'Nuns On the Bus' roll in to KC 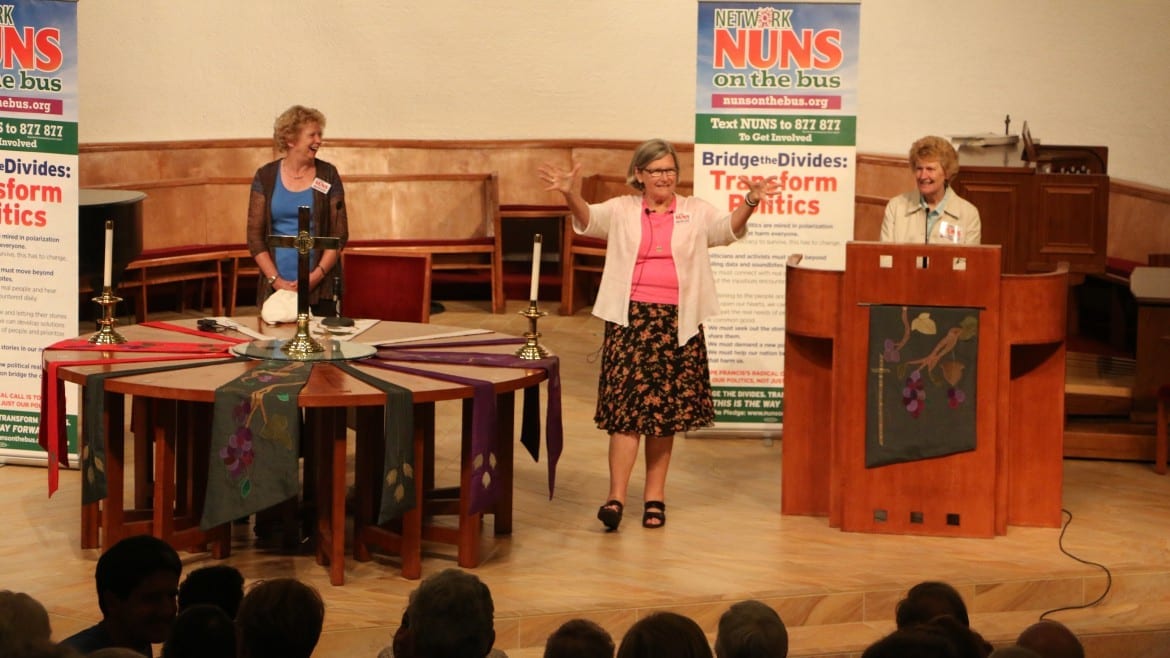 The "Nuns on the Bus" tour stopped in Kansas City on Sept. 11, 2015. (Photo by Bridgit Bowden/ Flatland)
Share this story

It’s rare to see a crowd of people cheering for a group of nuns. But that’s exactly what happened when the “Nuns on the Bus” held a town hall meeting Friday, Sept. 11, at Community Christian Church near the Plaza in Kansas City.

“Nuns on the Bus” is a project of NETWORK, a national Catholic lobbying organization focusing on economic and social issues. This tour, which is the project’s fourth, began in St. Louis on Sept. 10 and will continue to 10 other cities before arriving in Washington, D.C. The tour’s stated focus is on building an economy of inclusion.

At the town hall meeting, the crowd divided into small groups to discuss problems like racism, economic inequality and poverty in Kansas City. Sister Simone Campbell, executive director of NETWORK and organizer of “Nuns on the Bus,” said the key to addressing these problem lies with regular people.

“We the people can do it,” she said. “Not we the politicians, not we the really really rich people, not even we the economy.”

This “Nuns on the Bus” tour was organized in response to Pope Francis’s upcoming first visit to the United States. While American nuns, including Sister Simone Campbell, have come under scrutiny from the Vatican in the past, the Nuns feel that under Pope Francis, the Catholic Church is now supporting their message.

Sister Rosemary Flanigan, a sister of St. Joseph of Carondelet in Kansas City, said even without the new pope, she would support the nuns in their mission to focus on the common good.

“Politics is in such a bad state that we need programs like this,” she said.

Most of all, Sister Rosemary said she was happy to see such an energetic crowd supporting the Nuns.

“It’s fun to grow up and see that nuns are trendy,” she said. 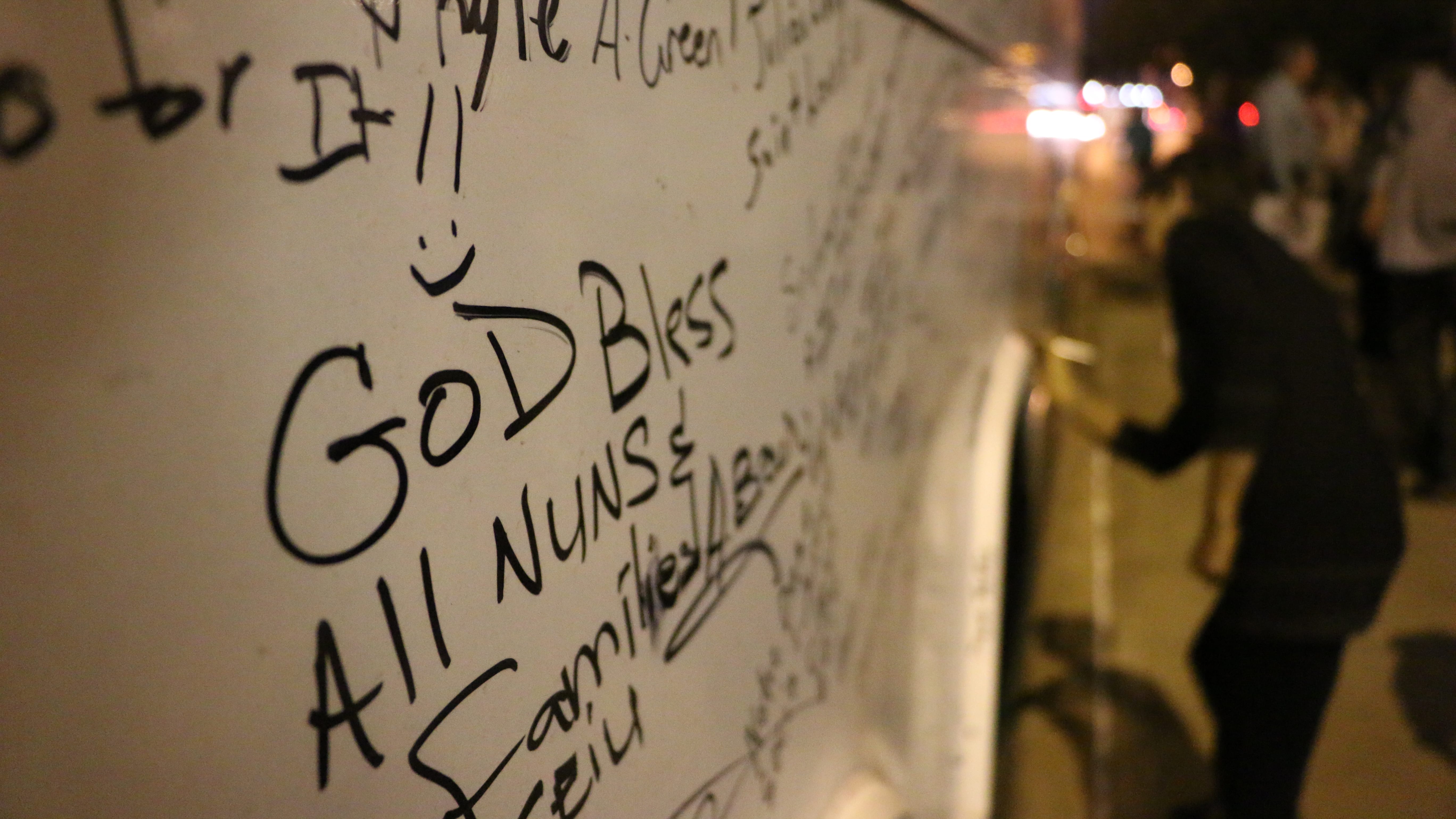 Age of Coronavirus: Learn From Scars Left By the Virus Crisis