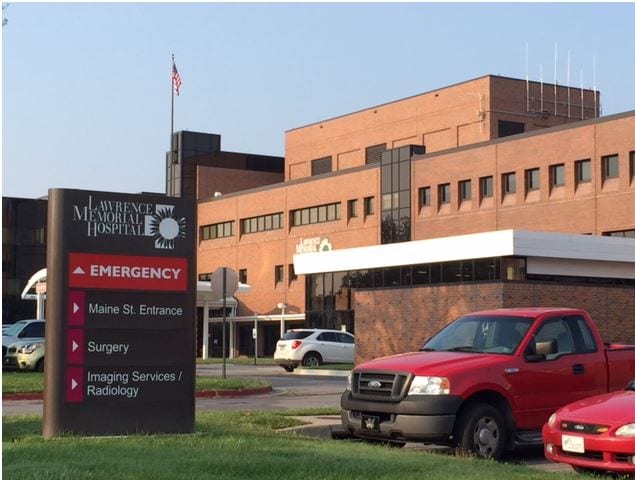 The lawsuit filed in U.S. District Court in Kansas City, Kan. on behalf of Megen Duffy alleges that top hospital officials knew about the fraud, which began in 2007, and threatened to fire employees who objected.

Duffy worked as a registered nurse at LMH from August 2009 until she was fired in October 2013 for allegedly threatening another employee. The complaint states that the reason for Duffy’s termination was “fabricated” and notes that she objected to the record-keeping policy on several occasions.

Specifically, the lawsuit charges that emergency room personnel were instructed to alter the arrival times of possible heart attack patients to coincide with the times automatically generated by the electrocardiogram monitors.

According to the complaint, the practice was in part designed to conceal “any time the patient spent in the waiting room, at registration or in triage.”

Submitting records to the Centers for Medicare and Medicaid Services that indicated patients with heart attack symptoms were being connected to EKG monitors the minute they arrived significantly improved LMH’s performance data, according to the complaint. The inflated scores qualified the hospital for higher incentive payments under a federal law designed to reward hospitals for meeting high standards of care.

Janice Early, vice president of communications and marketing at LMH, said Friday that hospital officials were not yet aware of the lawsuit.

“But I can unequivocally state that the hospital has no such policy to falsify any kind of documentation to maximize reimbursement,” Early said.

Olathe attorney Robert Collins, who represents Duffy, said false-claims actions are held to a higher standard than other kinds of lawsuits to dissuade frivolous claims being pursued on behalf of the federal government.

“So, these cases don’t get dismissed the way some other cases do,” Collins said in an interview. “We’ve got some strong witnesses and some strong evidence to move forward with.”

The lawsuit was originally filed more than a year ago but was sealed until recently so officials from the U.S. Justice Department could investigate the charges and decide whether to join the case. They chose not to participate and the case was unsealed.

The department’s decision isn’t necessarily a reflection of the merits of the LMH case. Due to staff limitations and other factors, the government intervenes in fewer than 25 percent of false claim lawsuits filed on behalf of the government.

“So, an increasing number of these are being declined and left to the private attorneys to pursue on behalf of the government,” Collins said.

In 2014, the federal government recovered more than $2.3 billion in health care-related false claims. Those cases involved Medicare, Medicaid and TRICARE, the health care program for the military.

The LMH lawsuit doesn’t specify how much Duffy is attempting to recover for the government, but Collins said when combined with penalties, it could reach as high as $10 million. If she prevails, Duffy would be entitled to between 25 percent and 30 percent of whatever is recovered.

Recent reductions in Medicare reimbursements have put many hospitals under financial pressure, particularly those operating in states that haven’t expanded their Medicaid programs to offset the cuts.

Kansas is one of 19 states that has not expanded Medicaid eligibility to levels called for in the Affordable Care Act. The nonpartisan Commonwealth Fund estimates that if Kansas policymakers continue to say “no” to expansion, it will cost the state nearly $1 billion additional federal funds over the next seven years.