What’s the Oldest House in the Kansas City Area?

You Asked and We Made Ourselves at Home 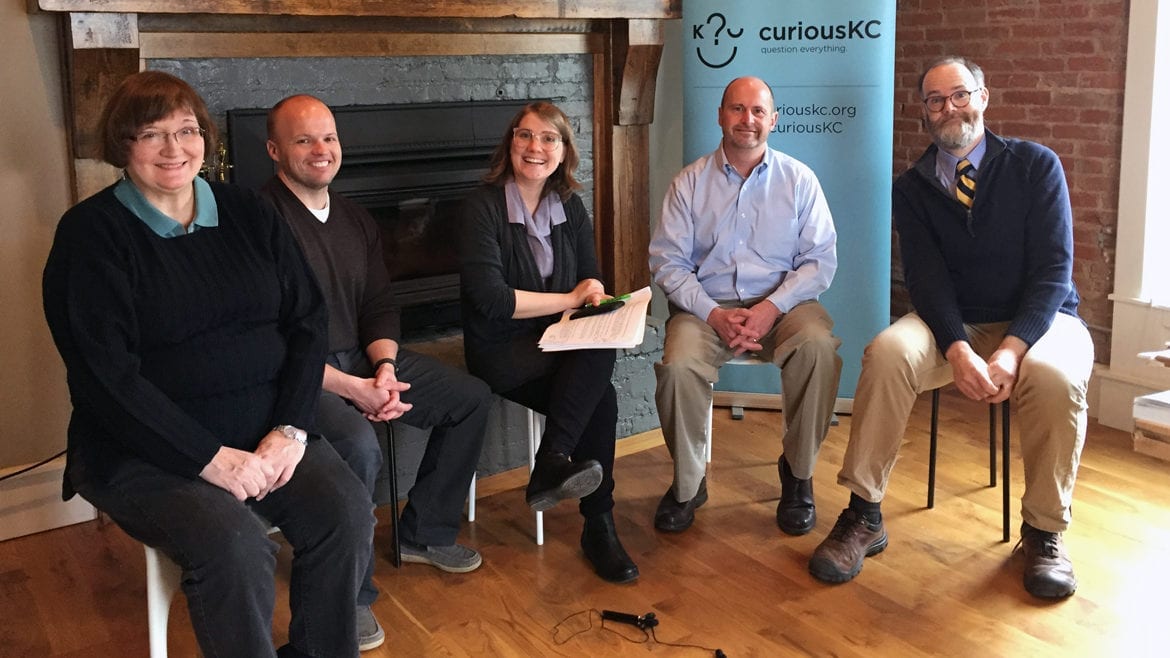 Our panel went live in historic Three Gables to answer a question from Del Candler, left, who asked curiousKC about the oldest house in metro. Find the full video below for this answer plus discussion around real estate over time in the area. (Kelly Lynch-Stange | Flatland)
Share this story

Retired teacher Del Candler can trace her ancestors’ arrival in Jackson County to the 1840s, and wondered what structures remain from that period and Kansas City’s origins. She asked curiousKC, “What is the oldest house still standing in the Kansas City area?”

With help from the Missouri Valley Room at the Kansas City Public Library and the book Kansas City: A Place in Time edited by Bradley Wolf, curiousKC found a list of the oldest, still standing homes in Kansas City. As far as we currently know, a house called Three Gables is the oldest, and was dated to 1824. It had some additions and is a rare example of gothic architecture in our area.

Three Gables is now home to the Real Estate Store, which is owned by Mike Yeates and Andrew Mackey. When they acquired the property a few years ago, the house was in rough shape and the yard overgrown. They’ve worked diligently with the help of their families to bring Three Gables back to life and graciously allowed curiousKC to host on site a Facebook Live about Candler’s question.

For Candler, the live show brought a new perspective.

“I was surprised to find out that there were such early settlers in the Liberty area,” Candler said. “I have been inspired to research the history of the house my grandparents lived in. I didn’t know that was available.”

Joining Candler for the Facebook Live discussion were Michael Wells from the Missouri Valley Room, Bradley Wolf who is Kansas City’s City Historic Preservation Officer, and Mike Yeates with the Real Estate Store. In addition to discussing Three Gables, the panel chatted about researching house history and changing housing demands.

We’re live at Three Gables (The Real Estate Store) for our second round of the #curiousKC Facebook Live series. Today, we’ll answer this question submitted by curious reader, Del Candler: What is the…

The Poage-Arnold Residence – Three Gables (and the site of our Facebook Live). (Photos: Hilary Becker | KCPT)

One thought on “What’s the Oldest House in the Kansas City Area?”