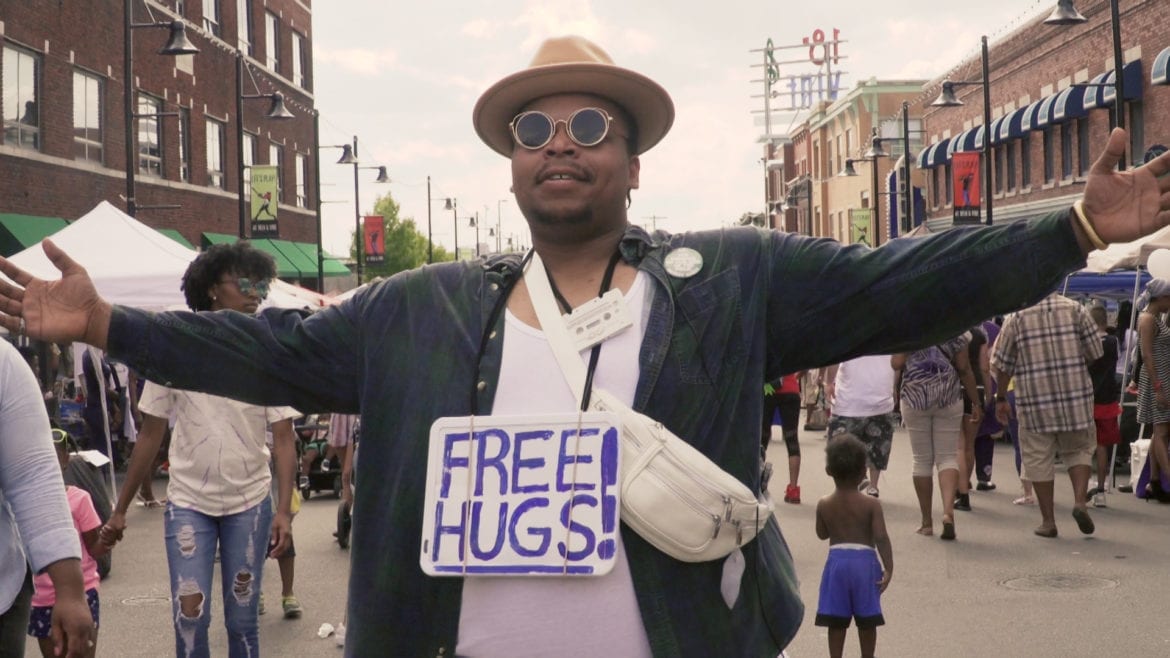 On Saturday, vendors transformed 18th Street in Kansas City, Missouri’s, historic Jazz District into a hub of black-owned businesses, doing business to the booming bass pumped out by a DJ spinning a mix of ‘70s funk and ‘90s R&B.

The occasion was the city’s JuneteenthKC Heritage Festival, which commemorated Gen. Gordon Granger’s post-Civil War ride into Galveston, Texas, where he informed slaves that they had been liberated years before. Today marks the 154th anniversary of that event, and June 19 has become a national celebration for the black community and its supporters.

The presence of black business was an important part of the local celebration.

Entrepreneurship and keeping the black dollar in the black community are large parts of Juneteenth for many. Samplings included everything from food to soaps and paintings.

Ignoring the heat, children played games and chased each other on the great lawn in the Jazz District. Adults attended to the serious business of voter registration and veteran education. One man, Clark Rooseveltte, even gave out free hugs.

This was surely the vision of Horace Peterson III, who organized the city’s first Juneteenth celebration in the early 1980s when he was the director of the Black Archives of Mid-America Kansas City.

The celebration fizzled out only a couple years after Peterson died in 1982, but his daughter, Makeda Peterson, revived the event in 2012. She now serves as the Juneteenth program director.

“I wanted to restart the Juneteenth celebration because of the history and the connection to my father,” Peterson said. “It brings positivity to the area and to the community.”

How One Kansas City Hospital Treated Segregation in the ‘50s During a snowstorm in early January, Carol Johnson’s power went out, so her neighbor invited her over for dinner. They started talking about Queen of the World Hospital, a now-shuttered medical facility dating back to the ‘50s that employed and…

She has expanded Juneteenth to a month-long celebration, which includes events such as parades and health fairs, and partnerships with some of the area’s museums.

One of her partners is the Nelson-Atkins Museum of Art, which currently is displaying 30 Americans, a collection of experiences told by 30 African American artists.

“We want people to enjoy the festivities and also learn about institutions in the community,” Peterson said.

– Catherine Hoffman is an intern at Kansas City PBS