‘My Journey Has Just Begun’ 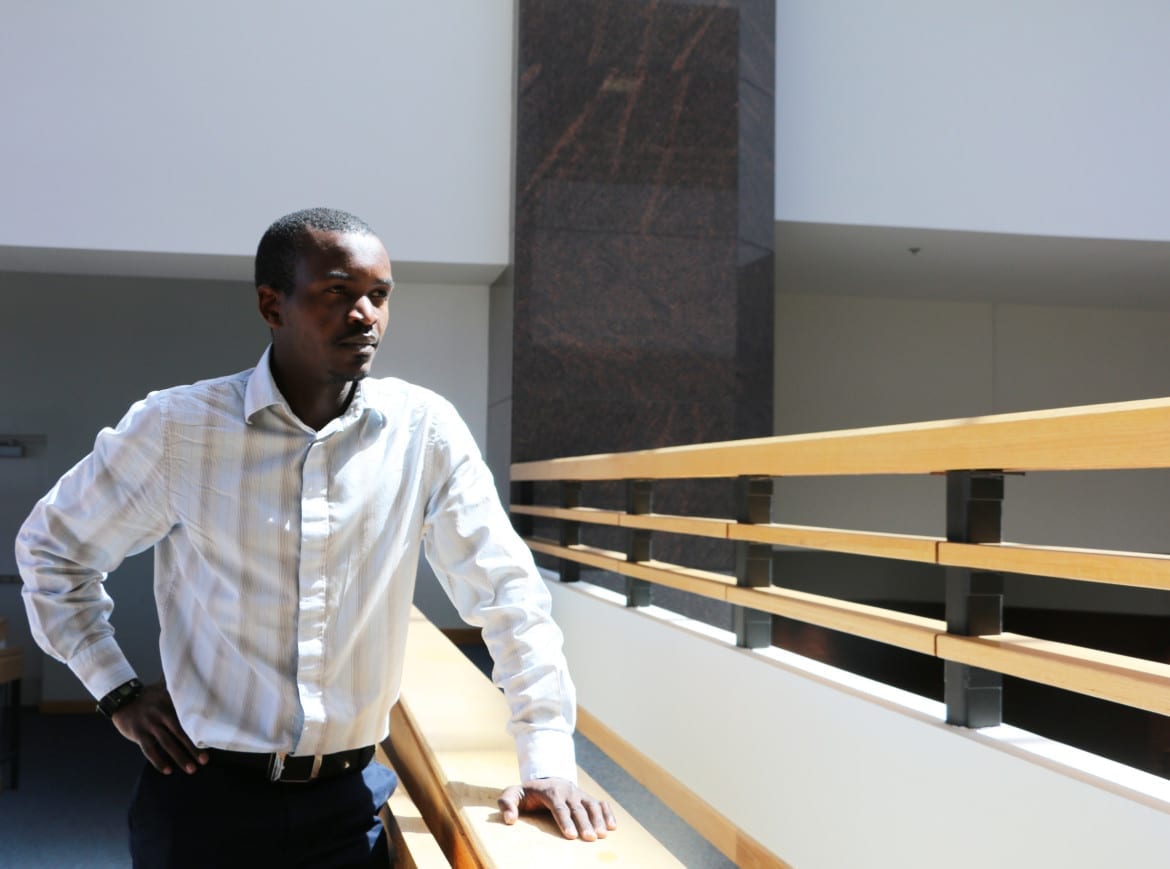 Henry Lubega just wanted to get out alive.

Lubega, a student at Johnson County Community College, lived in Uganda and faced hardships most Americans could not begin to fathom. But his courage and willpower have allowed him to trump daunting perils to achieve his goal of getting an education in the United States.

A key part of his dream is to return to his homeland and use his education to make a difference in Uganda. 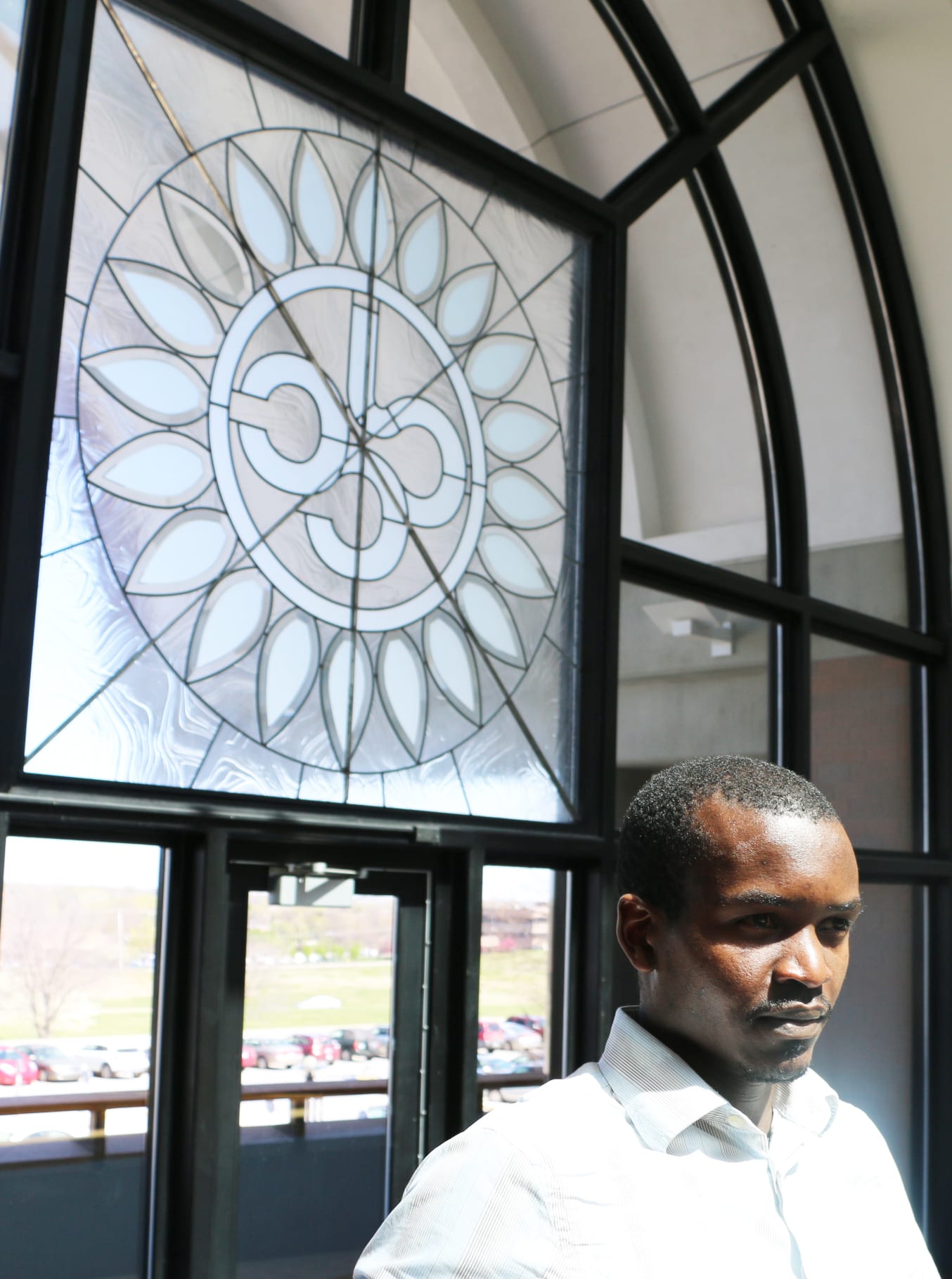 JCCC counselor Dave Ellis says this is rare: Most international students are satisfied simply with receiving an education in the United States.

“The majority of international students that I’ve worked with are here to go and get a four-year degree somewhere,” Ellis says. “They come here to get the general ed credits out of the way to move on to go to KU or UMKC.”

But Lubega is not a typical international student. His stern gaze during his interview seems evidence of his determination to see his dream come to fruition.

“I’m utilizing every opportunity that comes my way,” Lubega says. “I’m at JCCC learning, which will see me get back to Uganda and make it a better place.”

Lubega’s aspirations to return to his native country are especially remarkable given the amount of turmoil he’s had to endure.

Lubega was searching for a job in his home country when he came across a flier offering work for the United Nations in the war-torn Democratic Republic of the Congo. As he got his passport and crossed the border into the DRC, all hell broke loose.

On a recent day at JCCC, Lubega sits stone-faced in a chair and recounts the horrific events he was forced to endure.

“We were seized by militants and stripped of all our belongings, including clothes, and were given combats,” he says. “We were thrown in the back of a truck of which we were driven seven hours into the interior and laid into an empty hole, where we spent the night. Next morning, we were at the training grounds in a place we came to know as ‘Lumangabu.’ So we were trained for two weeks and then sent to the front lines.”

Lubega subsequently experienced the tribulations known only to a select few. He was forced to fight and exchange gunfire with people he did not know for reasons he did not understand.

“I didn’t have any idea of why I was fighting,” Lubega says. “I just had to fight.”

In his desperation to flee the militia, he decided to risk it all in the pitch-black of night and attempt an escape when he saw his chance.

“It was hard to escape because I had seen several examples right before us, and these included people who attempted to escape be captured and brought back and killed right in front of us,” Lubega says. “So it all made it quite difficult, and at some point, I was put on an escort unit of a colonel, Colonel Jimmy. On one of the trips, he managed to go to a place near the Ugandan border. So upon reaching there, I knew that was my chance to make it. … I spent three days moving at night.”

“I didn’t have any idea of why I was fighting. … I just had to fight.”

After she learned of the recent hardships Lubega faced, Mackenzie Jones, an American who had taught at a Ugandan school with Lubega, told retired University of Kansas journalism professor Malcolm Gibson, who was working in Uganda, about Lubega. As Gibson got to know Lubega and heard about his struggles, he decided to help Lubega get to the United States for an education.

Gibson and Jones raised over $14,000 to get Lubega to America. Most of the money was obtained through small donations. Exposure through an article about him in the Lawrence Journal-World also helped.

Transporting him to the U.S. wasn’t a seamless transition, however.

With Lubega’s permission, Gibson has decided to write a book detailing the events of Lubega’s life. He is aware it may be painful for Lubega to revisit these experiences, but Gibson believes it is a story worth telling.

“[Lubega] has been giving it a lot of thought,” Gibson says. “He’s suppressed a lot of what he went through because of just how horrendous it was. And I’ve been drawing him out slowly about some of the experiences and telling him he needs to revisit these. We need the details.”

Although Lubega is now able to live without experiencing constant conflict and strife, he has not lost sight of his desire to help his Ugandan brethren.

“My journey has just begun,” Lubega says. “I’m going to get everything I learn and take it back with me to Uganda. I can teach thousands of students who don’t have the opportunity I have right now.”

Securing the Cornerstone of the Johnson County Land Boom