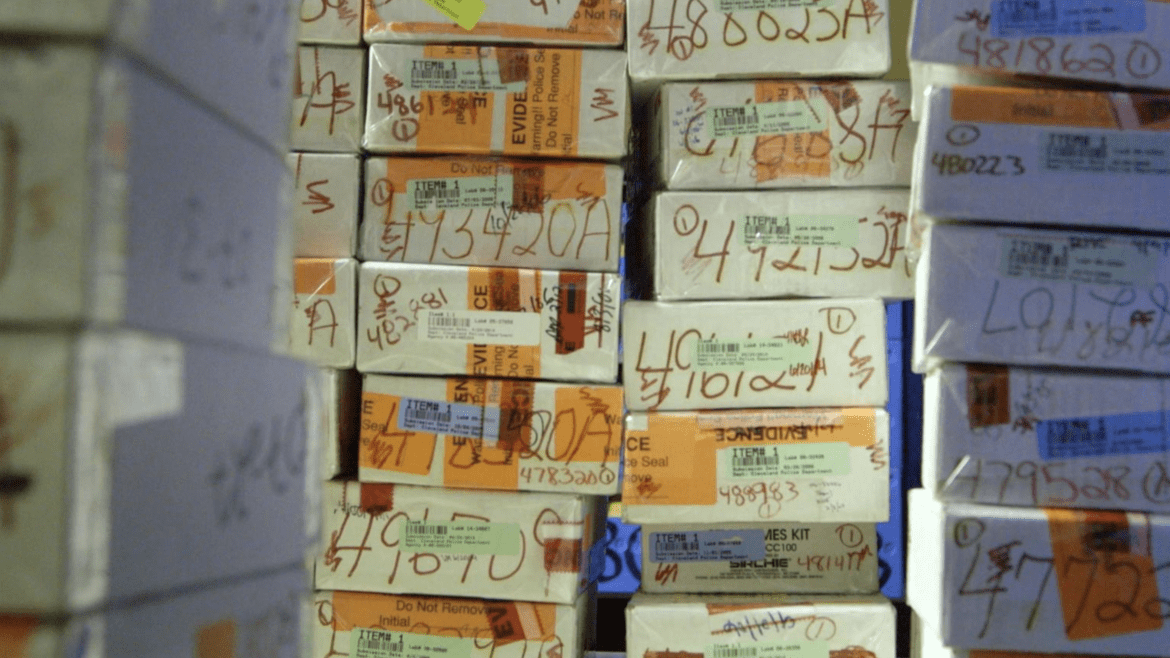 A report from the Missouri Attorney General's office found there are nearly 5,000 untested rape kits across the state. (Contributed | Joyful Heart Foundation)
Share this story

The First Votes Have Been Cast

Election Day may not be until November, but the first ballots have already been cast here at home. Absentee voting started Tuesday in Missouri. Early voting begins in Kansas on Oct. 22.

While the country tuned into the hearings over sexual assault allegations levied against Judge Brett Kavanaugh, the spotlight is also on how sexual assault accusations are investigated locally. A report from the Missouri Attorney General’s office found there are nearly 5,000 untested rape kits across the state. And the backlog is worst in Kansas City. According to the audit, the longest average turnaround time for rape kits was 211 days at the Kansas City Police Department’s crime lab. It’s estimated it could take five years to test the backlog of old kits without any new cases being added.

KCPD Crime Laboratory Director Linda Netzel told KSHB that it has to do with how cases are categorized. In Kansas City, Missouri, homicides, robberies, rapes, and aggravated assaults are all treated with the same level of priority.

Sanders Can Still Collect His Pension

Former Jackson County Executive Mike Sanders was sentenced to more than two years behind bars last week. But it’s been ruled that he’ll get to keep his government pension. And that’s no small amount. When he turns 65, he’ll receive $100,000 a year.

Amendment #1 Will Be On Missouri Ballot

After a number of court rulings that pushed Amendment 1 off the ballot, then back on again, Missouri voters will have a chance to vote in November on the constitutional amendment. It limits campaign contributions and lobbyist gifts and changes the way legislative districts are drawn. The Missouri GOP says the curb on campaign money and gifts to politicians is just a distraction from the real aim of the amendment, which Missouri Republican Party Spokesman Chris Nuelle said “[is] radically redistricting Missouri to solely benefit liberal Democrats.”

Three months ago, tempers flared on the Kansas side as long lines formed to get a driver’s license. There were claims that things would be fixed with expanded hours, additional workers and a promise to open new locations. But news reports this week showed little change. Motorists are still experiencing long lines to get in the driver’s license office in Mission. And a number of drivers went to the Olathe office and said they were turned away because it was overcrowded.

After years of complaints about unsafe and unsanitary conditions at the Jackson County Jail, lawmakers are finally moving forward with plans to build a new one. The new detention facility would be built on land east of I-435 near Truman Road. Construction could begin as early as next summer. It would be funded by a property tax hike. Some are critical that county legislators are moving forward with the $180 million project without seeking voter approval first.

Meanwhile in Johnson County, Kansas, earth is finally moving on one of the metro’s most beleaguered development projects. Construction workers have been spotted along Shawnee Mission Parkway on the site of the former Mission Mall, which was demolished in 2005. The 16-acre parcel has been vacant ever since. This current project is a far cry from early plans to build the region’s largest aquarium. Today, developers are promising 170 apartments above first-floor retail shops. It’s expected to be completed in April 2020.