As It Happens, You Can Have Both on Super Bowl Sunday 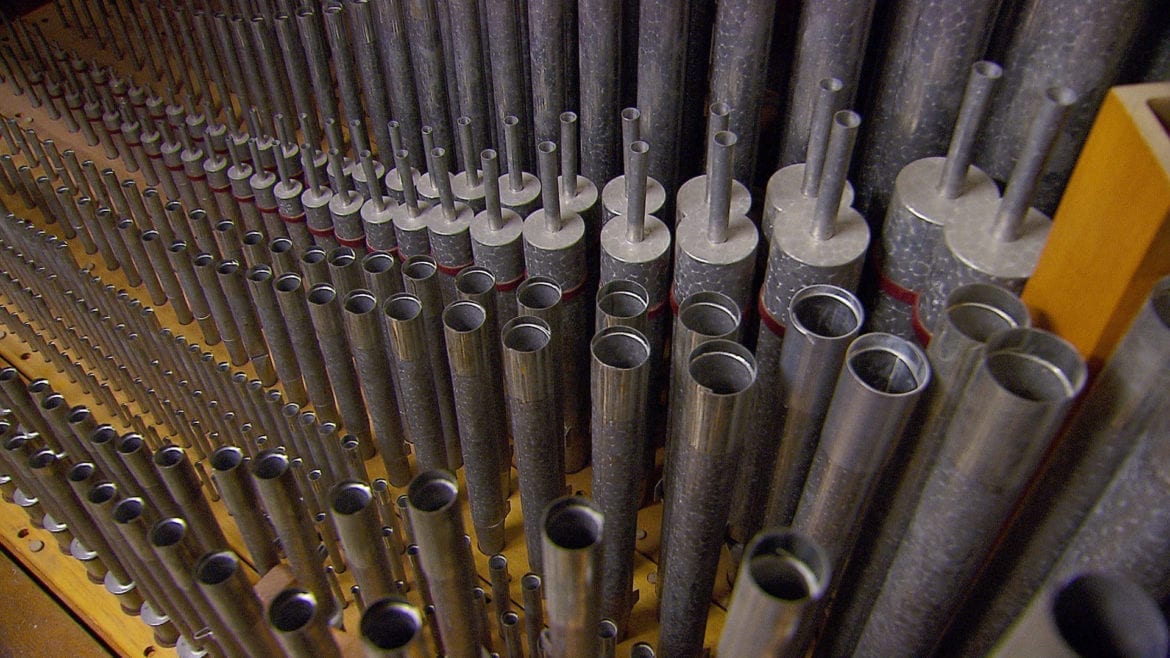 The organ at Community of Christ auditorium in Independence, Missouri, has 6,334 pipes, making it one of the largest such instruments in the Midwest. (Dave Burkhardt | Flatland)
Share this story

Jan Kraybill’s got nothing against football. In fact, she’s come to love the Kansas City Chiefs.

But you might say Kraybill fumbled the planning of her debut concert as principal organist at Community of Christ church in Independence, Missouri.

It was not until about a month before the January 1999 concert, with promotions already in full swing, that her brother-in-law pointed out her gridiron gaffe. “Do you realize what you’ve done?” he asked, telling her that she had missed Super Bowl Sunday in carefully choosing a date that did not conflict with other local artistic events.

But Kraybill stood strong, declaring she would go through with the concert, even if only her mother and husband showed up. When the concert drew 350 people, a tradition was born, and in some subsequent years attendance has swelled to double that of the first year.

And the 18th annual concert is fast approaching, with Kraybill promising some “really fun visual and audio effects” from the church’s technicians. The program will also mark the first-ever performance of new works by Kansas City composer Dale E. Ramsey.

Community of Christ alternates the concert each year between its 5,800-seat auditorium and its much smaller temple. Each has a pipe organ. 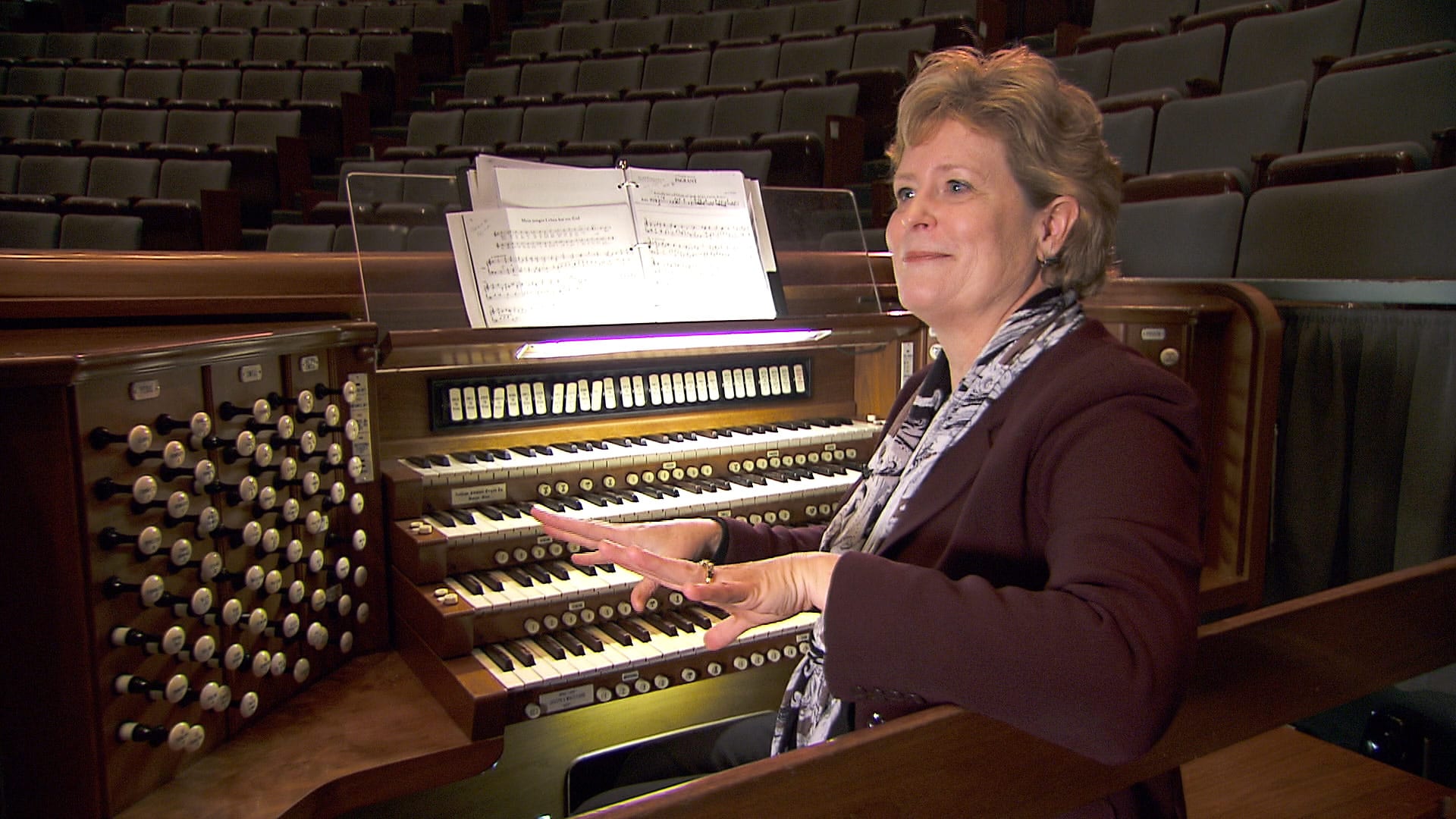 “I’ve had sports fans show up to the concert because they’re curious,” said Kraybill, who is also the organist for the Kauffman Center for the Performing Arts. “It brings people together who might not always cross paths.”

Kraybill narrates each piece, and with cameras trained on her feet and hands, big screens allow the audience  to see her at work.

A pipe organ produces sound by forcing pressurized air, called “wind,” through pipes chosen by working a keyboard. Each pipe has a single pitch, and the organ has what are called “ranks,” which are groups of pipes. Each rank produces a common timbre and volume.

Cost:  Free and open to the public. No reservations required.

Theme: “Conversations: The Art of Interaction”

As presiding evangelist at Community of Christ, Jane Gardner is Kraybill’s boss. Gardner has attended all of Kraybill’s Super Bowl Sunday concerts.

She called Kraybill a “very special and engaging type of performer” who works hard to connect the concert to the big sporting event of the day.

Another admirer, and mentor, is John Schaefer. He recently retired after 40 years as the organist at Grace and Holy Trinity Cathedral in Kansas City, Missouri, and Kraybill has dedicated two pieces to him this year.

“She’s a fine, fine organist, pianist and person,” Schaefer said. “I know that there’ll be some amazing things at this concert. She does some old favorites, but she’s really imaginative with her programming.”

Kraybill values the Super Bowl Sunday concerts because they expose the pipe organs to a wider audience. 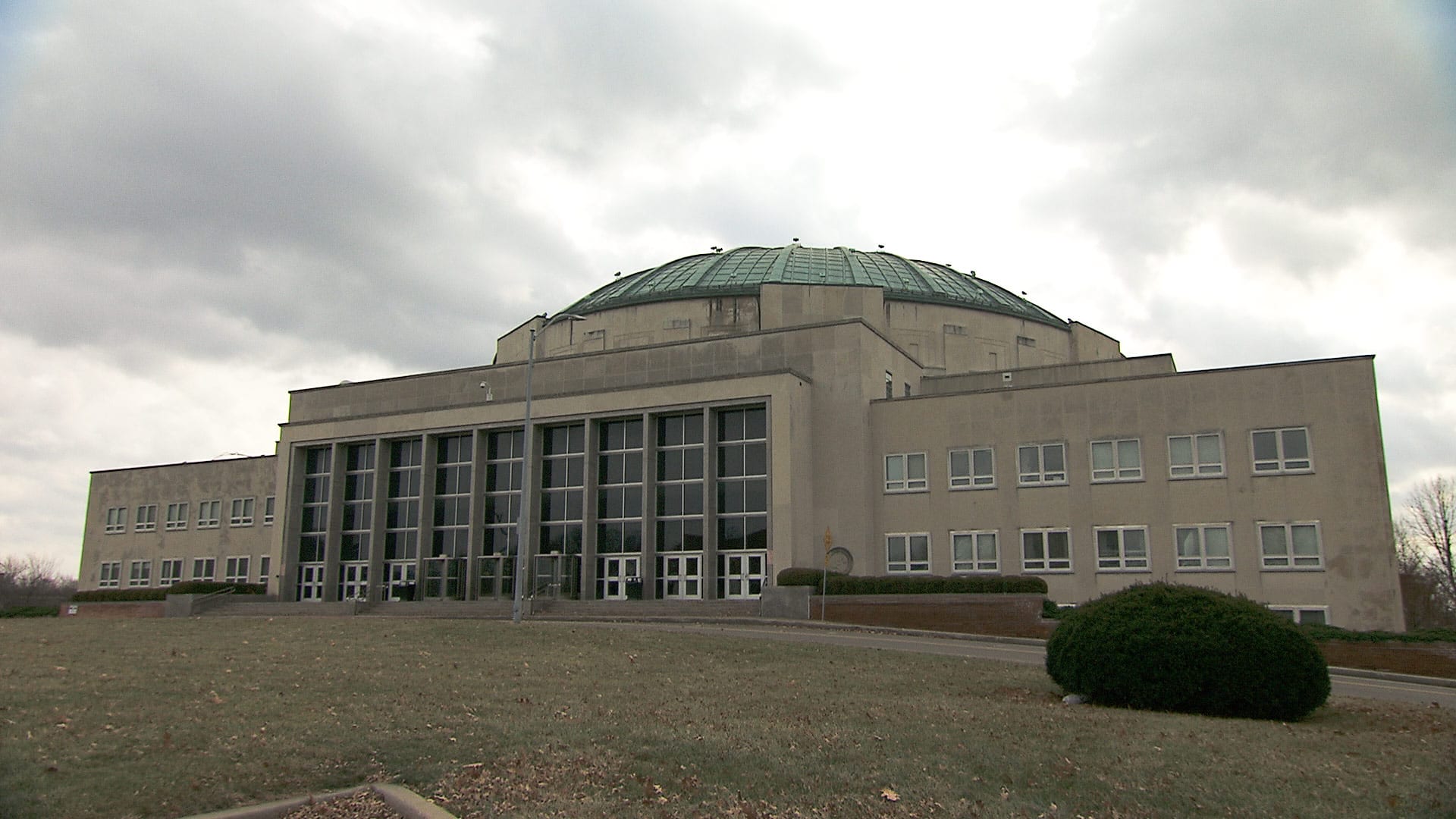 They also further her belief that music can bridge religious and philosophical divides, especially for a nation that now seems as polarized as ever.

“I want to create a concert to inspire people despite our differences,” she said. “No matter where I play, and where the concert is, it’s bigger than me and what I play. Art can be the catalyst and a safe place to express emotions that might not be best expressed in words.”

Among the pieces Kraybill will play to communicate with her audience this time around is one with a familiar, traditional melody but a new arrangement. Her audience is in for a surprise.

Jerry LaMartina is a freelance writer living in Shawnee. Comment below or find us on Twitter @FlatlandKC