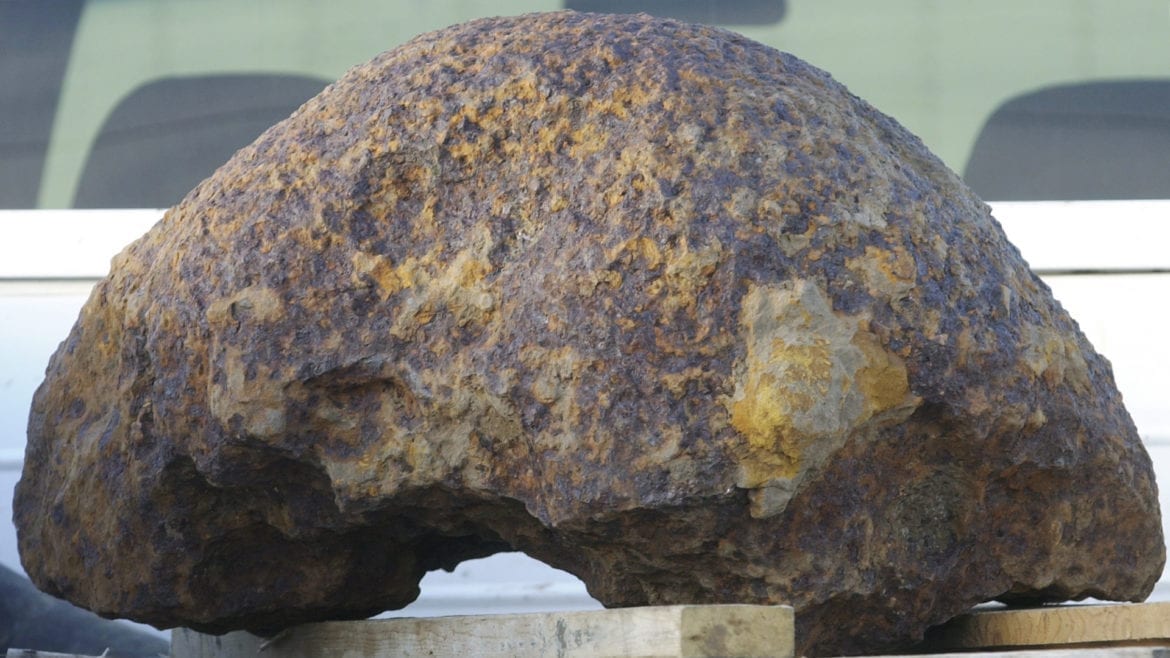 A 1400 pound (635kg) space rock sits on a pallet in a truck in Haviland, Kansas, Thursday, Nov. 10, 2005. The world-famous Brenham meteorites are a collection of space rocks that fell to Earth in the present-day Brenham Township near Haviland about 20,000 years ago. (AP Photo/The Wichita Eagle, G. Marc Benavidez)
Share this story

Fifty years ago, American Neil Armstrong became the first person to walk on the moon. He took his “one small step for man” on July 20, 1969. PBS is using that historic event as a hopping off point — so to speak — for its “Summer of Space,”  which begins tonight.

While astronauts have hurtled skyward, meteorites have plunged the other way. The Meteoritical Society, an international scholarly organization, has plotted tens of thousands of impact sites on Earth.

In conjunction with the “Summer of Space,” Flatland used the Meteoritical Society data to plot known meteorite strikes in Missouri and Kansas. (See the interactive map below.)

The largest known meteorite to land in either Kansas or Missouri was called Brenham, and weighed in at a hefty 4.3 tons, or 8,600 pounds. It fell to the Earth approximately 20,000 years ago, and was finally discovered in 1882 near Haviland, Kansas. It is made up of mostly nickel, a naturally-occurring metallic element with a silvery-white, shiny appearance.

—Brian Perlman is a summer intern for Kansas City PBS

n conjunction with PBS’ “Summer of Space,” Kansas City PBS is highlighting local stories about that historic time as well as other area celestial highlights.

Why Eclipses Have Always Fascinated Us

You Asked About Light Pollution and We Looked to the Stars