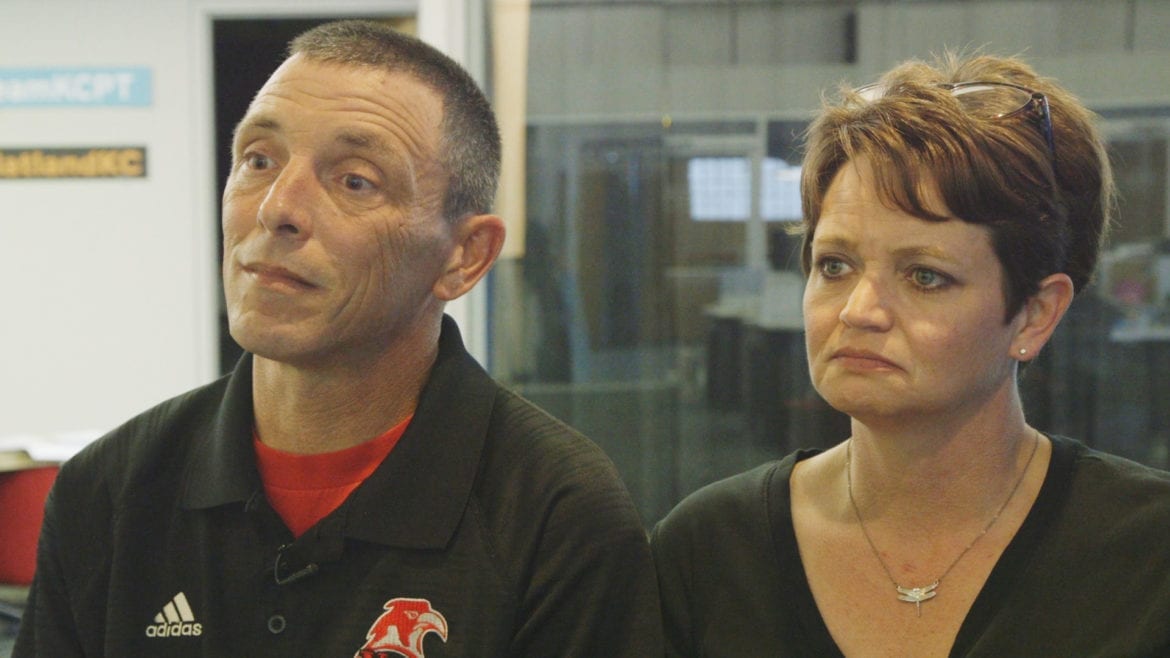 All James and Tracy Kilventon want is for justice to finally be done.

After almost 30 years of investigations, a trial, guilty verdicts, unsuccessful appeals and continuing questions, they say, justice still eludes them.

But the recent release of one of the defendants convicted in the 1988 death of James Kilventon’s father and five other Kansas City firemen has emboldened the Kilventons to go public.

They have grave doubts that the right people went to prison.

“I like to think that the court system works, but in this case it didn’t,” James Kilventon told Flatland in an exclusive interview, adding “at least it hasn’t yet.”

The U.S. Department of Justice, which prosecuted the case, has consistently said otherwise.

Outliers, But Not Alone

The Kilventons are far from alone in doubting the convictions in the case.

All five defendants were convicted in 1997 of setting arson fires nine years earlier at a U.S. Highway 71 construction site — fires that erupted into an explosion that killed the six firefighters battling the blaze.

The blast was so massive it cracked foundations and broke windows miles away.

Many in the legal community here have long doubted those convictions. So have others, including at least one survivor on the scene that morning and several prosecution witnesses who have since recanted their testimony.

Even U.S. District Judge Fernando J. Gaitan, who had denied earlier appeals in the case, appears to have doubts. He acknowledged some of the problems with the case in his order last month <Mar. 3> releasing Bryan Sheppard, one of the five defendants serving life terms in the case, after 22 years in prison.

The others remain in prison.

“I like to think that the court system works, but in this case it didn’t” — James M. Kilventon, son of firefighter James H. Kilventon

The Kilventons’ newly articulated stand puts them at odds with at least some of the other family members of the fallen firefighters. Several — but not all — of those families argued passionately against Sheppard’s release during a February court hearing.

“It’s how they feel … it’s just how they feel,” James Kilventon said. “I would like to have them change their opinion, but I can’t.”

Kilventon’s doubts about the convictions, which began during the 1997 trial in the case, also angered Kilventon’s mother, Cecilia, who died in 2014.

Kilventon said he hopes the other family members don’t respond the same way to his airing of those doubts, adding, “I just want to get to the bottom of it.”

And he’s adamant about that.

“There was really no evidence to put him (Sheppard) there at the crime scene,” he said.

Kilventon also has questions about the prosecution witnesses in the case. While many of those witnesses testified that the five defendants admitted involvement, he said, some received consideration on pending legal problems in return, and some have since recanted.

“I’m not 100 percent sure they (all five defendants) are not guilty, but I lean toward that,” Kilventon said. “I guess this would be a good time to see if the other families would like to talk to me.”

What concerns Kilventon and his wife as much as anything in the case is a 2011 Department of Justice investigation prompted by stories in The Kansas City Star.

The report questioned assertions by some witnesses who told the newspaper they felt pressured by federal investigators to wrongly accuse the defendants. But the report also acknowledged for the first time that other people who were unknown to prosecutors at the time were likely also involved in the crime.

The U.S. attorney here and other Department of Justice officials have consistently refused to release the full report, most of which — including the names of the new suspects — has been redacted by government officials.

“Whole pages are just completely blacked out of it,” said James Kilventon. “It names new suspects, and they won’t let us see it.”

“All six families (of the firefighters killed that night) need to see what’s in there,” added Tracy Kilventon. She said she and her husband would be willing to sign on to a lawsuit seeking release of the full report, if and when one is filed.

They quickly extinguished an arson fire in a security guard’s pickup truck near the highway, then left to fight another fire on the site in an unmarked trailer that turned out to contain thousands of pounds of low-grade explosives.

They were soon joined by another pumper truck with three more firefighters, Capt. Gerald Halloran, Thomas Fry and Luther Hurd.

The trailer blew up a few minutes later, killing all six men.

Later that morning, Kilventon’s son James, a private first class in the U.S. Army assigned to Fort Campbell, Kentucky, was approached by superiors during training on the artillery range.

That’s when he got word of his father’s death and left for home. Two days later, he was back at Fort Campbell.

“He was a hard-ass, I’ll tell you that much,” James Kilventon said of his father. “But he loved to fish, and I loved to fish. We liked working on the truck, and he basically taught me how to be a man.

“I miss him … but he died doing what he loved. He loved being a firefighter.”

James spent another two years in the Army as the lengthy local and federal investigations into the arsons continued with no results. It went on so long, he said, that he began to think “they were going to chalk it up as an accident.”

Years into that effort, a local task force gave up on a theory that the arson fires were the result of union anger over the project’s non-union status. Investigators then turned to an earlier theory of the case.

Some nine years after the explosion, the federal government indicted five people from the nearby Marlborough neighborhood and tried them before a jury. They were all found guilty.

James Kilventon did not attend the trial. He didn’t care for the federal prosecutor in the case, he said, and he began to have doubts about the government’s theory that the five had gone to the site to steal tools, but were unsuccessful, and set the fires as a diversion.

An Act of Kindness

Bryan Sheppard was 17 at the time of the crime and the youngest of the five defendants.

Sheppard was released from prison last month, not because of questions about his guilt, but because of a U.S. Supreme Court decision that bars life sentences in some cases for defendants who were juveniles when their crimes were committed.

Sheppard denied during testimony in his resentencing hearing that he was involved in the crime — just as the other defendants have — and said that he thought about the firefighters every day.

That prompted Tracy Kilventon to write him a note.

“I had done some reading on my own, and I had some doubts as to whether he was guilty,” she said.

Sheppard got the card as he was walking out of a federal holding facility in Leavenworth, Kansas.

“Dear Bryan,
“There are so many things I want to tell you that written letters can’t convey. I asked my husband the other day if he thought about his dad every single day.
“He said no, not every day, that there are things sometimes that remind him of his father. So with that I encourage you not to think about the firemen every day. We all have to let go, that’s part of life. …
“Not all the families feel the same way as you see on the news. My husband has moved past the hurt and anger. I thought you should know. …
“I hope you adjust well when you get out and make the most of every day.”

In an emotional meeting at a local church, Kilventon and his wife have since met Sheppard in person and wished him well.

And they both continue to harbor doubts. “They may have been falsely accused,” James Kilventon said. “It’s hard for me to say.

— Mike McGraw is a special projects reporter for Flatland. Reach him at mmcgraw@kcpt.org, and follow his stories online at flatlandkc.org and @FlatlandKC