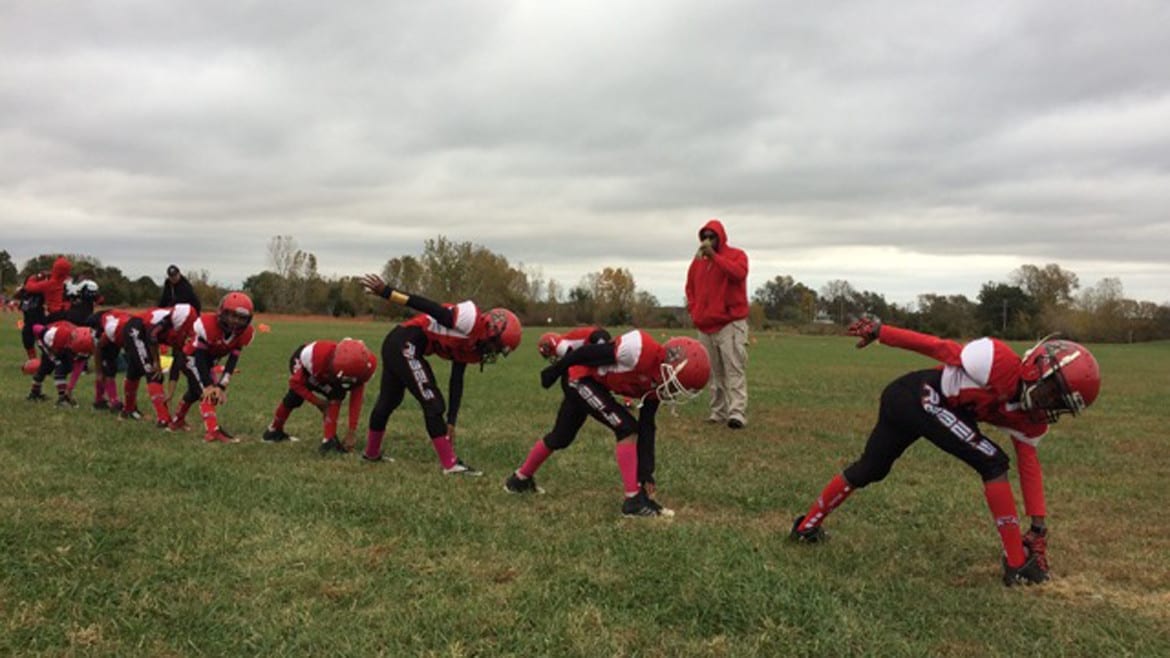 In our “Crossing To Health” series, we explore that health divide this week and looking at attempts to narrow the gap. Today’s story looks at the impact of green space on a community’s health. 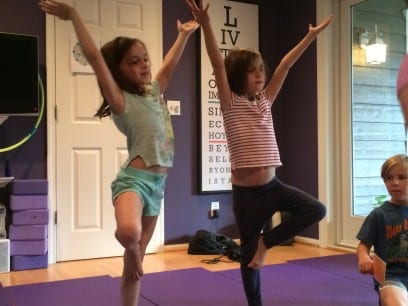 Take a Saturday morning bike ride along the Kansas side of the state line and you’ll see plenty of people playing tennis, soccer and jogging in Johnson County. Ride a bit farther north to Wyandotte County, though, and it’s hard not to notice that outdoor recreation is a much rarer phenomenon.

On a map, the counties appear to have about the same amount of parks and recreational space. But over several decades, Wyandotte County’s parks fell into a state of neglect and disrepair – to the point of being ignored by many residents.

Now that many Wyandotte County leaders are looking at ways to improve residents’ health, they’re reevaluating the importance of parks, hopeful their once-grand park system will undergo a rebirth.

To understand how different parks can be, it helps to visit them in person.

On the western edge of Kansas City, Kansas, in Wyandotte County, a team of 8-year-old boys in giant pads huddle up and shout a cheer led by teammate Cecil Cotton, a small powerhouse with a voice that can be heard across the field.

The elder Cotton is a coach in the KC United Youth Football league, which plays weekly in an empty field next to a church.

League organizer Adrion Roberson says that what happens here on Saturday mornings is about much more than fun and games.

“It causes community, so you have a community of families and teams that come together all for the kids,” Roberson says. 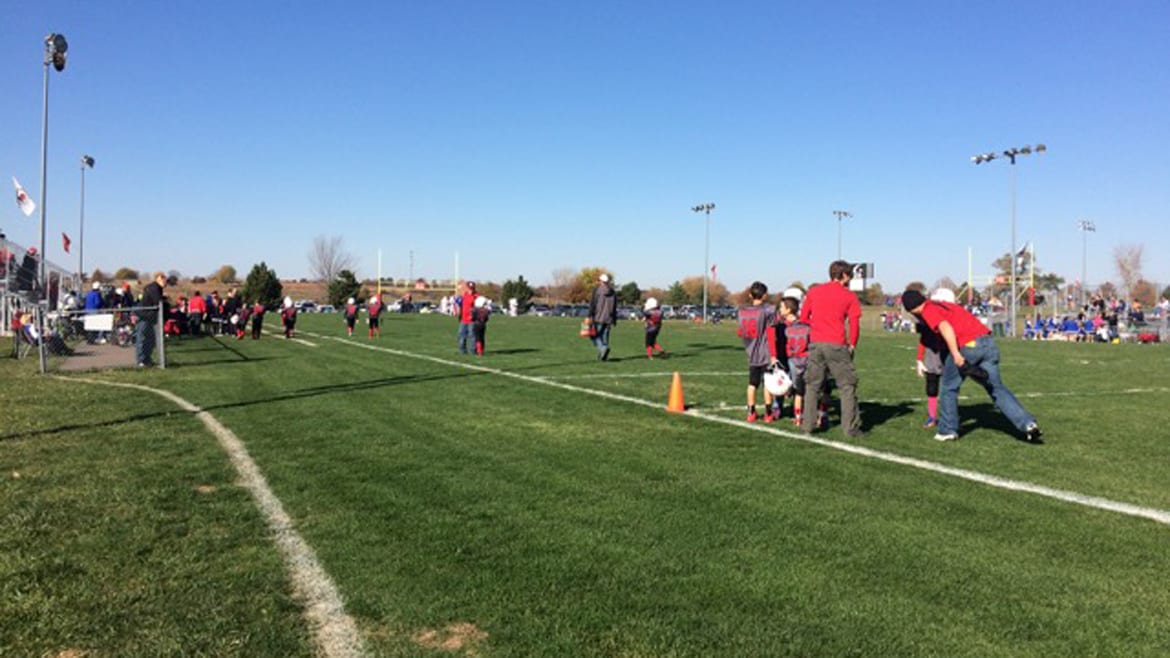 In Johnson County to the south, a similar scene unfolds, with cheering parents and diminutive athletes. But there’s the big difference: At Heritage Park in Olathe, Kansas, the fenced-off football complex boasts 10 carefully trimmed fields, towering light fixture and bleachers. Fans enjoy amenities that include a snack bar, ample parking, and restrooms.

The action on the field may be similar, but the facilities are in an altogether different league.

That wasn’t always the case.

Just west of downtown Kansas City, Kansas, you can see the green space, pond and stone walls that were created as part of the original Waterway Park 100 years ago.

“It was the Facebook of the 1900’s. It’s where everybody went to socialize,” says Jeremy Rogers, director of the Parks and Recreation Department for the Unified Government of Wyandotte County/Kansas City, Kansas.

The area was once home to an elaborate park system including sunken gardens, baseball fields and winding walkways. The park system was designed in part by George Kessler, the legendary landscape architect who masterminded Kansas City’s boulevard system and created renowned parks throughout the country.

But a few decades after Waterway Park’s creation, as white flight to the suburbs accelerated and the tax base eroded, the county started a long downward slide that reached crisis levels by the 1980s.

“So with that, tax dollars went away,” Rogers says. “People started moving out of the city. And once that hit, Wyandotte County’s parks system really bottomed out.”

An uptick in crime exacerbated the trend. Many residents no longer felt safe in certain parts of town. Today, the ’80s are often recalled as a time when community bonds seemed to wither away.

When Wyandotte County consolidated with the Kansas City, Kansas, government in 1997, the parks department was scrapped. Control of the parks was handed over to the public works department, which was essentially put on life support.

“They were understaffed,” Rogers says. “Not enough equipment. And they were just – as things happened – trying to react to it.”

The decline of urban parks in the wake of white flight wasn’t unique to Kansas City, Kansas, says James Sallis, a professor of family medicine and public health at the University of California-San Diego.

It happened in low-income areas throughout the country in the second half of the 20th century, he says. Urban planners now see it as a major loss.

“These are essential components of a community if you want your community to be healthy,” Sallis says.

It’s precisely residents of low-income communities who tend to need parks most. But green spaces alone are not enough.

“We find that parks without many facilities for activity get visited less and generate less physical activity, regardless of size,” Sallis says.

To attract residents, urban planners say, parks must have well-maintained sports facilities and trails, along with amenities like restrooms, water fountains and parking. And residents need to feel safe there.

The Unified Government brought back the parks and recreation department a few years ago with the help of grant funding. Since then, it has undertaken many incremental renovations and updates.

But now it’s got more ambitious ideas, including an expansion of the parks west of downtown Kansas City, Kansas, as part of the Unified Government’s “Healthy Campus” plan.

In the same vein, the Unified Government’s Healthy Communities Wyandotte program includes an infrastructure action team made up of community leaders who aim to build 20 miles of bike lanes, trails and sidewalks over the next four years.

Will that be enough to attract residents? If you build it, will they come?

“It probably takes a little more nudging than that,” Sallis acknowledges.

In the past decade, health experts working to eliminate food deserts have discovered that communities with new grocery stores often need to be reintroduced to healthy foods. And getting neighbors back into parks may require a similar strategy.

“If there are programs going on or events that are advertised, and your neighbors are going, then you’ve got multiple reasons to go to the park,” Sallis says. “You say, ‘Oh, I’ll go to this event. Looks like fun. And you get there, ‘Hey, this park has been updated and looks really good, so maybe I’ll come back again.’”

Rachel Jefferson, who heads the Historic Northeast-Midtown Association, is aiming to do just that – get people to take advantage of that green space.

Jefferson grew up in Kansas City, Kansas, left to attend college and recently returned to be part of what she hopes will be a renaissance for the area. 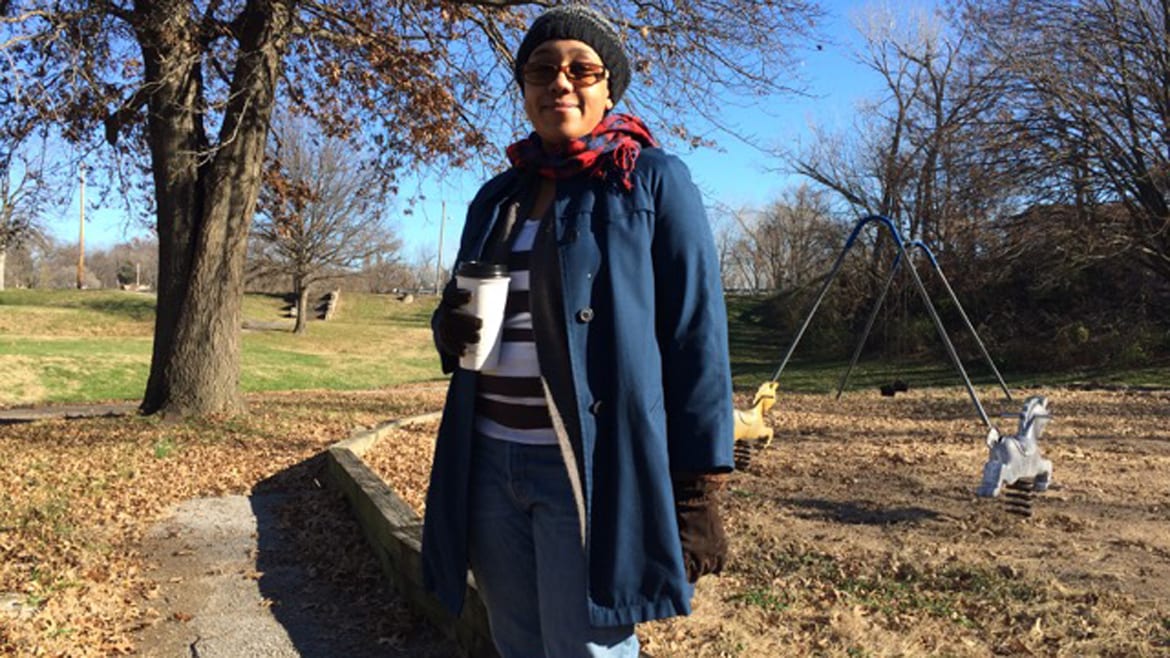 A few months ago she started a walking group to get people out on the Jersey Creek Trail, which was renovated in 2015.

“It’s in the little victories, as much in life is anyway,” Jefferson says.

Even if it’s slow going at first, the idea is for groups like hers to get more people to use the county’s parks. And she’s hopeful that improved physical health will be just one of its many benefits.

“The more we can spend time together, getting to know each other, and breed that sense of community, the stronger our community will inherently become,” she says. 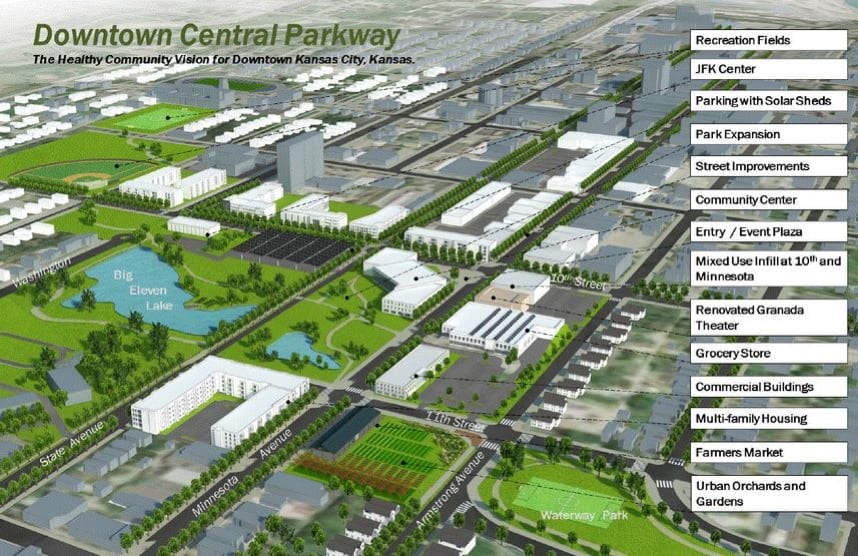 Racing to Embrace Nature During the Pandemic

Folks Are Flocking State Parks and Other Sanctuaries

You Asked, and We Went Back in Time

Which Park is for You?