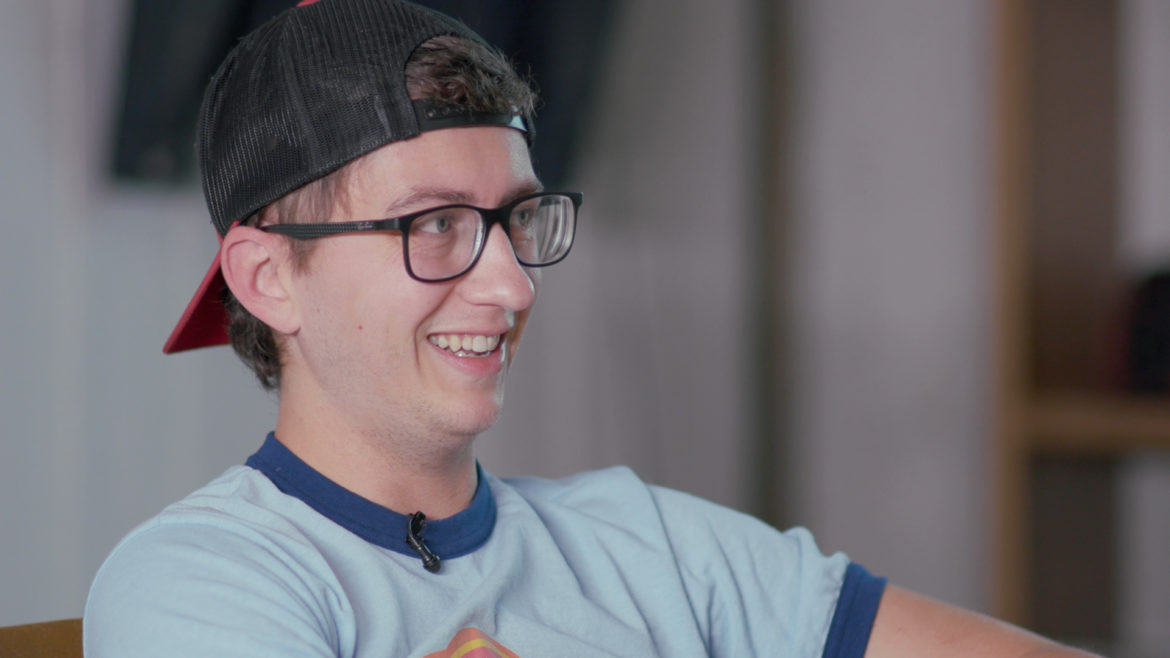 “I have Grade 4 glioblastoma — meaning the highest, most aggressive grade. If you go down that rabbit hole on the internet, it’s a terrible thing to do. And I refuse to do that,” said Stewart, the owner of Journey Pro KC, a local wrestling and event company. 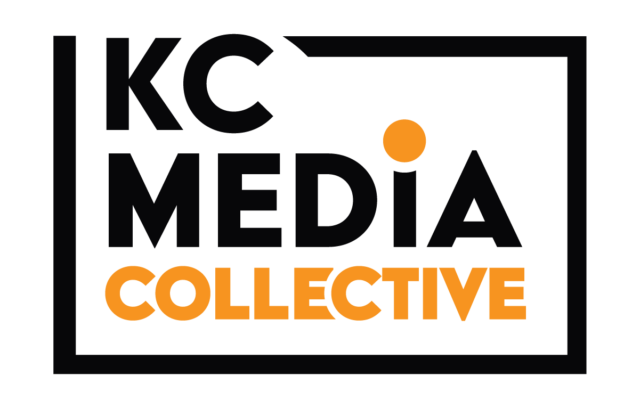 Flatland and Startland News, members of the KC Media Collective, collaborated in the creation of this story. It is appearing alongside a new documentary, “Trauma to Triumph: The Rise of the Entrepreneur,” which is premiering tonight at 8 p.m. on Kansas City PBS.

Stewart learned he had a golf ball-sized brain tumor in 2019 — the same year he proposed to his wife Erin, bought their first house, got married and won a honeymoon.

“Those are some really good things, and then one of them sucks,” Stewart said, smiling. “I can look back on all of that; and if there was a bad day, the next day was probably awesome. … I got kind of lucky with the timing. I dealt with the hardest thing in my life while also dealing with the best times of my life.”

Although Stewart didn’t research the standard prognosis of Stage 4 glioblastoma, he was given a high-end estimate of 18 months to live. As of November 2021, Stewart is 28 months past his initial craniotomy.

“I feel fine. I’ll do a kickflip right now,” Stewart said, nodding to his early skateboarding years. “My last scan came back clear, so prognosis is pointless in my opinion.”

Stewart’s glioblastoma diagnosis came just a year after his first cancer diagnosis: leiomyosarcoma, found in his knee muscle in 2018.

“Within a month of me having the first meeting with my partner at Journey Pro, I was like, ‘Hey we’re going to do this, but also, I have cancer,’” Stewart recalled, noting he and his business partner, Hartzell Gray, were ready to give it their all. “Thankfully, he was like, ‘We’re going to kick that thing’s ass and do this.’ ”

Stewart is three years clear since his leiomyosarcoma diagnosis.

Building a business while battling cancer might sound overwhelming to the majority, but for Stewart, the Journey Pro community motivated him.

“I have no problem walking up and hugging so many (of our fans). They have been so amazing and supportive of my fight,” Stewart shared, noting that they’ve donated to a GoFundMe and shared their own personal stories.

“My business partner — without me knowing — made a Journey Pro shirt [for my fight against cancer], and our fans sold them out in a heartbeat,” Stewart continued, in disbelief. “It would be so selfish of me to not give everything I have to Journey Pro because they love it. It’s the least I can do for everything that they do for me.”

A significant reason for the tight-knit community behind Journey Pro: the wrestling company’s emphasis on inclusivity. Wanting to change the narrative of a predominantly male, cis-gendered industry, Stewart works to promote LGBTQ+ and BIPOC wrestlers.

“We do drag events; we are on the Kansas City LGBTQ+ chamber of commerce. One of my most prized possessions—,” Stewart began, noting he gets choked up thinking of the gift. “… It was our fifth or sixth show and right around the brain diagnosis, a fan came up to me at a show; and he gave me a letter that I still look at anytime I’m having a bad day.

“It talked about how he loved watching wrestling on TV, but he never felt like he could go to a live event and watch it because he didn’t know if he could be himself there,” Stewart continued. “… I thought [Journey Pro] was just going to be like a fun party, and it became something way more. It became a place people could come and feel safe.”

Navigating a pandemic with a brain tumor was admittedly challenging on an emotional level, Stewart said. Throughout every skateboarding injury and surgery up until the pandemic, he had loved ones alongside his hospital bed.

During the COVID-19 pandemic, Stewart’s brain tumor had come back.

“One of the easiest parts of the first surgery was I was surrounded — I woke up to family, I woke up to friends,” he said. “For my second one, I got dropped off at the hospital at 5 in the morning from my crying wife and my sister. … At that point in COVID, nurses and doctors were in there literally for the second you needed them, and they were gone.”

Stewart’s friends and family did everything they could to comfort him from a distance, he said, but he was still physically alone.

“That was one of the absolute hardest things — being alone,” Stewart shared. “To not have my wife’s hand … that was hard, possibly the hardest part. I know that’s weird to say considering they cut your brain open.”

With his immune system weakened by chemotherapy, Stewart was terrified to get infected with COVID-19. So when he eventually did, it was a blessing he was asymptomatic, he said.

“My body fought really hard during chemo. I had a higher white blood cell than anyone should have on chemo. I was skating every day on chemo,” Stewart said. “… So I made it through COVID, and we’re vaccinated now. And I mean, my wife’s my best friend; we have an epic house — it wasn’t too bad to quarantine.”

Stewart isn’t “supposed” to be engaging in a number of activities — such as, for starters, breathing, he teased.

“When they take out a piece of your brain, that can cause issues with mobility, with your balances and things like that,” he noted. “So I was scared of things like skateboarding and riding a motorcycle at first.”

But his support system encouraged him to not hold himself back from the activities he loved.

On the one-year anniversary of Stewart’s brain diagnosis, nearly 100 of his friends and family gathered at his and Erin’s home to surprise him with a motorcycle, he shared.

“I was surprised with one of the best days of my entire life,” he recalled, noting that his loved ones also gifted him with an extra large helmet to accommodate for his cancer treatment.

“At the time, one of my treatments was a device called the Optune — it was a backpack that had four wires … and this device sent electrical fields through my brain,” he explained. “For two years, I wore that 24/7, and that was one of those scary things that I thought would limit me my whole life. But I adapted. … It’s really lucky and humbling to be friends with your heroes and the people who you think are the raddest people.”

Along with his support system, Stewart credits his positive mindset as the reason he is able to overcome the statistics. It was a lesson first taught to him by his grandma.

“My grandpa was taken from me really young from lung cancer,” Stewart recalled. “And my grandma said something about his diagnosis that I carry into mine. She said, ‘He started dying the day that he got diagnosed.’ I feel like if it can work that way, then it can work the opposite.”

So Stewart continues to do kickflips on his skateboard, ride his motorcycle and build his career in the wrestling ring (a job he acknowledges 8-year-old DJ would be proud of) — all while focusing on the good and doing so for years to come, he added.

Journey Pro’s next show “Thanks Killing” is set for Friday, Nov. 26.

Channa Steinmetz is a reporter for Startland News, a nonprofit newsroom elevating Kansas City’s innovation community of entrepreneurs, startups, creatives, makers and risk-takers through objective storytelling. Catherine Hoffman covers community affairs and culture for Kansas City PBS in cooperation with Report for America. The work of our Report for America corps members is made possible, in part, through the generous support of the Ewing Marion Kauffman Foundation.