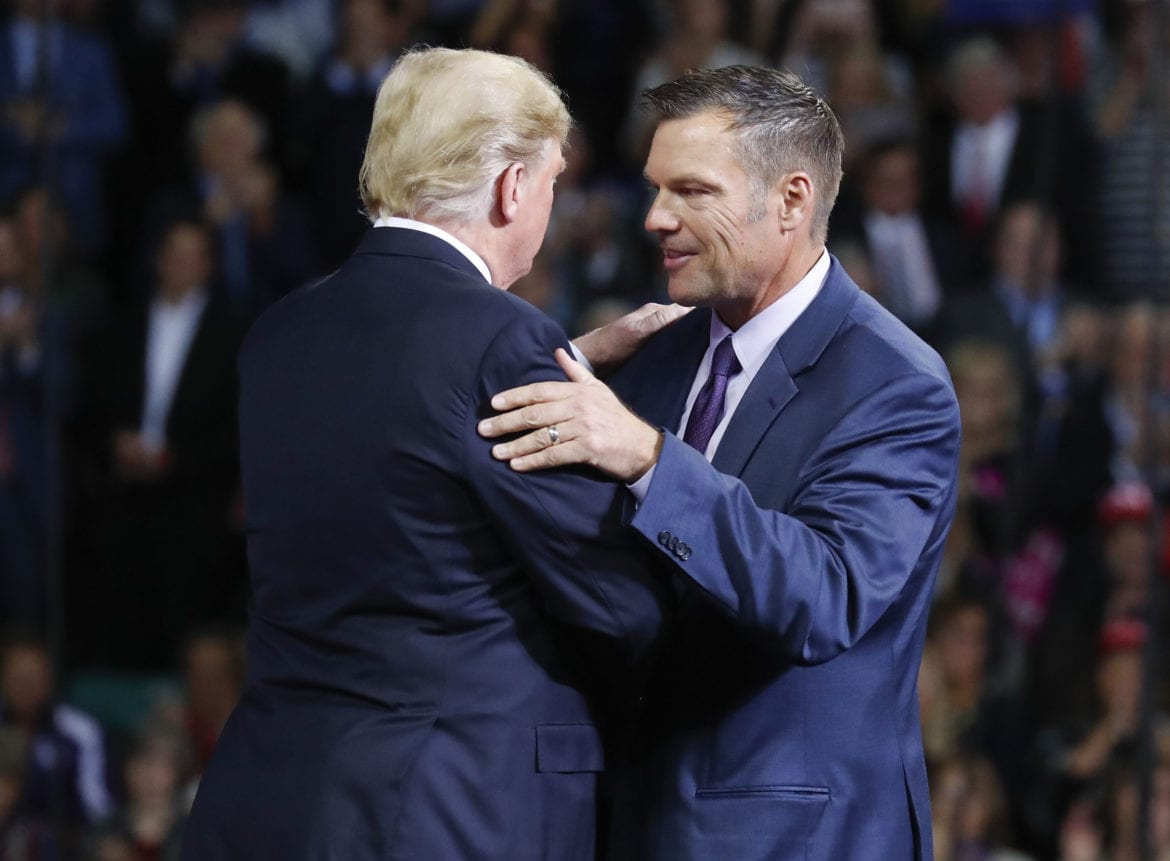 Trump and Pence All In 48 Hours

How rare is it for us to get this much national political attention? In the span of 48 hours, Kansas and Missouri got visits from the President and the Vice President. On Monday, Vice President Mike Pence was in Springfield, Missouri, hosting a fundraiser for Josh Hawley, the Missouri Republican trying to unseat Democratic U.S. Sen. Claire McCaskill. Two days earlier, President Donald Trump was in Topeka, Kansas, hosting a rally for top Kansas Republican candidates, including the man who wants to be the state’s next governor, Kris Kobach. And the high-profile trips keep on coming. Pence is scheduled to be back in Kansas next Thursday to host a fundraiser for Kobach in Wichita.

Too Late to Vote in Missouri, Still a Little Time To Register in Kansas

If you’ve been meaning to vote in this upcoming election and have been thinking to yourself, ‘I really need to register,’ it’s now too late in Missouri. That deadline passed this week. But you still have a few more days in Kansas. The last day to register to vote in Kansas is this upcoming Tuesday. Advance voting will begin in Kansas on Oct. 22. Johnson County election officials said between a third and one half of voters in the county will vote early.

Mike Kalny, a Republican precinct committeeman in from Shawnee, Kansas, resigned this week after posting a social media message saying Sharice Davids would be sent “back packing to the reservation.” Davids, a Native American, is running to unseat U.S. Rep. Kevin Yoder in the Kansas 3rd Congressional district.  Yoder denounced the message from Kalny.

“These kind of nasty personal attacks are all too prevalent in politics these days, and it needs to stop,” said C.J. Grover, a spokesman for Yoder.

Kansas City, Missouri Councilwoman Jolie Justus is back in the race to be Kansas City’s next mayor. Her announcement comes one week after Jason Kander abruptly dropped out of the race citing depression and a plan to get treatment for PTSD. Justus was considered among the favorites when she withdrew from the race 11 weeks ago and threw her support behind Kander. There are nine other candidates campaigning to succeed Sly James as mayor. The primary election is still six months away.

Get Ready for McCaskill & Hawley Debate Live on KCPT

A more immediate decision you’ll be making at the ballot box is who should sit in one of Missouri’s two U.S. Senate seats. This Thursday, Oct. 18, at 7 p.m., join KCPT and KETC, our sister station in St. Louis, for the Missouri Senate Debate. Judy Woodruff from the PBS Newshour will be flying in to moderate the exchange between incumbent U.S. Sen. Claire McCaskill (D) and Missouri Attorney General Josh Hawley (R).

The biggest conversation topic in Kansas City this week was likely not politics, or for that matter the extraordinary record of the Kansas City Chiefs, it was rain. Lots and lots and lots of it. Flooding was reported all around our metro, with events canceled, roads closed and even some remarkable water rescues, including 20 students caught in high water on a school bus south of Swope Park. According to the National Weather Service, some areas in the southern parts of our metro have seen more than a foot of rain. And more rain is coming.

A Return to Oz

No one in Kansas laughs at outsiders telling them “Wizard of Oz” jokes, but there’s still a great deal of affection for Frank Baum’s legendary tale of a yellow brick road, a young girl from Kansas, a little dog called Toto and a wicked witch. This weekend, the Kansas City Ballet returns to the Emerald City in the world premiere of “The Wizard of Oz,” a co-production with the Colorado Ballet and Royal Winnipeg. It runs through Oct. 21 at the Kauffman Center for the Performing Arts.

KCPT has had unfettered access to the cast and crew. Get a behind-the-scenes look here, and catch the station’s hour-long documentary, “Me, Dorothy…And This Road to Oz” at 8 p.m., Nov. 16 on KCPT.

‘Defund the Police’ was Designed to Provoke a Response. In Missouri, it Worked