Missouri Likely To Remain The Only State Without Prescription Drug Database 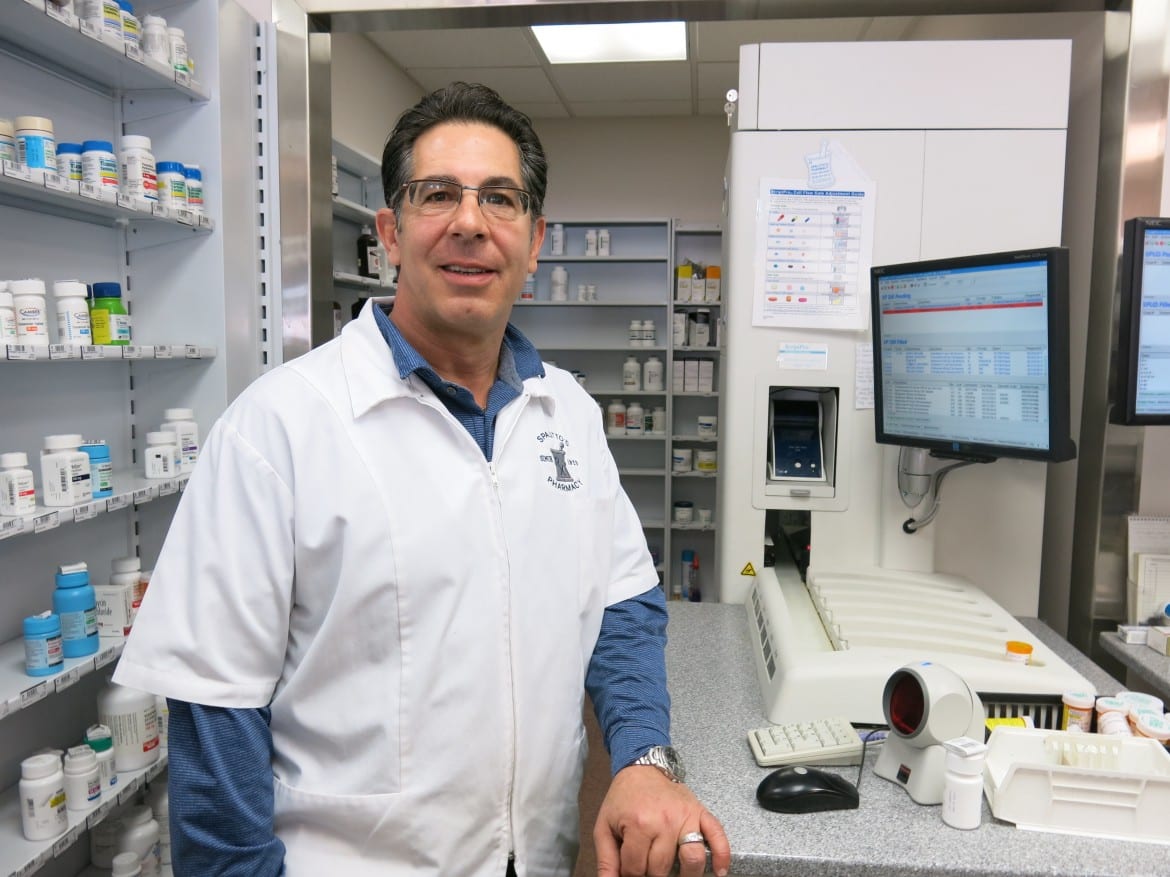 Missouri has a distinction that troubles many involved in public health: It’s the only state in the country that does not monitor prescription drugs.

Some say that heightens the problem of prescription drug abuse.

Missouri legislators are trying to create a drug monitoring system, but concerns over privacy have stirred opposition.

Since the 1920s, the Spalitto family has owned and operated a pharmacy northeast of downtown Kansas City, Mo. The neighborhood has undergone a lot of changes over the years – not all of them for the good, says pharmacist Pete Spalitto.

“Drug abuse and IV drug abuse. Prostitution down here on 5th and Cleveland. I’ve seen a lot of things,” he says.

Some trouble comes walking right through Spalitto’s door. In recent years, he has seen many people he thinks may be abusing prescription drugs.

“I think every pharmacy in the country has a certain amount of individuals that you service where you question whether the prescription is being used the way that it should be,” Spalitto says.

Painkillers, particularly Vicodin and Oxycontin, are the mostly commonly abused prescription drugs in Missouri, followed by the anti-anxiety drug Xanax, according to the Missouri Department of Mental Health.

The Missouri Recovery Network, a nonprofit group that provides recovery support, describes the behavior of some abusers as “doctor shopping”- going from doctor to doctor and pharmacy to pharmacy to stock up on prescription drugs.

For the past several years, legislators like Republican Rep. Kevin Engler of Farmington have been working to stop the abuse.

“Because it’s killing people in my district,” Engler says.

Like much of the rest of the state, his district in southeastern Missouri has been hit hard by prescription drug abuse. About twelve percent of young adults in Missouri report abusing painkillers, compared to about ten percent nationally, according to the U.S. Department of Health and Human Services.

Engler says the problem is not just with prescription drugs but, in many cases, illicit narcotics.

“They wouldn’t think about shooting up heroin until they get addicted to prescription drugs, and they find out they can get heroin cheaper, and they switch,” he says. “And sometimes it kills them.”

Engler is the sponsor of a bill (HB1133) that would create Missouri’s first prescription drug database.

Under his plan, pharmacists would report filled prescriptions for controlled substances to the Department of Health and Senior Services, which would then notify law enforcement if it sees signs of abuse. The information would be available to pharmacists, doctors and regulatory groups. Law enforcement groups would need a court order to access the data.

That’s too much data floating around for Republican Sen. Rob Schaaf  of St. Joseph, a physician who opposes the database.

Engler says he is sympathetic to privacy concerns, but points out that prescription drug data is already in the hands of insurance companies, Medicare and Medicaid.

He says he’s willing to create stiff penalties for unauthorized accessing of the data but has more immediate concerns than data breaches.

In 2012, Schaaf filibustered a bill that would have established a database. Last year, he introduced a bill to put the database up for a popular vote.

This year, he introduced his own plan for a drug database. It would sharply limit the groups that can access the data.

“Whether we can come to agreement on that bill is probably doubtful,” Fitzwater says. “But we at least appreciate the fact there’s an open dialog. We’ve been able to talk. He’s come back with a potential solution.”

Engler has a less charitable view of Schaaf’s plan.

“His bill is a way to save face for him, saying he’s actually trying to do something,” he says.

Engler also points to cost concerns. While his plan would be funded by grants and donations, early estimates of Schaaf’s database show it would cost the state more than $1 million to implement, making it prohibitively expensive.

Pharmacist Spallito has not followed all the politics surrounding the issue, but he believes it is time for prescription drug monitoring in Missouri.

“I would love to have the additional information as to where people were going so that I can make a better decision on whether I should dispense the medication out or not,” he says.

Schaaf says that is not likely to happen this year.

“The other side won’t compromise,” he says. “Therefore, I don’t see it moving.”