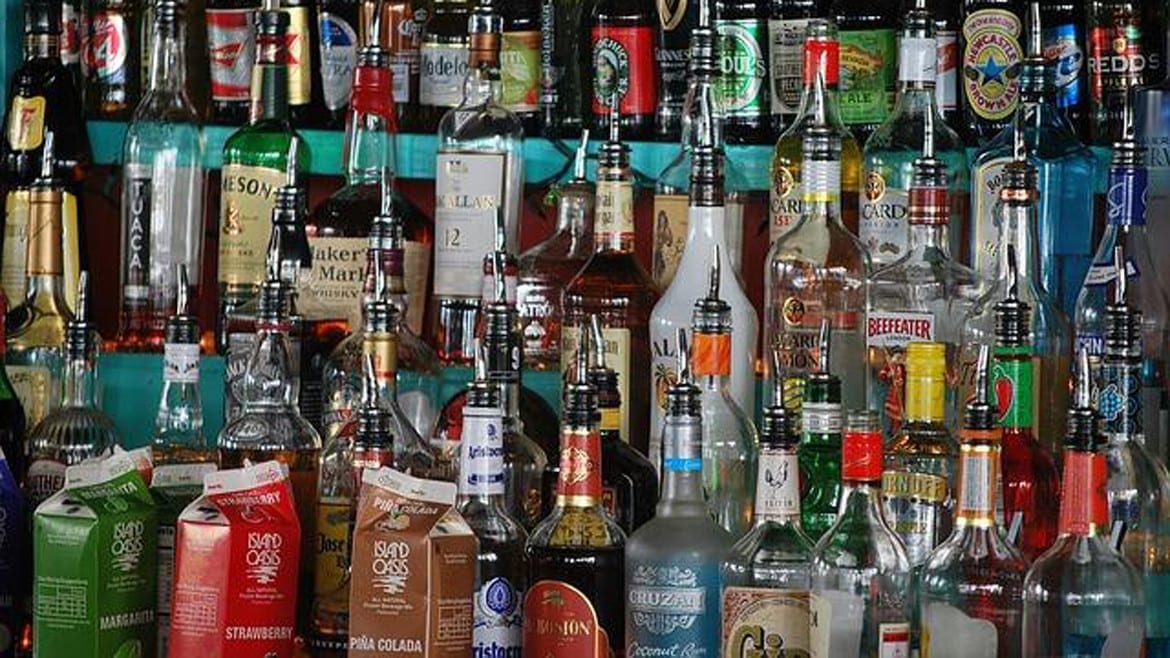 In our “Crossing To Health” series, we explore that health divide this week and looking at attempts to narrow the gap. Today’s story looks at alcohol abuse in the two counties.

When Kelli was growing up in Olathe in the 1970s, it was a quiet, clean community boasting single-family homes and good schools. And with state laws prohibiting alcohol sales on Sundays, in grocery stores and by the glass, outsiders could have been forgiven if they found life there to be pretty straight-laced.

“You just never know what goes on behind closed doors,” says Kelli, who asked that her last name not be used.

Behind the bucolic suburban façade, the picture was different. She describes her father as a highly-successful CEO – and a high-functioning alcoholic. When she became an adult, Kelli tried to avoid falling into the same trap.

“I wasn’t going to be like that,” she says. “I was a full-time mom and worked and a community volunteer.”

But a daily drinking habit began to take its toll. Before she knew it, her alcohol use had spiraled out of control.

“I did that over a period of time and would wake up the next day and could only go so long physically without putting that into my body to get some kind of relief,” she says.

Johnson County’s high income and education levels are typically associated with health-promoting activities like exercise, preventive care and nutritious diets. But alcohol abuse is another aspect of life in the county, often tucked away from view.

Yet, in many ways, the burden of alcohol abuse still weighs heaviest on Wyandotte County. 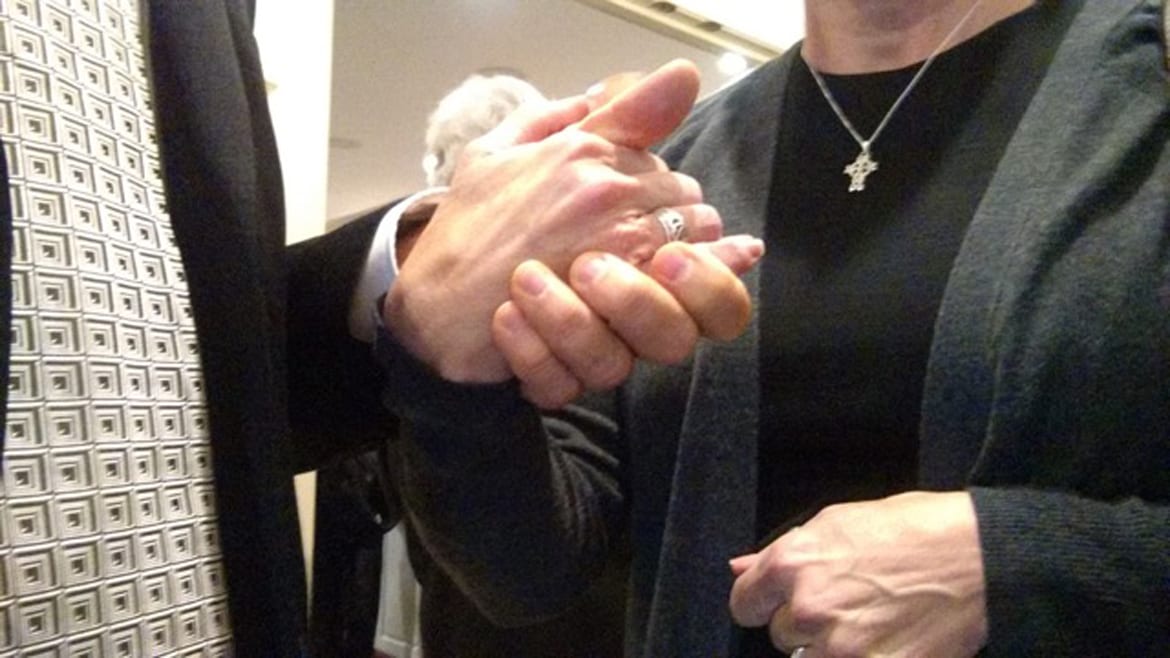 Visit Overland Park on a typical weekend night, and you’ll see a restaurant and bar scene that has blossomed since the easing of the state’s alcohol laws some years ago.

Something else has blossomed as well: The number of people reporting binge drinking has jumped to nearly one in five. More than eight percent say they binge drink regularly.

Kelli and her husband Ed are in recovery after years of alcohol abuse, and they now work to help other Johnson County residents stay clean and sober.

“It’s a much more pervasive problem in our society than we’re willing to admit,” Ed says.

The percentage of people who binge drink or drink heavily in Johnson County is about 20 percent higher than in Wyandotte County. JoCo also has a much higher percentage of traffic fatalities related to alcohol.

The pervasiveness of alcohol abuse in Johnson County came as a shock to Yolanda McKinney, who moved there from Wyandotte County along with her husband, Carl, after their own years of alcohol and substance abuse.

“Moving out here, I was like, wow, there’s a liquor store on every strip mall,” she says.

The McKinneys have also been clean for years but are still surprised by what they see as the more relaxed attitudes toward alcohol in their wealthier community.

But while statistics show residents of lower-income areas drink less – as well as less often – than their more affluent counterparts, research also shows that the lower a person’s income, the more likely it is that his or her alcohol use disorder is more severe. Alcohol abusers with lower incomes also suffer higher rates of liver disease and alcohol-related cancer.

That’s because higher-income abusers more often have the kinds of jobs, income and social support that act as safety nets and prevent alcohol disorders from getting worse.

“If one is already resource-poor, alcohol abuse can be much more severe because you’re already starting from a disparate position,” says Paul Moberg, a researcher at the University of Wisconsin’s Population Health Institute.

Yolanda and Carl McKinney endured a host of health, legal and financial problems – and even homelessness – on their way to sobriety. But Carl says their troubles didn’t end then. There was always the fear of a relapse.

Economic stability, lack of education and treatment cessation are all risk factors for relapse into alcohol use. Those factors make Wyandotte County a difficult place to start over. 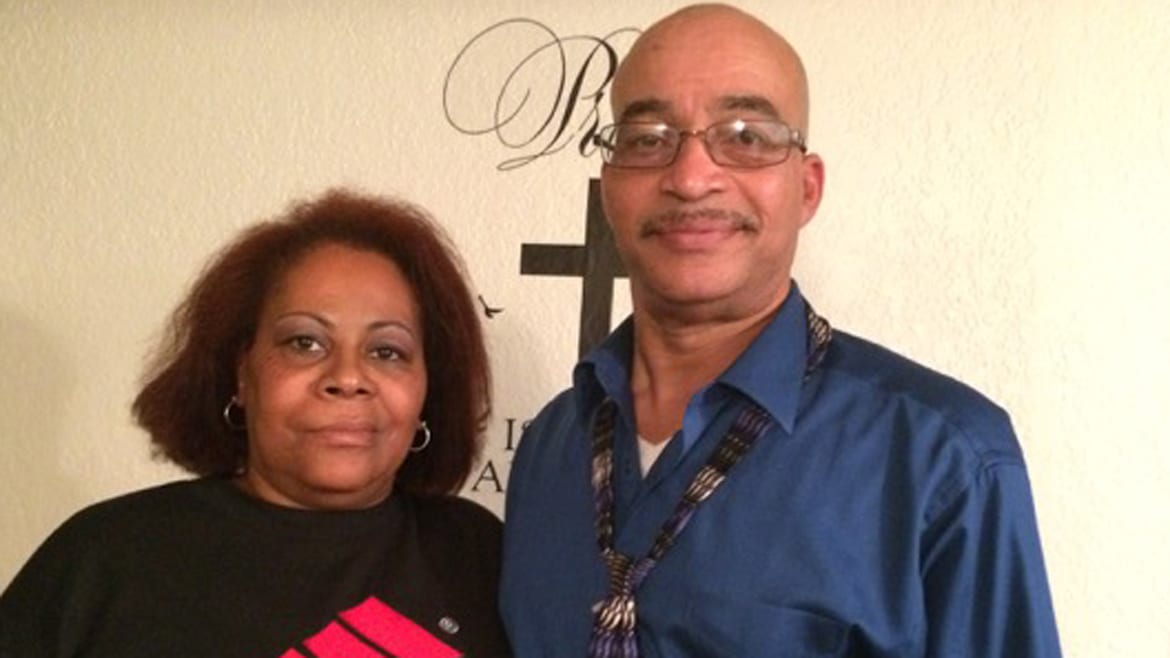 For many looking to get clean, their first stop is Rainbow Services Inc. in Kansas City, Kansas. A partnership of nonprofits and state agencies, the facility opened about a year and a half ago to provide stabilization services and a connection to treatment for people in crisis.

People with serious drug, alcohol or mental illness problems are brought here for short stays by the police, friends or family members. Some patients check themselves in.

“What we’re seeing now, we’re seeing some individuals that probably are appropriate to be in a state hospital,” she says.

But there are fewer services available now to treat severe alcohol use disorder than there were 10 years ago in both counties. Many hospitals have reduced their psychiatric and substance abuse services. And providers say the state’s spending on psychiatric and recovery services has not kept up with demand.

That means the conditions of many addicted people have only gotten worse, according to Jason Hess, executive director of the Heartland Regional Alcohol and Drug Assessment Center, which connects people throughout the state to treatment.

“We have fewer residential beds today than we’ve ever had,” he says. “But the number of people that are clinical needing those beds continues to rise.”

Hess says there’s about an 8-week wait to get intensive treatment, and case workers have to scramble to negotiate for the best treatment they can get for patients.

“It’s not unusual for somebody to be on the phone for an hour, hour and a half, just calling resources to see what’s available and sitting with the client saying, ‘Ok, I’ve got program X over here. This is what they can offer. Are you willing to go do it?’” Hess says.

To prevent acute cases from getting worse, Hess and others involved in treatment are working to create an involuntary treatment facility.

For now, though, many case workers are stuck just waiting to find treatment for their clients. If they can keep them stable before the next crisis hits, it’s a small victory.

Securing the Cornerstone of the Johnson County Land Boom