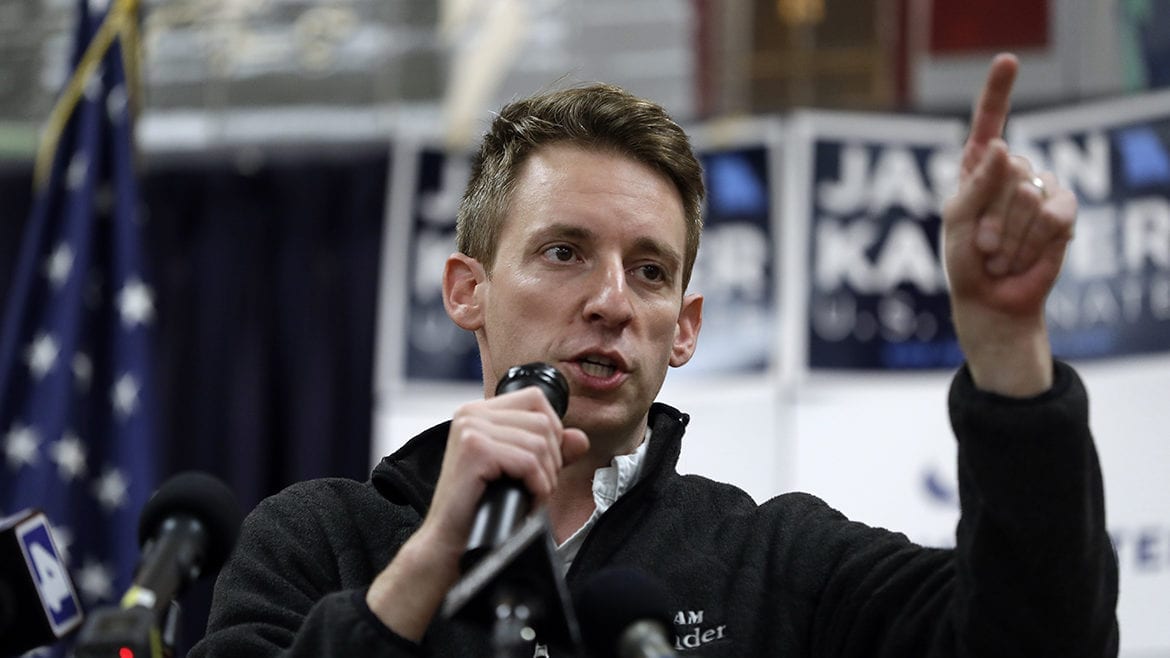 Jason Kander, shown here during his 2016 run for a Missouri seat in the U.S. Senate, quit the Kansas City mayor's race on Tuesday because of health reasons. (Jeff Roberson | AP)
Share this story

The man some believed was the frontrunner to be Kansas City’s next mayor has pulled out of the race. Former Missouri Secretary of State Jason Kander says he is seeking treatment for post-traumatic stress disorder and depression at the Kansas City VA Medical Center.  In a social media post, Kander wrote he’d been battling the disease for years, and realized it was only getting worse. His abrupt departure throws the race to succeed current Mayor Sly James wide open.

President Trump in Kansas this Weekend

President Donald Trump will be in Kansas this weekend for his first stop in the state since his election. Trump will hold a rally at the ExpoCenter in Topeka, Kansas, Saturday night for Republican candidates Kris Kobach, who’s running for governor; and Steve Watkins, who’s running to succeed Lynn Jenkins in the Kansas 2nd Congressional District. Kansas 3rd District Congressman Kevin Yoder will not be in attendance due to a scheduling conflict.

How did Missouri Lose 1,200 Sex Offenders?

It’s been an amazing few days of news here in our metro. But who do you think was the Kansas City newsmaker of the week? For all our talk about politics, it was Chiefs quarterback Patrick Mahomes, who’s become an NFL sensation. For a few hours Monday night, Mahomes was one of the world’s top 10 trending topics on Twitter. And Mahomes’ No. 15 jersey is now one of the Top 10 best selling shirts in the NFL.

A University of Missouri professor has won the Nobel Prize in Chemistry. George Smith, who has taught for more than 40 years at MU, shares the $1 million prize with a British scientist and a researcher from California.They were honored for their work in harnessing the power of evolutionary biology to produce proteins used in everything from environmentally friendly detergents and biofuels to cancer drugs. Their research has led to the development of top-selling prescription drugs for treating arthritis and other autoimmune diseases.