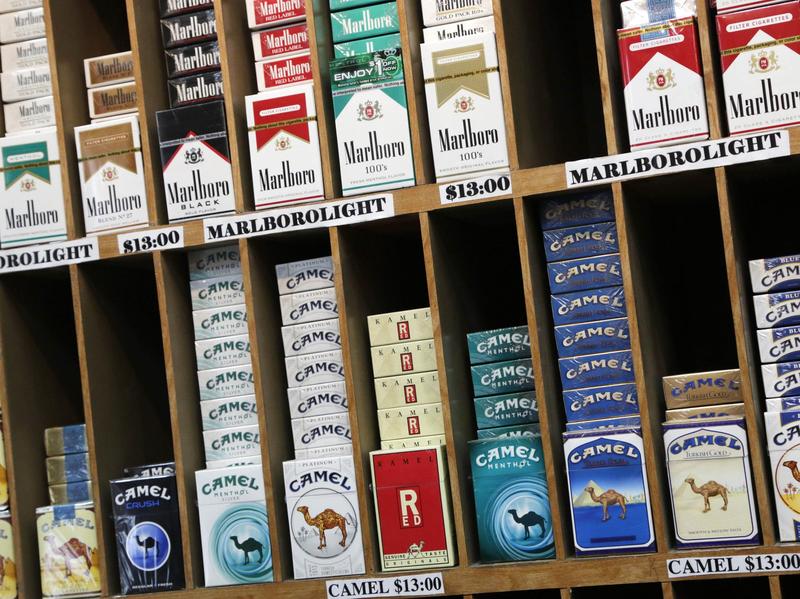 While health advocates cling to the possibility of Kansas lawmakers using a large tobacco tax increase to help solve the state budget crisis, Statehouse momentum is heading toward a much smaller increase — or none at all.

But tobacco companies and convenience stores opposed the proposal, and it never gained much traction with legislators.

By April, Brownback had said he was “not too excited” about the tobacco tax either, and Saturday he unveiled a new revenue plan with a much smaller tobacco component: a 50-cent cigarette tax increase.

Erica Anderson, president of the Kansas Public Health Association and coordinator of the association’s Tobacco Free Kansas Coalition, said lawmakers risk missing a chance to save lives — and major taxpayer dollars — down the road by abandoning the governor’s original plan.

“If cigarette taxes go up, but not enough to deter the most price-sensitive customers, Kansas misses a huge opportunity to deter youth from experimenting with these products,” Anderson said.

The larger tobacco taxes, Anderson said, are projected to prevent 26,800 people from taking up smoking, spur 24,800 current smokers to quit and prevent about 4,800 children from being exposed to smoke during their mother’s pregnancies.

The health benefits from those reductions would help reduce the amount taxpayers currently pay in health costs to subsidize tobacco users’ habits.

According to data published by the Campaign for Tobacco-Free Kids, treating smoking-related illnesses costs Kansas $1.12 billion per year, including $237 million from Medicaid, which is funded through a combination of state and federal tax dollars.

The state also loses an estimated $1.09 billion in worker productivity each year because of smoking-related illnesses.

Public health lobbyists have said that any health benefits from a per-pack tax increase of 50 cents would be very small compared to the benefits of the $1.50 per-pack increase.

Many in the Republican supermajorities that control the House and Senate are reluctant to raise taxes of any sort.

But one of the Senate’s most conservative members said last week that the Legislature should enact some sort of tobacco tax, not for the health benefits, but to draw federal funds.

Sen. Steve Abrams, a Republican from Arkansas City, told colleagues last week that if the KU Cancer Center procures $10 million in state funds from a tobacco tax to start a smoking cessation program, it will boost efforts to move up in the National Institutes of Health designation from a “cancer center” to a “comprehensive cancer center.”

“If they get that, it’s likely to return a billion and a half federal dollars by 2020,” Abrams said during a Senate Republican caucus. That amount is an estimate of the total economic impact of federal research dollars and the ripple effect in the private sector.

Abrams later offered an amendment for an 18-cent per-pack cigarette tax increase, with the proceeds earmarked for the KU Cancer Center.

The move confused Sen. Les Donovan, a Republican from Wichita who chairs the tax committee, because the amendment replaced the 50-cent increase in Donovan’s plan, rather than adding the 18 cents to it.

Donovan said $10 million of the proposed 50-cent increase — projected to bring in about $40 million total — could have been set aside for the cancer center, with the rest used to shore up the ailing state general fund.

“I’m supportive of any efforts in the Legislature to increase the tobacco tax, and I’m very pleased there’s a number of proposals on the table,” Jensen said. “Obviously we’ve been working toward a higher level, because there’s quite a bit more health benefits the closer you get to $1.50.”

In addition to the 50-cent tax increase on a pack of cigarettes, Donovan’s plan would impose a new tax on electronic cigarettes.

The “e-cigarettes” convert liquid that contains nicotine into a smokeable vapor. Donovan’s proposal would tax that liquid at 20 cents per milliliter. The tax is estimated to bring in only about $2 million in annual state revenue, but Donovan said that figure would rise quickly as e-cigarette usage becomes more popular.

“You get off tobacco products and start using one of these, it looks real cool and it’s probably a little healthier for you,” Donovan said.

Research on the health benefits of e-cigarettes over traditional cigarettes is inconclusive thus far and is complicated by the variety of e-liquids available for purchase, which contain different levels of chemicals.

The e-cigarette devices and liquids are not regulated by the U.S. Food and Drug Administration, but the agency is taking public comments on them until July 2, in advance of creating rules for their sale.

But Spencer Duncan, a lobbyist for the Kansas Vapors Association, told legislators subjecting e-cigarettes to a special tax could dissuade adults from using them to quit using tobacco.

“Keeping them affordable and available has helped thousands of Kansans quit tobacco and lead healthier, smoke-free lifestyles,” Duncan said in a letter to lawmakers. “It is in the best interest of public health that e-cigarettes be available at a reasonable cost to adults who wish to switch from traditional tobacco products.”

But the American Lung Association has raised concerns about e-cigarettes actually acting as a “gateway” to regular cigarettes, noting rising rates of e-cigarette use among teenagers who do not smoke traditional cigarettes.