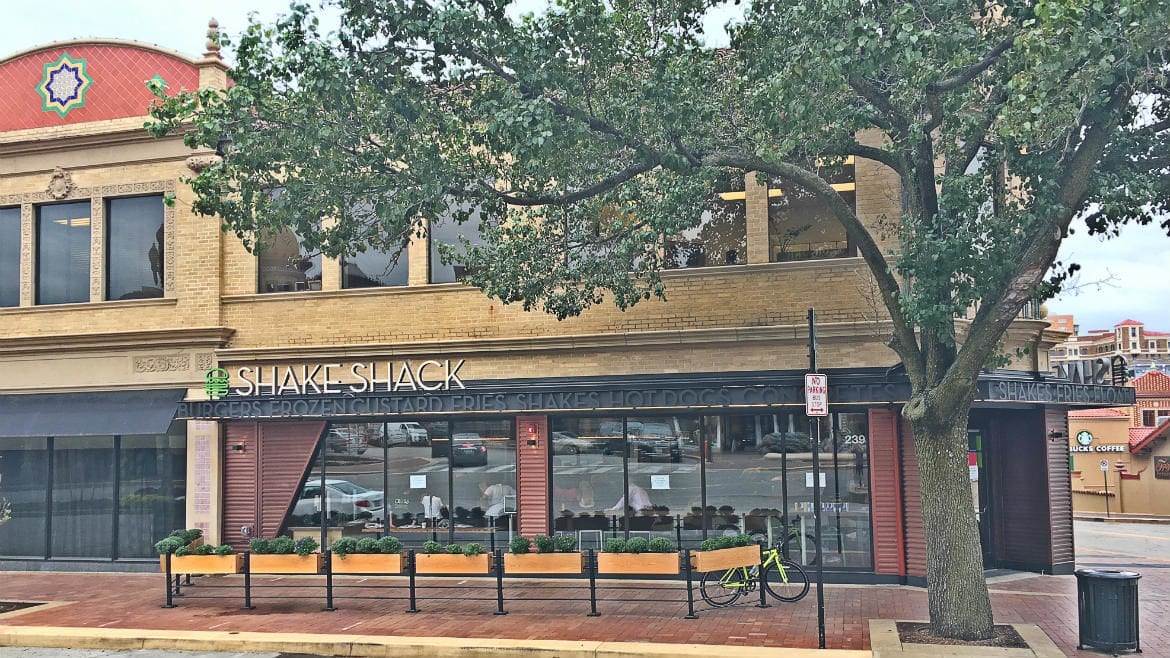 Shake Shack is set to debut on the Plaza next week. (Jonathan Bender | Flatland)
Share this story

Want to know more about the gubernatorial race? Tune in at 7 p.m. Wednesday, Sept. 5 on KCPT for the Kansas Governor’s Debate 2018, presented by the Johnson County Bar Association and moderated by yours truly.  This is the first general election exchange on the same stage. You can also watch our exclusive live stream of the event starting at noon that day on KCPT’s Facebook page.

The Price of ICE

What’s the cost of a two-second stammer in a recorded interview? According to The Washington Post, if you’re Kansas congressional candidate Sharice Davids, it’s $1.7 million. That’s how much the Congressional Leadership Fund is now spending on attack ads against the Democratic nominee for Kansas’ 3rd District. Davids, a former White House fellow making her first run for office, is trying to unseat Republican Congressman Kevin Yoder. The ads reference a brief clip from a left-wing politics podcast, in which she claimed to support the abolition of ICE – the Immigration and Customs Enforcement service. Davids is now walking back that comment.

This week, the Kansas City, Missouri City Council debate a new ordinance outlawing Kansas Citians who throw up a sign and ask for cash on the off ramps of highways and on the sidewalks of some of our cities most traveled intersections. Some complain the measure wages war on the poor. Backers claim most panhandlers in the metro are not homeless but street-level hustlers. The ordinance is carefully worded to avoid legal challenges. The word “panhandling” isn’t mentioned at all. Instead, it limits the amount of time pedestrians can spend in crosswalks and traffic islands.

The High Cost of Power

More than 36,000 Kansas Citians were left without power this week as strong storms ripped through the area downing trees, damaging roofs and bringing down power lines. Meanwhile, 48,000 metro residents have now signed an online petition questioning the rising cost of electric bills. It’s directed at the metro’s largest provider, Kansas City Power & Light. Those signing it say they want an audit of the utility amid concerns of price gouging. One Olathe, Kansas, resident says her monthly electric bill was $173 for her one-bedroom apartment, and she’s been notified that her rates are going up. Thousands of KCP&L customers say they’re faced with choices between feeding their families or paying for electricity.

The Upset of The Week?

Starting this season, the Kansas City Chiefs will have a new tailgating policy. Team officials say they’re cutting off tailgating when the game starts. Once a game kicks off, fans either need to go to their seats inside the stadium or they must leave the parking lot. Five years ago, a fan died after a fight in the parking lot. A subsequent lawsuit listed 60 incidents of violence reported in and around Arrowhead Stadium. The victim’s family alleged the Chiefs encouraged a “drink alcohol and party” environment among people who didn’t even have tickets to the game. Chiefs officials said they’d be “naïve,” to say that the incident had nothing to do with the change, but this rule is about making Arrowhead more consistent with league-wide policy.

Shaking Things Up on The Plaza

I would remiss in not mentioning that after months of buzz, Shake Shack opens on the Country Club Plaza on Thursday, Sept. 6. The fast-growing burger joint chain started as a hot dog cart in New York City. It’s since expanded to some of our country’s largest cities. If you want to hear what they hype is all about, it’s now finally in our own backyard. The restaurant is located at 239 W. 47th St. where Talbots once stood. Be warned, Shake Shack is also famous for its long-lines.

Nick Haines hosts KCPT’s primetime public affairs show, Kansas City Week in Review. Catch the next broadcast Friday, Aug. 31 at 7:30 pm, and the rebroadcast Sunday at 11 am on KCPT.