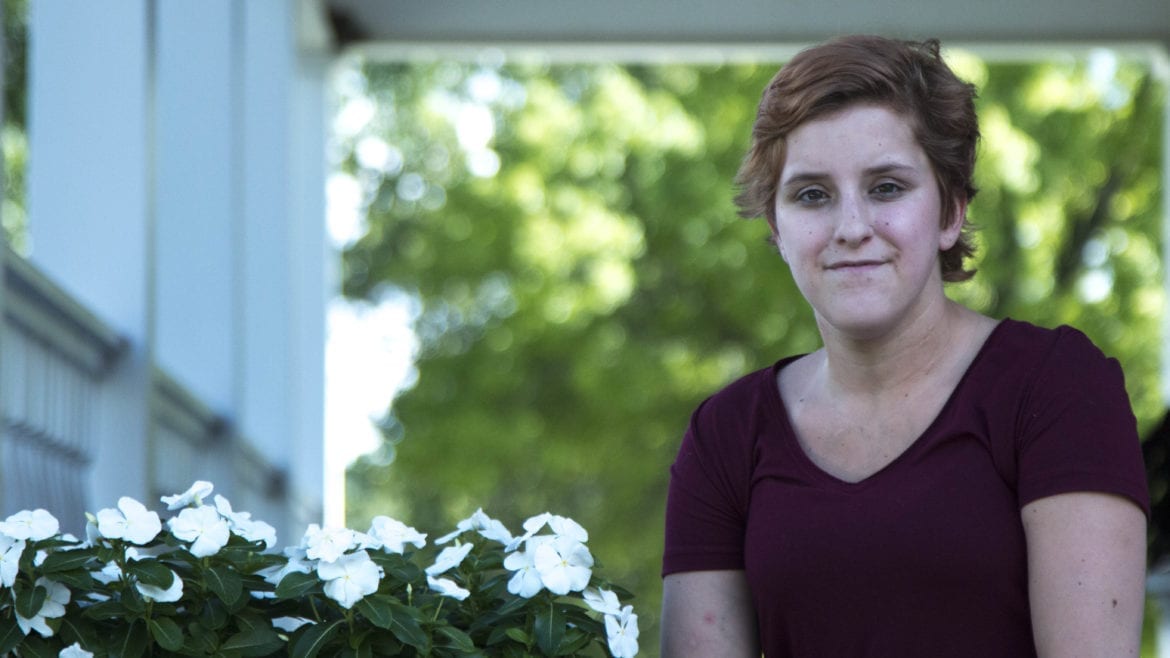 Jordan Webster was born with some abdominal organs on the outside of her body, and at age 3 had a liver and small-bowel transplant.

Problems in her home led to several hospitalizations during a childhood that also included severe abuse at the hands of family members.

The state took her out of her home, and for eight years Webster moved between her maternal grandmother, her mother, and then to her dad, his parents, and then his brother and his sister.

At 13 she and one of her younger sisters were adopted. She liked the new family but never felt like she fit in. She was out on the streets at age 18.

For the next two years Webster worked and got through high school — she was almost 20 when she graduated — while living in her car.

“It was fine sleeping in my car in the summertime because at night it would cool down. I was at work during the day and had air conditioning,” she said. “But when it was really cold, I would do anything I could just to be in a place that wasn’t my car.”

She couldn’t afford an apartment, in part, because she was paying off payday loans and credit card debt.

From the Frying Pan of Foster Care to the Fire of AdulthoodFinally becoming old enough to drink legally is often accompanied by a night out on the town, but the experience can be quite different for foster kids in Missouri. “We’ve heard stories of kids who were dropped off at City…

A stroke of good fortune came her way in September, when a knife incident with her mom introduced her to a compassionate nurse at a local hospital. The nurse gave her the number for Drumm Farm, an Independence, Missouri, organization that provides shelter and support for children and families in the foster system.

Jordan called and was accepted into Drumm’s program. She’s been there for nine months and is comfortable in her new space, but it took some time.

“The first night was crazy,” she said. “I wasn’t being screamed at or punched in the face or being hit. It was weird having someone do something for me and not having to pay them back with my body or all of my check.”

She is 21 years old now and plans to stay at Drumm for a couple more years, save money, get a new car and work toward a degree in social services.

“I want to be a better social worker than the ones my sisters and brother had,” she said. “Some of the kids that have gone through the system get abused and neglected, and those homes are supposed to be safe homes. Those kids need someone to advocate for them, and they need to get the knowledge of not just school, but what the real world is like, and what is expected of them, and how to live on their own.”