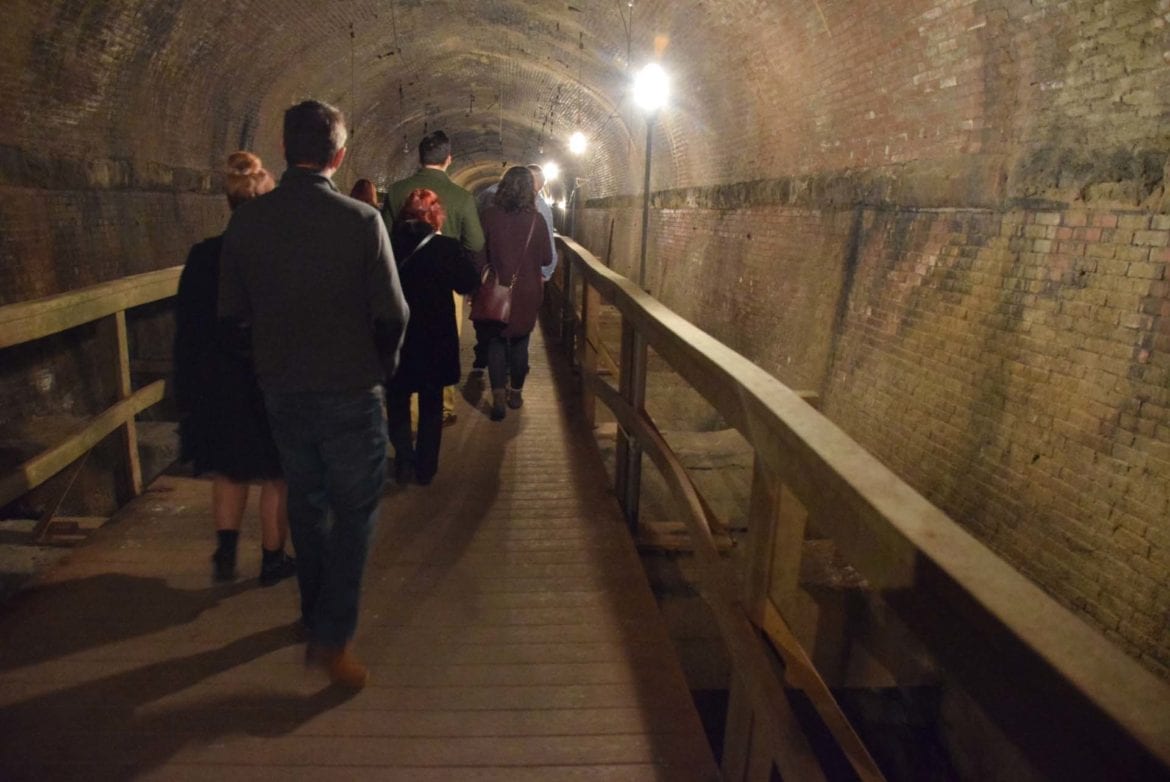 They say that the party is under your own feet. It turns out that for Kansas Citians, there’s a lot more under there too. curiousKC fielded a question about tunnels in the Historic Northeast neighborhood, between Ward Parkway homes, and underneath Eighth Street. We couldn’t dig up information on all facets of the question, but here are five interesting morsels about underground Kansas City. The twist here is that some of these tidbits don’t pass the smell test. See if you can separate fact from fiction.

1. The Eighth Street underground streetcar that ran between downtown Kansas City and the West Bottoms used to be popular for commuters, but it ceased operation in 1956. However, any history buff can still easily access the tunnels for an urban safari.

2. In 2013, underneath the northeast area of Kansas City, Missouri, individuals and families that were homeless dug a network of underground tunnels to inhabit. These cavernous spaces have now been filled up, but they were large enough to shelter several families.

3. In the 1980s Kansas City police ran an underground drug unit that was, well, underground. KCPD didn’t want their undercover officers to be seen walking in and out of the police station, so they would rent spaces in the old airport, fake storefronts, and even caves.

4. Legend goes that the late KC crime boss, Nicholas Civella, had a tunnel connecting his house to his brother, Carl Civella, across the street. They lived in what used to be known as Kansas City’s “mob neighborhood.” You can find more details  on Kansas City’s mobster history in this curiousKC story.

5.  The medical equipment used on JFK after his assasination is being stored underground by the National Archives in Lenexa. But if you’re a fan of oddities, don’t waste your time digging, because these artifacts aren’t available for public viewing.

1 – False: DST Systems said on July 8, 2019 that it will not sanction any more tours of the Eighth Street tunnel.

4 – False: Sadly, telling some Kansas Citians that this infamous tunnel doesn’t exist is like breaking the news about the Tooth Fairy all over again. Kansas City police officers combed through every nook and cranny of Nick’s house and could find no evidence of a tunnel.

–Catherine Hoffman is a summer intern for Kansas City PBS.