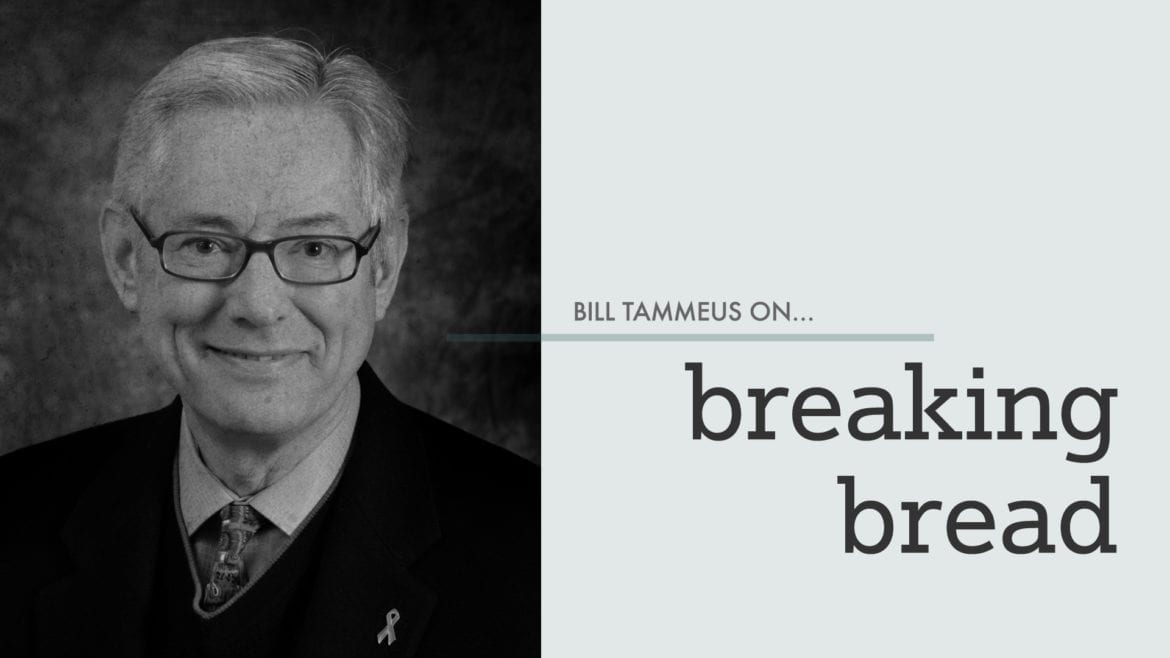 For the last half century, membership numbers in Mainline U.S. Protestant churches have gone mostly in one direction — down.

Protestants once constituted a large majority of the American population. And Mainline churches — the Presbyterian Church (USA), the United Methodist Church, the Evangelical Lutheran Church in America, the United Church of Christ, the Christian Church (Disciples of Christ), the American Baptist Church and the Episcopal Church — were culturally dominant across much of the country.

(The term Mainline at first referred to a commuter train from downtown Philadelphia to the suburbs, but came to mean churches that were largely white, wealthy and in tune with the social culture.)

Today Protestants (Mainline, evangelical and historically black churches) are just 46.6 percent of Americans, and less than 15 percent are Mainliners.

A similar decline can be found in many Mainline Kansas City churches, though there are exceptions.

The United Methodist Church of the Resurrection in Leawood, Kansas, for instance, started in 1990 with a handful of members and today has more than 20,000. My own congregation, Second Presbyterian, at 55th Street and Brookside Boulevard, is more typical, going from more than 2,000 members in the 1960s to around 600 today.

But in this disheartening time for such churches, there are sprouts of green. One in particular, the “dinner church,” draws on early Christian history. 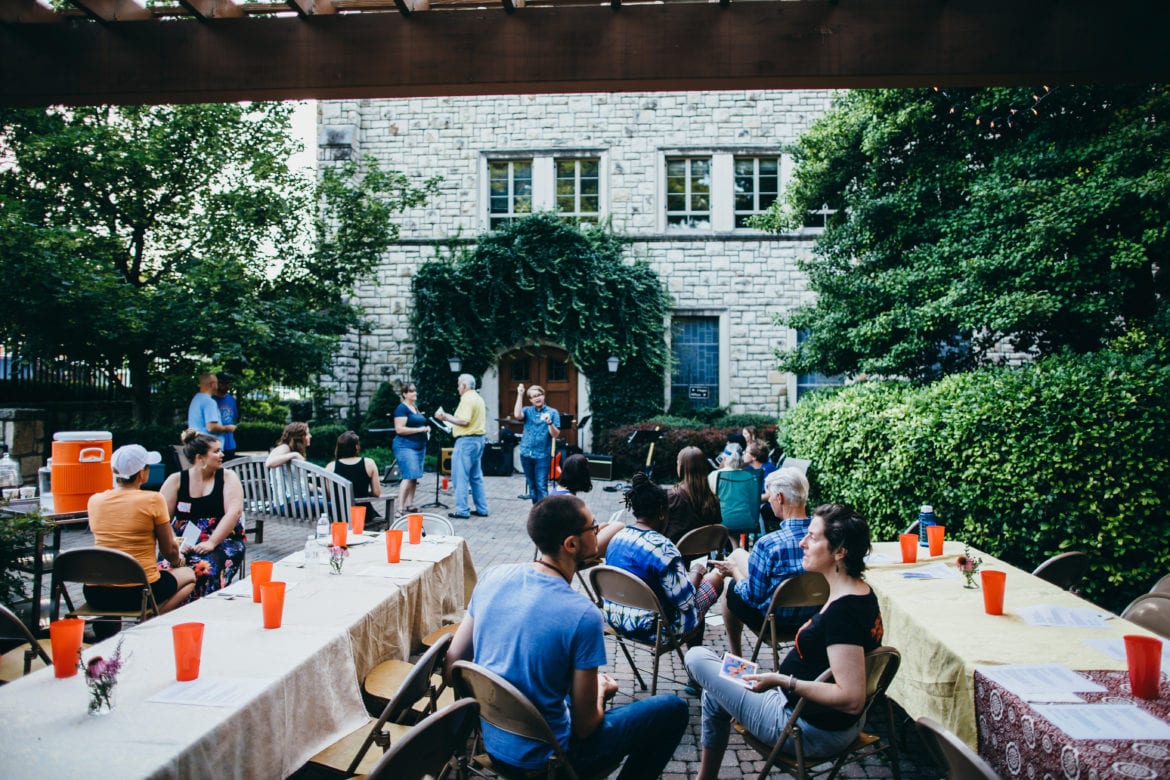 In his forthcoming book, “Eating and Talking in Church: Rethinking Communion and Community,” St. Paul School of Theology professor Mike Graves explores this new phenomenon, noting that “when those first followers of Jesus got together for what we now call ‘worship’ or ‘church,’ they did so to eat. They didn’t file into wooden rows of pews or folding chairs to sit still and listen to a sermon, or a choir, or any of the things we might conjure in our minds today.”

Instead, they shared a meal as well as their hopes, fears and lives. Dinner churches are trying to reimagine that today. But can they save Mainline churches from extinction by teaching them what works today? Can they attract some of the almost 25 percent of the American adult population that today identifies as religiously unaffiliated? And can they thrive financially?

No one has definitive answers yet, but it’s helpful to look at one such effort that’s been around for a couple of years. It’s called The Open Table (TOT), and is being sponsored by Second Presbyterian. (TOT should not be confused with a similar Lutheran effort called The Table, which meets at Homer’s Coffee House in Overland Park.)

Second was founded in 1865, and senior pastor, Paul Rock, says that in its early days, it planted many new churches, “lending funds, members, labor and prayers to get almost 10 other churches off the ground around Kansas City.” Later, in the heyday of Mainline churches, officials in national church denomination offices took over the planting role.

“What we’ve seen in the last 30 years,” he says, “is that the corporate model of planting new congregations has stumbled. Second has been aware of this shift and had been actively working on ways to shift gears and attempt new ways of doing and being church.”

That effort was helped when a member gave a substantial gift to the church and when it got grants from the national Presbyterian “1,001 New Worshiping Communities” program, which so far is up to nearly 400.

After lots of planning, TOT opened in March 2015, guided by a newly hired Second staff member, Nick Pickrell (a former punk rocker). Wendie Brockhaus (a Nazarene Theological Seminary graduate seeking ordination in the United Church of Christ), now has been made full-time associate, and TOT meets at Second every other Sunday evening for dinner, fellowship, discussion, music and worship. 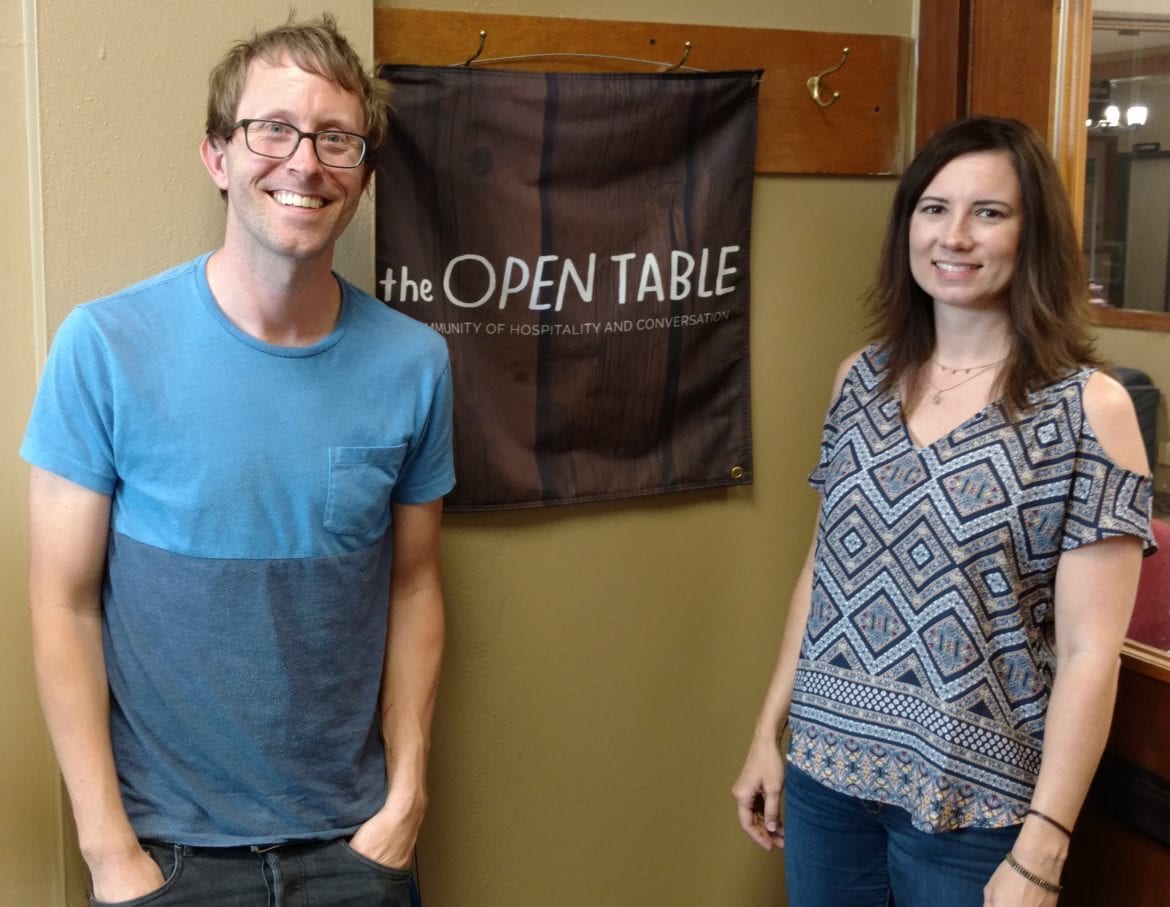 Pickrell says it usually takes about seven years for these things to be on a stable financial footing, but he and Brockhaus hope to squeeze that by about half. TOT, both say, is committed to being a community of hospitality, peace and reconciliation with a goal eventually to have TOT’s own space outside of Second.

Who are the 40 or 50 people who regularly show up now?

A few have previously had faith commitments, including two Buddhists. But TOT also is attracting the religiously unaffiliated and the simply curious. At one special session focused on racism, the crowd exceeded 150. And TOT communicates almost exclusively via social media, primarily Facebook.

“After being part of The Open Table,” Brockhaus says, “I would rather not go back to a traditional church setting.”

The early church’s practice of gathering for a meal is echoed in traditional congregations today in the sacrament known variously as the Lord’s Supper, Communion or Eucharist. Some traditions celebrate it every Sunday, some less frequently. But it’s always a reminder both of the meaning of Jesus Christ and of the table origins of Christian worship.

In Graves’ new book, he notes that in Revelation, the New Testament’s final book, “we read about the banquet of God, when the church which is God’s bride sits down with Christ the groom.” In one sense, that’s the ultimate dinner church toward which today’s fledgling dinner churches are aiming.