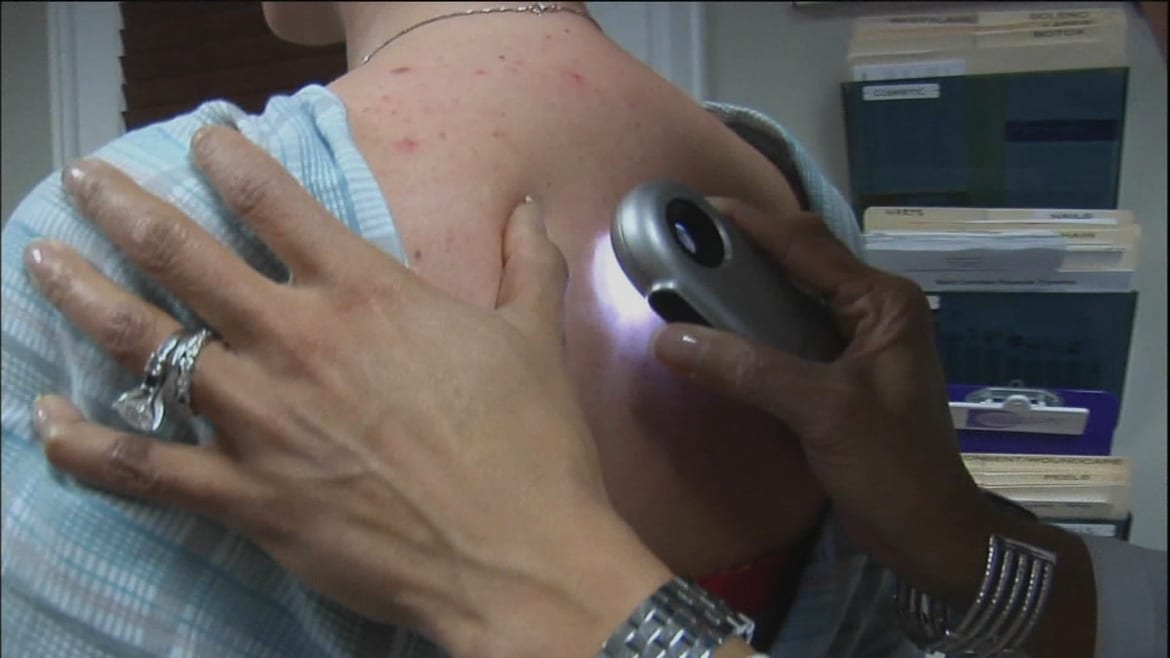 A cancer diagnosis is often the beginning of a life-or-death struggle. Patients want to go into that fight armed with the most powerful weapons available.

In many cases, that involves treatments still in their experimental stages that are only available through clinical trials, which are typically found at academic medical centers. But the University of Kansas Cancer Center has created a partnership to bring those options closer to home for rural Kansans.

“It’s generally recommended that if you can go on a clinical trial you should, because you’re guaranteed to either get what you would have been getting anyway or possibly what could be the next best thing down the line,” Geitz says. “And so it helps out the patient themself, and it also helps out the next patient who may have the same diagnosis later on. That’s how we learn.” 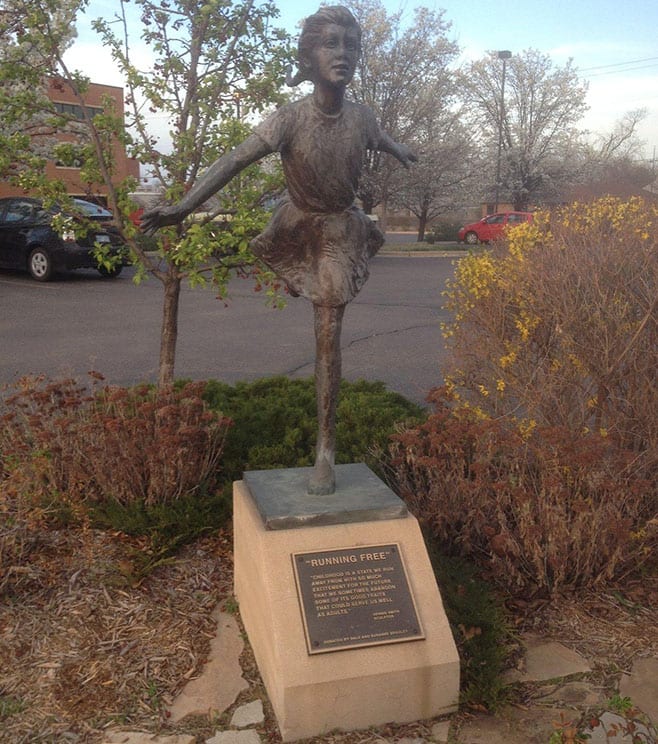 Bob Storer, who lives near the central Kansas town of Solomon, went to a prostate cancer screening last fall at the Tammy Walker Cancer Center. Testing revealed that the retired railroad worker had developed prostate cancer. He assumed that meant he’d need surgery.

“They said, ‘No, your cancer is so aggressive that it’s already spread outside my prostate,’” he says. “It’s gone to some other organs and to bone. And so just removing my prostate wasn’t going to solve the problem.”

Storer received lots of advice from people telling him he needed to go somewhere else for state-of-the-art treatment.

“Friend of mine, his son is a doctor in Nashville, and when his mom checked up on what we had here in Salina, he said, ‘Well, you don’t need to go anywhere else,’” Storer says.

So Storer enrolled in February in a clinical trial offered through the Midwest Cancer Alliance at Tammy Walker Cancer Center. He’s getting two drugs that stop the body’s production of the hormone testosterone, which feeds prostate cancer. One of the drugs is a standard treatment called Lupron. The other is an experimental drug.

One of the most common tests for prostate cancer is a blood test called PSA. A PSA level of four or below is considered normal. Before he started treatment, Storer says his PSA level was 156. The Lupron knocked it down to 14.7 — but that was still too high. With the addition of the experimental drug, it’s down now to 0.1, and Geitz is pleased with Storer’s response to the treatment.

“Think of it as cutting off the gas line to a car. The car just stops,” Geitz says. “The vast majority of treatments for prostate cancer are all based on hormones. I think we’re really helping him out, but also kind of saving him the side effects of traditional chemo.”

But he says this treatment is not a cure for Storer.

“Anytime you have a cancer that’s spread from one spot to somewhere else — in his case, prostate cancer to the bone and the liver — we know it’s something we’ll never make go all the way away,” Geitz says. “Someday, it’s going to grow back on us, and we know that. But hopefully in the meantime we can knock it down, and he can live a lot longer and a lot better life by doing it.”

So far, Storer said his side effects have been minimal and he feels pretty good. And he’s thankful that he’s able to get the kind of experimental treatment typically not available in rural areas.

Melanie Leepers, a nurse who manages clinical trials at Tammy Walker, screens patients to see if they might qualify for a clinical trial.

“Clinical trials are very specific about eligibility criteria,” she says. “What kind of cancer, all sorts of different things. I’m looking at the patient, and then I’m comparing that to some of the clinical trials that we have.”

Leepers says when people like Storer have to travel long distances to get access to clinical trials, it’s more than an inconvenience.

“It really takes a toll,” she says. “When you don’t feel good anyway, you know, you’re pretty fatigued by the treatment, and you know it really just kind of starts to take a toll on you. So if you can stay closer to home, it really does make a big difference.”

“I coordinate and help patients get to other centers in the country where there’s a trial that’s new and different,” Doolittle says. “If you’re a cancer specialist in the year 2015 and it bothers you that a patient needs a second opinion outside the state, whether it’s Houston or Rochester — wherever they need to go — then you’re in the wrong business. Because people need to feel comfortable with their care and know that they’re getting the best possible care.”

The alliance’s commitment to do whatever is best for the patient, even if it means sending them somewhere else for treatment, helps give patients like Storer peace of mind at a difficult time.

“I trust these guys to have my best interest,” he says. “And this is going to be the way that I can … maybe not beat it, but I’m going to live a lot longer.”