A compass for cancer: how one patient navigator makes a difference 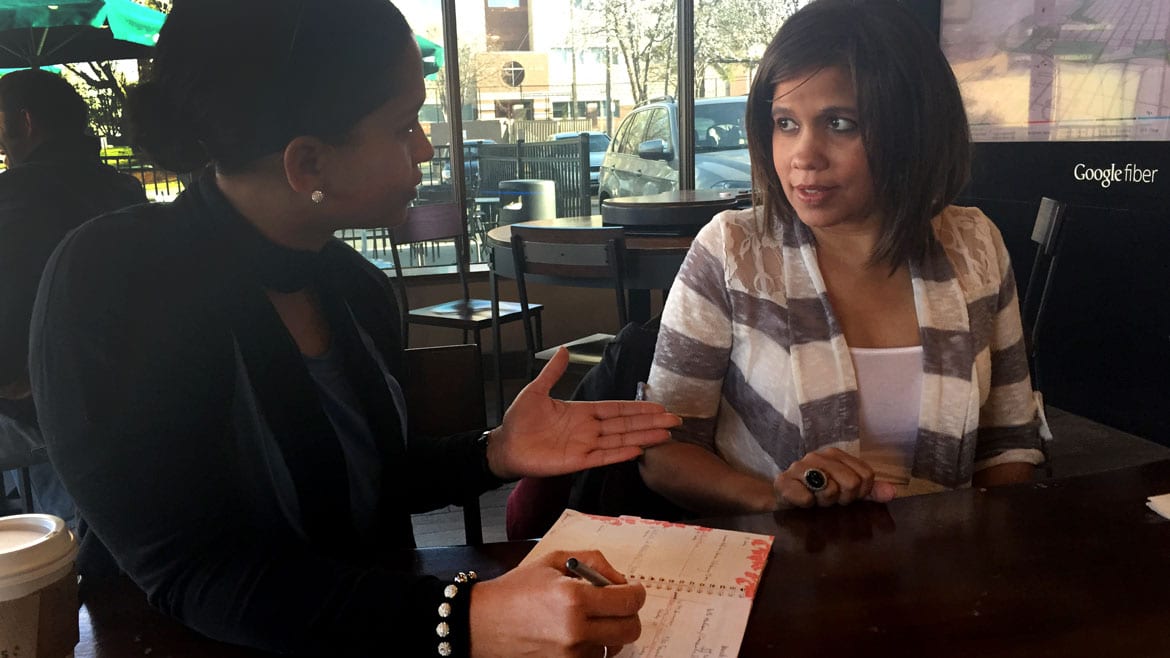 When Consuelo Ross was diagnosed with breast cancer, she hid in a dark room for three days. She had lost her husband to a motorcycle accident two years before, and she was the mother of two young children. A breast cancer diagnosis — the same disease that had killed her mother years before — felt like more than she could handle.

After those three days, however, Ross said she pulled herself together, rallied her “prayer warriors” and began fighting.

Now, after 12 rounds of chemo, a double mastectomy and five years of oral medication, Ross is still fighting. Not for her own health, but for the health of other women.

“I honestly believe that everything that we go through is a divine trial, and we need to find the purpose in it,” she said. “And I did.”

While going through her own cancer treatment, Ross, an African-American woman, discovered the disparities in diagnosis, treatment and survivorship when it came to breast cancer in the black community.

This disparity exists for many reasons, Ross said: Lower rates of education and higher rates of poverty in the African-American community make a difference, as does a cultural distrust of the medical community.

Dr. Roy Jensen, the director of the University of Kansas Cancer Center, said that those two components do play a role, but there are biological factors, as well.

“There’s some suggestion that the biology of breast cancer in young African-American women is different,” he said. “They have a higher incidence of tumors that tend to behave worse than average.”

He added that, while breast cancer screening numbers in the black community may be low, more screening wouldn’t necessarily make a difference.

“If someone is getting regular mammograms, these tumors are such that they are fast-growing, and in between the interval when the woman gets a mammogram, they can pop up and sort of rapidly evolve,” Jensen said.

After learning about these survivorship disparities, Ross felt a moral duty to do her part to right this wrong. She established Surviving the Odds, a nonprofit that aims to decrease the survivorship disparity for women of color. She also became a certified patient navigator through the Harold P. Freeman Patient Navigation Institute.

The institute was founded in 1990 to reduce health care disparities for the poor and uninsured, particularly people of color. Ross said that navigators learn about Freeman’s sense of moral obligation to assist patients toward their best outcomes.

“He said, ‘It’s not about money. My first obligation is to save lives, not to make money off the medical system.’ It was so inspiring to talk to him and to get his insight,” Ross said.

“I honestly believe that everything that we go through is a divine trial, and we need to find the purpose in it,” patient navigator Consuelo Ross said. “And I did.”

During Ross’ own treatment, she had access to a nurse navigator, but she had no navigation services pre- and post-treatment.

“There was no one to help me whatsoever,” she said. “Everything that I learned was by my own research.”

Now, as a certified patient navigator, Ross can help other patients to feel less alone during their journeys. But, beyond providing emotional support, she also has a higher understanding of the cancer world than many recently diagnosed patients.

“You need something that’s going to educate you because when you’re out there and your physician tells you that you have invasive ductal carcinoma and you’re like, ‘What’s that?’ and they tell you, ‘Well, there’s so much information on the Internet, don’t get over-inundated with all of that,’ where is your recourse? Who do you have to talk to?,” Ross asked.

“Especially when you think of African-Americans and our education level — more so than any other ethnic group, we have a lower education level — so it is critical that things are completely (explained), that there is no discrepancy in the information you’re receiving and that someone is there to help make those hard decisions,” she continued.

Ross said that she believes the real problems with health care disparities need to be fixed at a legislative level, particularly when it comes to cancer treatment options for the underinsured and uninsured.

Until those changes are made, she said, navigation services are crucial. 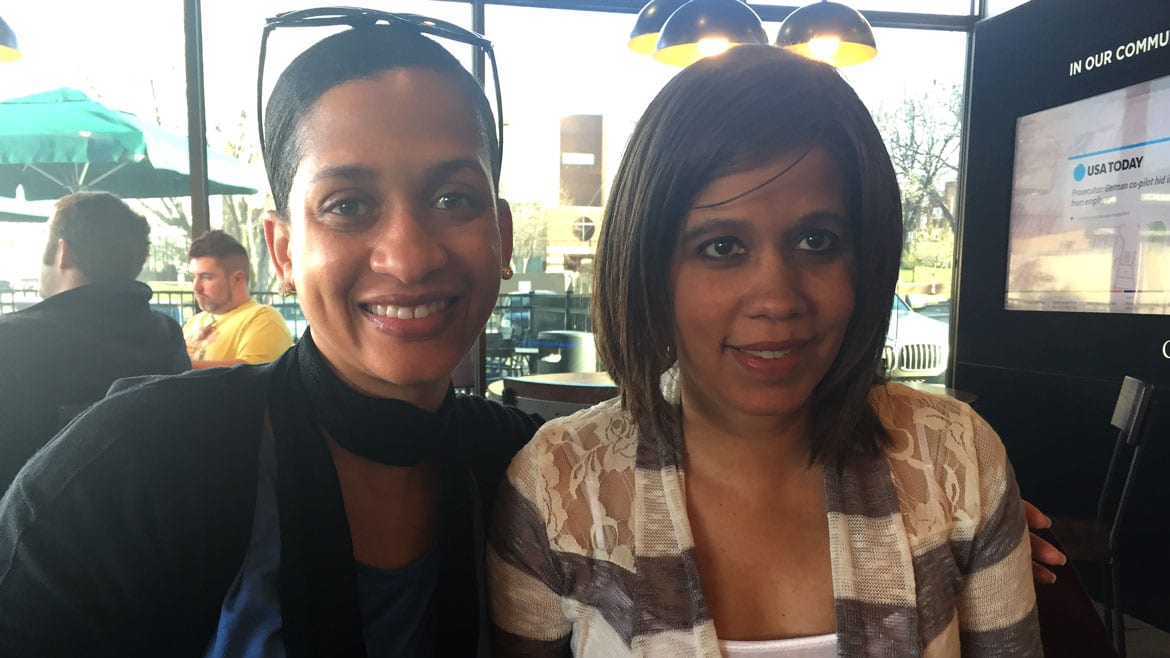 After months of feeling sick, stiff and tired, Lloyd was visiting a friend in Wichita. The friend’s husband, a plastic surgeon, offered to look at the “scar tissue.”

“He looked at my breasts, and he said, ‘I’m going to tell you this. I want you to go home. Go immediately to the emergency room. You have cancer until someone tells you differently,’” Lloyd said.

Lloyd followed through with those instructions, and found out several days later that she had stage IV breast cancer. It had spread from her breast to her liver, bones and back.

“I was just in never-never land,” she said. “Even to this day, it seems like just a bad dream. It seems like a really bad dream.”

This crooked path to diagnosis was only the beginning of Lloyd’s confusing cancer experience. She said that it was clear her doctors were unsure how to treat a woman with breast implants, and she was put on Arimidex, an oral medication for post-menopausal women.

Lloyd’s cancer also wasn’t responding to the medication, she said. In addition to being in so much pain and emotional discomfort, she was living with the knowledge that the medicine was not helping her. She said it was an overwhelming time.

“I knew something should be going differently, but I couldn’t put my finger on it,” she said.

In August, about eight months after her diagnosis, Lloyd met Ross at a breast cancer support group. Lloyd said this meeting was a life-changing experience. She said her lack of knowledge about cancer and cancer treatments was intimidating. While Ross is the first to admit that she’s not a physician and that she doesn’t have all the answers, her wide experience with cancer means she does know which questions to ask.

“When (Melissa and I) had our initial meeting, I was just asking questions,” Ross said. “I asked questions about some of her experiences, and, as a navigator, that’s the most important part.

“Mixed information, wrong information, a lack of compassion, absolutely a lack of knowledge in regard to what she actually needed. Those things were lax for me,” Ross continued. “It only took one meeting for me to say, ‘I want to bring you on to the team that I know.’”

Ross suggested Lloyd switch from a general hospital to a specified cancer center.

The new doctor first changed Lloyd’s oral medication and later discovered through testing that Lloyd could be even better served by a whole new treatment plan.

Ross was present at the appointment when Lloyd learned about this promising treatment plan, which was lucky. Lloyd was initially scared by the good news, simply because she didn’t understand what the doctor was saying. Ross was able to explain.

Lloyd is still in treatment for her cancer, and she hopes that more patients like her will use a patient navigator through their diagnosis, treatment and survivorship. She said that Ross’ help has been invaluable.

“I’m a prime example (of a patient that needed help),” Lloyd said. “I knew something was wrong, people told me wrong things and look where I am: stage IV.”

Ross said she is always willing to attend a patient’s appointment, even at the last minute. She is continually busy with Surviving the Odds — scheduling mammogram parties, educating women about the importance of early detection and fundraising — but she said that navigation is a big priority.

“I’ve met some navigators right here in Kansas City who say, ‘Consuelo, you do entirely too much,’” she said. “It really hurts my heart to hear that. With that, you’re not really true. You’re not walking in your truth as a navigator. It’s not about you. It’s about the lives you’re trying to save.”

This story is a part of KCPT’s Cancer in KC series, produced in conjunction with the PBS documentary “Cancer: The Emperor of All Maladies.” The series originally aired March 30 – April 1, but all three parts can be streamed here.