Birthing Battle | The Struggle for Equity in Maternal Health Care 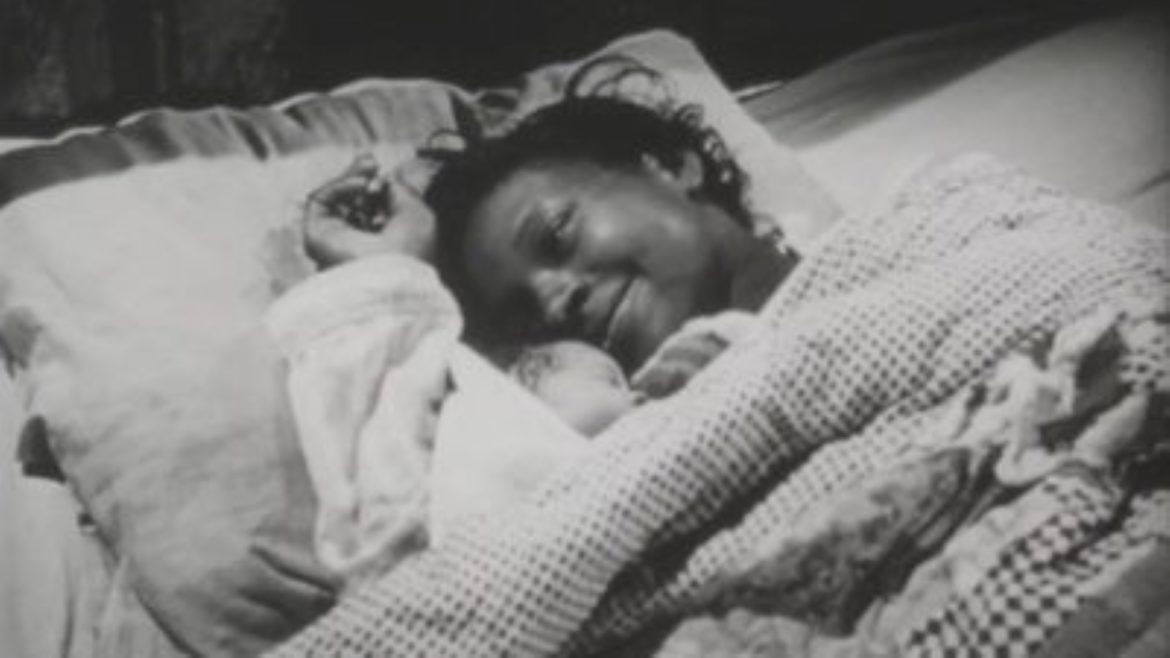 A mother smiles at her newborn in "All My Babies: A Midwife's Own Story," a midwifery training video. (Library of Congress)
Share this story

When it comes to giving birth, the longest and most laborious story may be the battle between midwives and physicians.

Between the 1600s and mid-1900s, midwives ruled the roost. During that time, nearly half of all babies born in this country were “born into the hands of a midwife,” according to a 2003 issue of the journal published by the American College of Nurse-Midwives.

Birthing Battle | Equity in Maternal Health Care
This is the first in a series of stories about the evolution of midwifery that will appear on Flatland the next three Wednesdays.

“The existence of midwives in all of our states and territories…really is rooted in the culture and tradition of those who lived on the land and the customs that came with those groups and populations of people,”  says Dr. Ginger Breedlove, a nurse, certified midwife and former president of the American College of Nurse-Midwives.

Though midwives were informally trained through apprenticeships, they were an integral part of maternal care.

Native, enslaved Black, and immigrant midwives were a key part of the tradition’s deep-seated history. But that would be chipped away by racist beliefs and practices, starting in the 1910s, including eugenics.

Eugenics, in a nutshell, was a movement for “selective breeding” and sterilization. In other words, keep the White race White because other ethnicities and races were seen as inferior or less intelligent. This contributed to the promulgation of discriminatory ideas in education, business and medicine, to name a few, according to a study published by the Carnegie Institution for Science.

It also contributed to women of color being used as medical guinea pigs.

Over time, communities of color were stripped of their long-held cultural midwifery practices. Despite evidence that demonstrated better outcomes when midwives of color cared for the mothers, traditional midwifery began to wane in the 1920s with the advent of obstetrics. It was seen as more professional and modern.

In the 1920s, medical, public health and nursing professionals launched a reformation campaign to end traditional midwifery. Reformers accused these midwives of “being ignorant, dirty, and dangerous,” according to the American College of Nurse-Midwives, and blamed them for high infant mortality rates.

“In pursuit of these goals, they ignored the reality that traditional immigrant and African American midwives had better maternal outcomes than the general practitioners delivering babies at that time,” according to an American College of Nurse-Midwifery study.

One of the most influential, vocal OB-GYNs of the Midwest in the 1920s, Joseph DeLee, referred to midwives as a “drag upon the progress of science and art of obstetrics.”

Descriptors such as “barbarism” and “dirty” were thrown around as fact and published well into the 1980s. Even though immigrant and Black midwives verifiably provided good care, the campaign relied on the now-debunked theory of eugenics.

The goal of the campaign was to eliminate apprentice-trained Native, immigrant and Black midwives and develop medical programs.

Then came the Sheppard-Towner Act in 1921, which precipitated the gradual decrease in Black midwives in the 1920s and onward.

The act provided matching funds to state health departments for midwife training programs, which enforced stricter guidelines and certification requirements. This pushed out Black and other minority midwives who didn’t have the qualifications.

In the rural South, it was impractical to eliminate self-taught or apprenticed midwives. Instead, reformers “urged midwives to apply for permits and to attend classes where they could learn about safe and sanitary practices,” writes Sophia Southard, a fellow at the Library of Congress and University of Kansas graduate.

The campaign to professionalize birthing split the market in two. Expectant mothers who could afford it went to a physician. Meanwhile, Black midwives who may not have been able to afford the permits and classes increasingly cared for women in poor, rural communities.

The long road back to respectability for midwifery ran through Kansas City. One key nurse-midwifery organization is the American College of Nurse-Midwifery, which held its first annual meeting in Kansas City in November 1955.

Nurse-midwifery programs slowly became more popular and midwifery made a comeback in the ‘70s-’80s, according to research by Parkland Memorial Hospital. Though earlier studies had already proved this point, another 1971 study shone a light on midwifery’s effects on curbing infant deaths and premature births.

“Nurse-midwives were introduced to a rural, medically underserved area. In the first eighteen months of History of Midwifery in the US, prematurity rates decreased from 11% to 6.6%,” according to Parkland’s report. “The neonatal death rate dropped from 23.9% to 10.3%. Other decreases were apparent in fetal and infant death rates.”

Then the rates were put to the test. When physicians were reintroduced, the percentage rates of prematurity and neonatal death rates increased. And when midwives of color were part of births, there were fewer complications and better care, particularly for minority mothers.

Breedlove was part of the midwifery movement in the 1970s. In 1980 she along with Dr. Josie Norris and Libby Rosen co-founded the Holistic Birth and Growth Center in Topeka, Kansas. Twenty years later, she would help establish the first midwife practice at St. Luke’s Hospital.

Presently, midwives have become more a part of the natural birthing process, though a larger percentage are White and have become popular among middle-class White mothers.

The history of racial disparities and how it impacts the maternal health care system today isn’t lost on Breedlove.

“I am hopeful today as we are much more open about being anti-racist and what does that really mean,” Breedlove says. “And how do we build a cadre of Black midwives from a variety of pathways who are much better at caring for Black and Brown communities. We will absolutely turn our maternal mortality and morbidity around.

“But there is a racial divide that needs healing, it needs conversation and it needs a collective pathway to change.”

Parts 2 and 3 of ‘Birthing Battle’