A Quick, Clickable Roundup Of Health News From Our Region — And Beyond — For The Last Week Of July 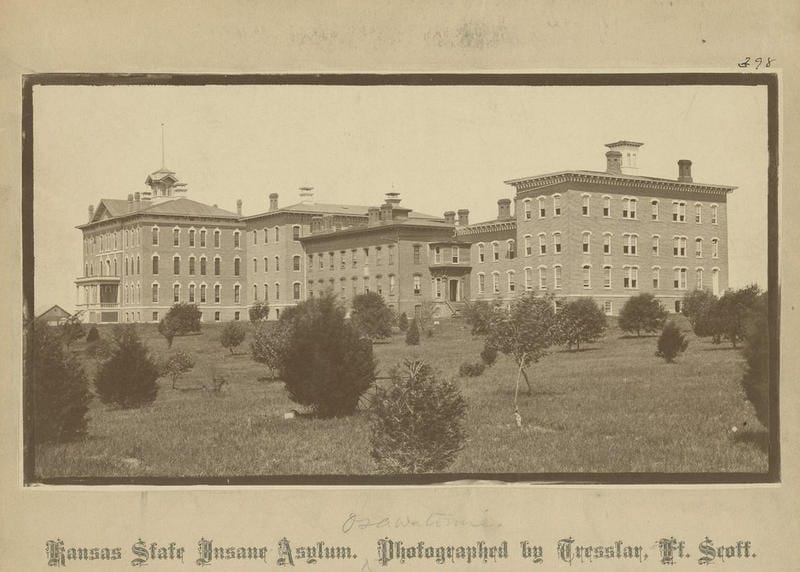 In 1866, Kansas established the facility that would become Osawatomie State Hospital. The state purposely put mental health patients in rural areas out of a belief that a peaceful setting and farm work would act as a treatment. (Kansas State Historical Society)
Share this story

Editor’s note: Heartland Health Monitor partner KHI News Service conducted dozens of interviews to chart how Osawatomie State Hospital went from a respected facility to one that federal officials deemed too unsafe for Medicare patients and how the hospital could rebuild for the future. This is the first story in a series resulting from that investigation.

The final federal inspections of Osawatomie State Hospital in 2015 painted a picture of a place where both employees and patients were in danger and low staffing levels compromised care.

It wasn’t always that way. At one time, the hospital was considered by some to be a leading light in treating people with serious mental illnesses.

Federal officials started looking into safety issues at OSH because of a 2015 sexual assault, but the hospital’s troubles were hardly a sudden development. Like a bridge that collapses in a sudden twist of steel and concrete, the hospital had been under stress for years.

Reduced funding. Overcrowding. The loss of other institutions that acted as safety valves. Staffing woes and declining morale. It happened under Republicans and Democrats. In good fiscal times and in bad. And finding solutions may be no easier than determining responsibility.

— Megan Hart is a reporter with KHI News Service, an editorially independent initiative of the Kansas Health Institute and a partner in Heartland Health Monitor, a reporting collaboration that also includes KCUR and KCPT.

An app on Dr. Roy Jensen’s phone counts down the days until the University of Kansas Cancer Center’s application to be designated “comprehensive” by the National Cancer Institute is due.

“To some extent, comprehensive status is a good conduct medal for things you’re doing,” Jensen, director of the center, says of its quest for the designation, which fewer than 70 cancer centers across the country have. 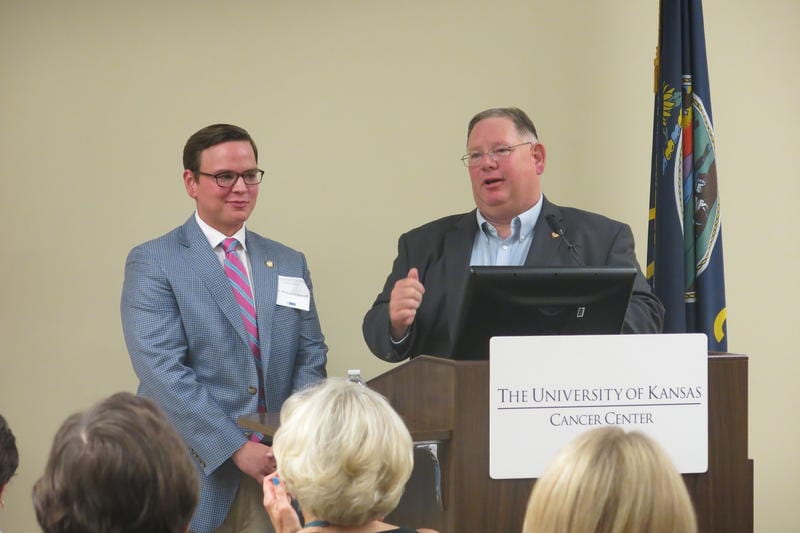 In addition to conducting research into basic science and clinical medicine, Jensen says the cancer center must demonstrate it’s working with the community on cancer prevention and education.

To that end, Jensen says KU doctors educated state lawmakers on the dangers of melanoma and lobbied for an indoor tanning ban for minors, which finally passed this session.

–Elle Moxley is a reporter with KCUR

The director of a University of Kansas research center that recently lost the contract for its main body of work is open to resuming negotiations with state officials.

Rick Goscha, director of the KU Center for Mental Health Research and Innovation, said he continues to receive emails and phone calls from mental health providers across the state who want to see the center and the Kansas Department for Aging and Disability Services work through their differences so that a longstanding training and evaluation program operated by the center can continue.

“Secretary (Tim) Keck continues to say he wants to support evidence-based practices in Kansas, and we are open to discussion how we can continue our work in this area,” Goscha said in an email. “Bottom line: the focus needs to remain on improving the lives of people with serious mental illness in Kansas.”

Secretary of State Jason Kander has, for now, decided not to disqualify a proposed constitutional amendment that would raise Missouri’s cigarette tax.

An appeals court panel earlier this month ruled that the ballot language should be expanded to read that a 67 cent-per-pack fee to be levied on smaller tobacco companies will increase every year. Then two weeks ago, the Missouri Supreme Court decided not to hear the case.

On July 18, Kander said that the change in language is not enough to disqualify it from the November ballot.

The boat trip from North Africa to Italy has ended in death and heartbreak for many migrants. It has been especially tough on children, many of whom come by themselves. In the second of a three-part Desperate Journey series from the Mediterranean, Malcolm Brabant is aboard a Doctors Without Border ship when one trip ends with promise of a new life in Europe.