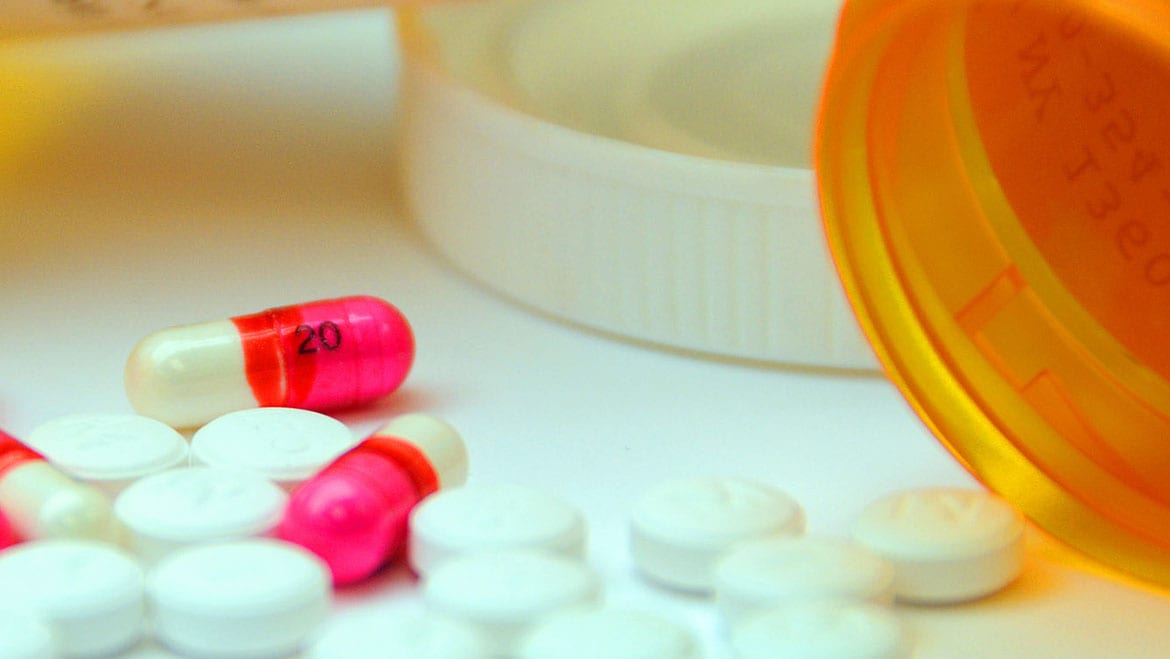 The Jackson County Legislature has authorized a local prescription drug monitoring database in the absence of a statewide program. (File photo)
Share this story

With overdose deaths from painkillers, or opioids, on the rise, the federal government is giving $3.8 million to health centers in Missouri and Kansas to combat the epidemic.

The grants are among $94 million the U.S. Department of Health and Human Services is awarding to 271 health centers nationwide to address the abuse of opioids.

“Drug overdose deaths are the leading cause of injury deaths in the United States,” Stephene Moore, regional director of HHS, told reporters Friday in a conference call. “That’s even more than deaths from car crashes.” Centers for Disease Control and Prevention

—Dan Margolies is editor of Heartland Health Monitor, a reporting collaboration between KCUR, KCPT, and the KHI News Service in Topeka, an editorially independent initiative of the Kansas Health Institute .

Sarah Lockridge thinks hospitals are where you go when you’re sick, not where mothers-to-be should go to bring their babies into the world.

That’s why she decided to have her first baby at a birth center in Kansas City, Kansas, under the care of a certified midwife. Kendra Wyatt, left, of the New Birth Center in Kansas City, Kansas, and expectant mother Sarah Lockridge inspect a ‘birthing sling’ in the room that Sarah is hoping to use when she delivers her first baby in a couple of months. (Photo: Jim McLean |Heartland Health Monitor)

At first, Lockridge says, her family questioned her decision.

“When you say I’m using a midwife, I’m not going to a hospital the first thing that comes into their brain is that you’re going to be in a mud hut in the woods somewhere,” she says.

But those concerns melted away after Lockridge led family members on a tour of the birth center where she plans on delivering.

“That whole environment is set up to calm a laboring mom so you can just imagine what it does to just a regular Joe walking off the street,” Lockridge says. “They’re like, ‘Oh, it’s so pretty and the music is so nice and, yes, I’ll have some infused water’ and instantly their fears are gone.”

Sarah is following a national trend, albeit a relatively small one.

The number of birth center deliveries – while still small compared to hospitals – has jumped more than 50 percent since 2007. And recent research has documented some associated health benefits.

—Jim McLean is executive editor of  the KHI News Service

A leading child advocate has obtained a document that she says confirms state officials are considering a deal to securitize the state’s tobacco settlement payments. Shannon Cotsoradis, president of the nonprofit advocacy group Kansas Action for Children, raised concerns about a possible securitization deal early last week in testimony to a Senate committee. At the time, she said a reliable source had told her that officials in Gov. Sam Brownback’s administration had discussed bonding future settlement payments in exchange for a one-time cash payment.

Eileen Hawley, Brownback’s spokesperson, said that administration officials had listened to a presentation on securitization, nothing more. She didn’t respond to requests for more information about when the presentation was made and who participated in the discussion.

Kansas’ state psychiatric hospitals have had some high-profile problems in recent months, and some senators want to form a committee to see if they can solve them.

Sen. Mitch Holmes, a St. John Republican whose district includes Larned State Hospital, said the hospital once was known as “the place to get a job” in Pawnee County, but many new staff members quit before completing their six weeks of on-the-job training. “Employee morale is a very serious problem, and as a result, patient safety is compromised,” he said.

Holmes is a member of the Senate Public Health and Welfare committee and testified before the committee about Senate Bill 477, which would form an oversight committee, on Monday. He said the goal isn’t to pressure the Kansas Department for Aging and Disability Services, but to assist it.

“I’ve heard, for years, people saying the Legislature has got to do something out there,” he said. Larned “affects half the state, and Osawatomie affects the other half.”

No one from KDADS testified.

Surprise medical bills are stacking up for many adults