Tap List | Have Your Candy and Drink It Too 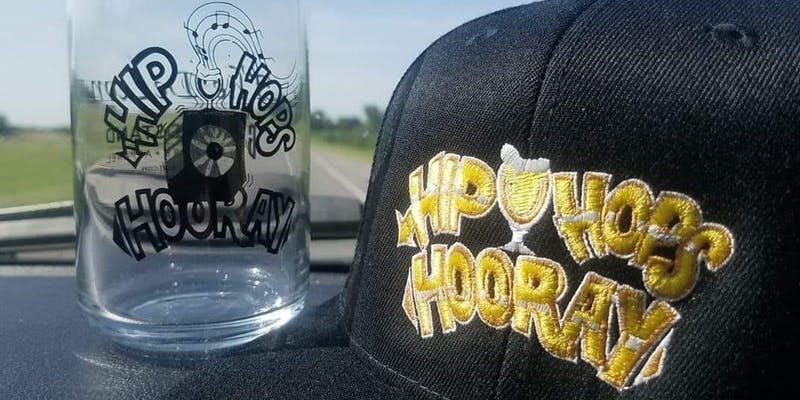 Hip Hops Hooray is an event where brewers come together to give their best rendition of a candy-inspired beer (Contributed | Diametric Brewing Company).
Share this story

You know what would bring a lot of Almond Joy to your weekend? Some of your favorite candies brewed with beer. Diametric Brewing Company, formerly New Axiom Brewing in Lee’s Summit, is putting on a Hip Hops Hooray event from 5 p.m. to 8 p.m this Saturday. There will be more than 40 home & micro-brewers competing to see which made the favorite candy-inspired beer.

And now that you are an adult, you get to eat (or in this case, drink) dessert before dinner. For your second course, Slater’s Wings & Things and The Melt food trucks will be there. Proceeds from this event will support research for Rett Syndrome.

Transport Brewery’s Car Hop (3.5%) a cherry-lime berliner weisse is back on tap.

Calibration Brewery has a nitro-brewed scottish ale, Compared To What (9.5%) on tap.

The creators of Lost and Found – a sci-fi short film, are hosting a fundraiser in Boulevard Brewing Company’s old taproom from 6 p.m. to 9 p.m. A ticket includes: beer, food, games, two tickets to the KC Premiere, and an opportunity to listen to the script. Proceeds will help fund the rest of the filmmaking process.

City Barrel Brewing Company is hosting a trivia night about the one and only — Kansas City. Test your knowledge about the City of Beer, I mean – Fountains. Sessions start at 6.p.m. and  8 p.m. The winner receives a $50 gift card.

Enjoy a nice evening run with Kansas City Running Company Brew Crew at Sandhills Brewing Company at 6 p.m. The run will be around 3 miles and afterward quench your thirst with some Sandhills brews.

Torn Label Brewing Company is releasing Corvino Pivo, a light lager dry hopped with Nelson Sauvin. The lager is a collaboration with the Corvino Supper Club team. The taproom opens at 5 p.m. and Michael Corvino will be giving out the first 200 half-chicken sandwiches for free to showcase one of the core menu items for their new restaurant, Ravenous.

There’s no better way to celebrate the Italian holiday, Ferragosto, than with a feast at Lidia’s. The dinner includes a pairing with Boulevard Brewing Company beer. The five-course dinner will include Ferragosto-influenced dishes, including “Espresso Pappardelle, Grilled Grand River Mushrooms & Gorgonzola Dolce.” To reserve your spot call (816) 221-3722. Dinner starts at 5:30 p.m.

Take a casual bicycle ride through Lawrence while supporting Lawrence Unchained Bicycle Co-op. Enjoy brews at each stop, including: Free State Brewing Company, Gaslight Gardens, and Kaw Valley Public House. Barbecue from KB’s Smokehouse is included and you must bring your own bicycle. Register here.

Not sure if you have heard, but Kansas City has its own holiday now. It is properly called 816 day and City Barrel Brewing Company is throwing a celebration for it all day. There will be special food, a 816 DDH all Citra Blonde, 816 fanny packs, and ticket giveaways for upcoming shows at The Truman.

Join Catholic Beer Club’s Kansas City chapter at Brewery Emperial at 7:30. All are welcome, Catholic or not. Finding friends can be tough, so whether you are heading back to school this fall or not, grab a beer with some new people.

Servaes Brewing Company is hosting a donut pairing with Mr. D’s Donut Shop from 10 a.m. to 11 a.m. Tickets include a sampling of four Servaes beers or Aaron’s craft soda with four different donuts. One of the combinations includes a lemon sour with a blueberry donut.

Michael Crane of Crane Brewing Company and gypsy brewer Rodney Beagle, are featuring their beers at Powell Gardens for a barn beer dinner with Chef Michael Foust hosted by Jill Silva from 5 p.m. to 9 p.m. A Lemon Grisette will be the featured brew, with fresh lemon balm and lemon peel. The three-course dinner includes: vegetables grown in Powell Gardens and local meats cooked over an open flame. Tickets are available to purchase now.