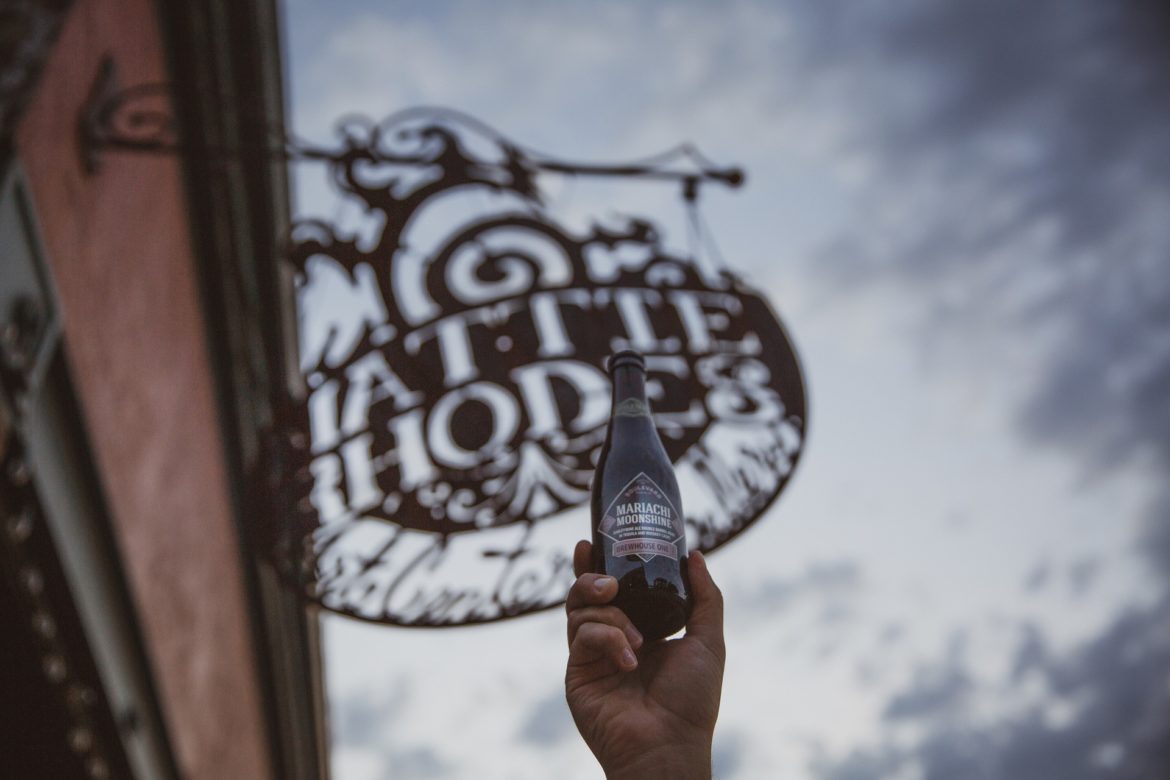 A beer that has spent nine months in bourbon barrels and an additional six months in tequila casks deserves your time. Boulevard Brewing Co. has teamed up with Mattie Rhodes Center to create Mariachi Moonshine. Every bottle sold will raise $1 for Mattie Rhodes, which “provides a holistic approach to individual and family well-being through social services, behavioral health counseling and the arts.”

Mariachi Moonshine comes in at 13.7% and is touted as a “barleywine like no other.” It will release Friday starting at 10 a.m. at Boulevard’s Beer Hall & Gift Shop. You can taste the beer on draft and purchase up to two 4-packs at the gift shop. There may be a few surprises for customers as well.

If you absolutely can’t wait until Friday to get your hands on this beer, Boulevard is hosting a pick-up party in their Rec. Center on Thursday from 5-8 p.m. A $30 ticket to the event includes a draft pour, a bottle to take home, the opportunity to purchase up to two additional 4-packs before everyone else, and a poster designed by Edwing Mendez. While you’re enjoying the new release, you also can support Mattie Rhodes by bringing in art supplies anytime during the weekend.

Transport Brewery’s Post It Notes (6%) pale ale is back on tap.

Torn Label Brewing Co. has Brother Palmer (6.1%) on tap and a can release later this month. This is a Belgian honey blonde ale brewed with tea and lemon.

Pucker up at The Rieger and enjoy a sour beer dinner featuring beers from Boulevard Brewing Co. The beer selections include Love Child #10, Smooth Fuzz, Lickable Wallpaper and Saison Brett 2017. One of the dishes includes peaches, pork and jalapenos. Tickets are $60 each and are available for purchase here.

Grab your brooms and fly on over to City Barrel Brewing Co., which is hosting a Harry Potter & The Sorcerer’s Stone Trivia Night. It will be magical. Sessions are at 6 p.m. and 8 p.m. and prizes will be given out to the top sorcerers.

Casual Animal Brewing Company is hosting Beer & Friendship, a comedy show from 7:30-8:30 p.m. in the taproom. Aaron Naylor will be delivering the jokes. The event is free with a $5 suggested donation, and these comedy shows will be held every last Thursday of the month.

Be the first to drink Mariachi Moonshine at the pick-up party at Boulevard Brewing Co.’s Rec. Center from 5-8 p.m.

Mariachi Moonshine is released to the public and available to purchase at Boulevard Brewing Co.

If you live or are in Olathe, Kansas, and you want to try some beer from Limitless Brewing, head on over to KC Wine Co. at 6 p.m. for some samples. Yum.

The 2nd Annual Bar Olympics are being held in Martini Corner from 2-6 p.m. Get on a team of four and compete in nine games to see who comes out a champ! Each team gets two pitchers of beer or mimosas.The proceeds of this event go to Street Medicine KC, which seeks to provide “street medicine”, a systematic effort to provide medical care directly to those living and sleeping on the streets through mobile services such as walking teams, medical vans, and outreach clinics. Tickets to compete are available here.