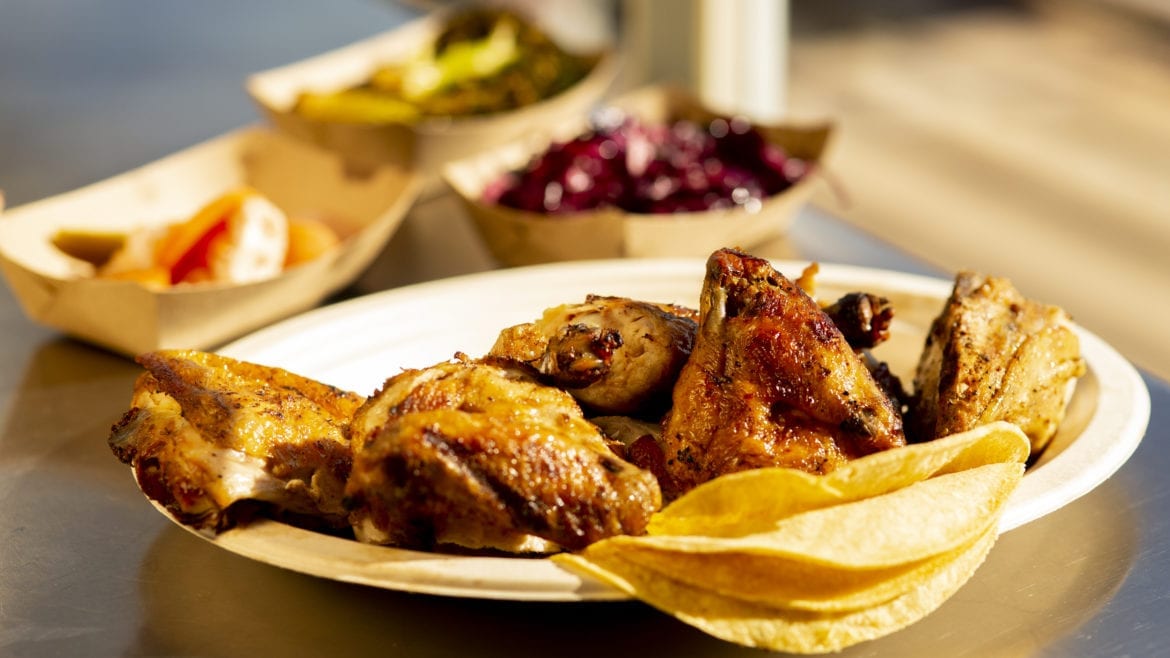 “This is a very personal restaurant,” Mortera said. “I wanted to bring affordable food to the Westside. I think it’s a great representation of what’s happening on the Westside with this move from traditional to hip.”

Poi-o is a new chicken concept located in the former Speak Sandwiches space, from Mortera and his father, Carlos, that serves half and whole grilled chickens, as well as Adobo baby back ribs (Filipino-inspired with vinegar and soy sauce).

“I grew up eating chicken,” Mortera said. “And I’m still eating it.”

Mortera’s father owned eight rotisserie chicken restaurants in Queretaro, Mexico. The rub at those restaurants inspired the brine for Poi-o. The chickens are brined in vinegar, chili, garlic, salt and pepper for 24 hours, baked and then finished on a wood-fired grill.

“We use cherry wood for that bit of sweetness,” Mortera said. “I’ve had a lot of dry chicken and I think this way of cooking helps keep the chicken moist.” 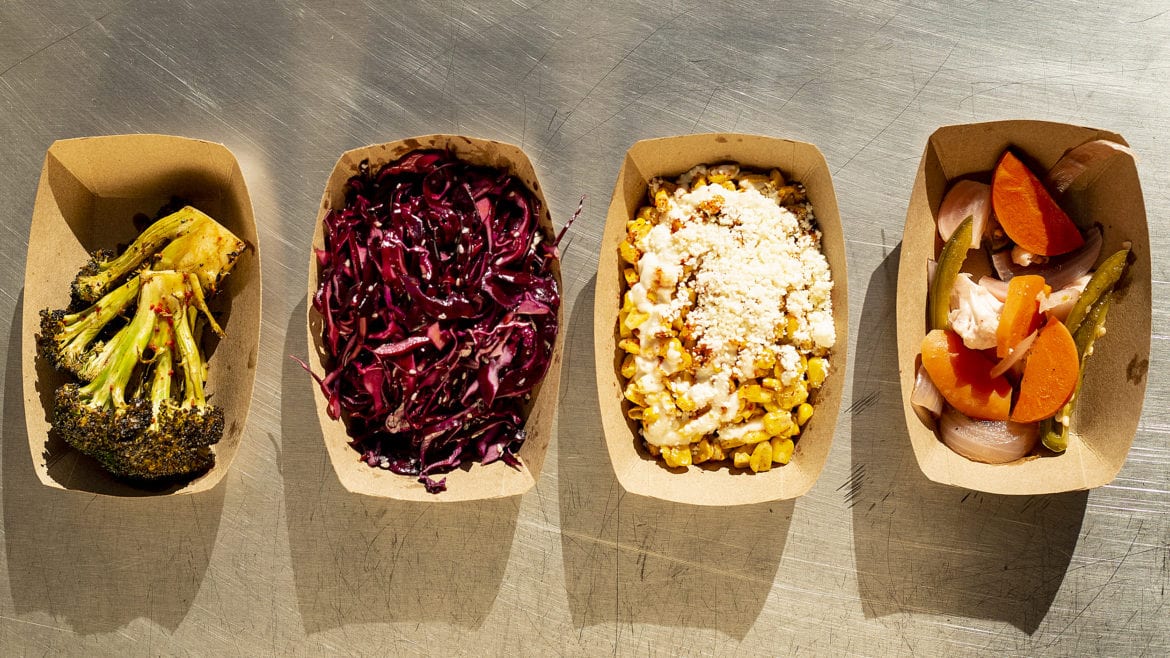 This has been a busy year for Mortera, who is the chef and owner at The Bite, which serves sandwiches that smash up Asian and Mexican flavors, in the City Market. He also developed the menu for Our Daily Nada in the River Market, which opened this summer.

Our Daily Nada Brings Literature & Libations To The River MarketWhen Andrea Baca and Amy Covitz first met, they were co-workers at a local law firm. During their lunch breaks, they bonded over their shared love of books, music and movies. Eventually Covitz confessed her dream of opening a bookstore. After a…

Orders of chicken and sides are taken at the counter. A whole chicken runs $16. Each side is $3. The chicken comes with corn tortillas, a side of pickles (jalapeno, cauliflower and onions and radish, which spend three days in a vinegar bath with oregano, bay leaf and sugar) and a chimichurri sauce made with cilantro, garlic, jalapeno and the tops of green onions. “We wanted a salsa verde, but different,” Mortera said of the green sauce. “It goes well with the chicken. It adds acidity.”

To drink, Poi-o has soda and water, including fizzy Topo Chico popular in Texas and Mexico. The new restaurant is awaiting a liquor license before adding beer and wine. You can expect Mexican beer, selections from Torn Label Brewing Co. brews (a Mortera favorite) and rosé.

There’s a bank of stools by the window, or you can sit at one of three long steel tables in the dining room. Oversized chickens painted by local artists watch down from above while you eat.

“We’ve had guys in suits and construction workers sitting at the same table,” Mortera said. “I want everyone to have good food.”

Order Up | The Bite's Senor Chang

A Peek at Speak Sandwiches