A look at three new restaurants participating in KCRW 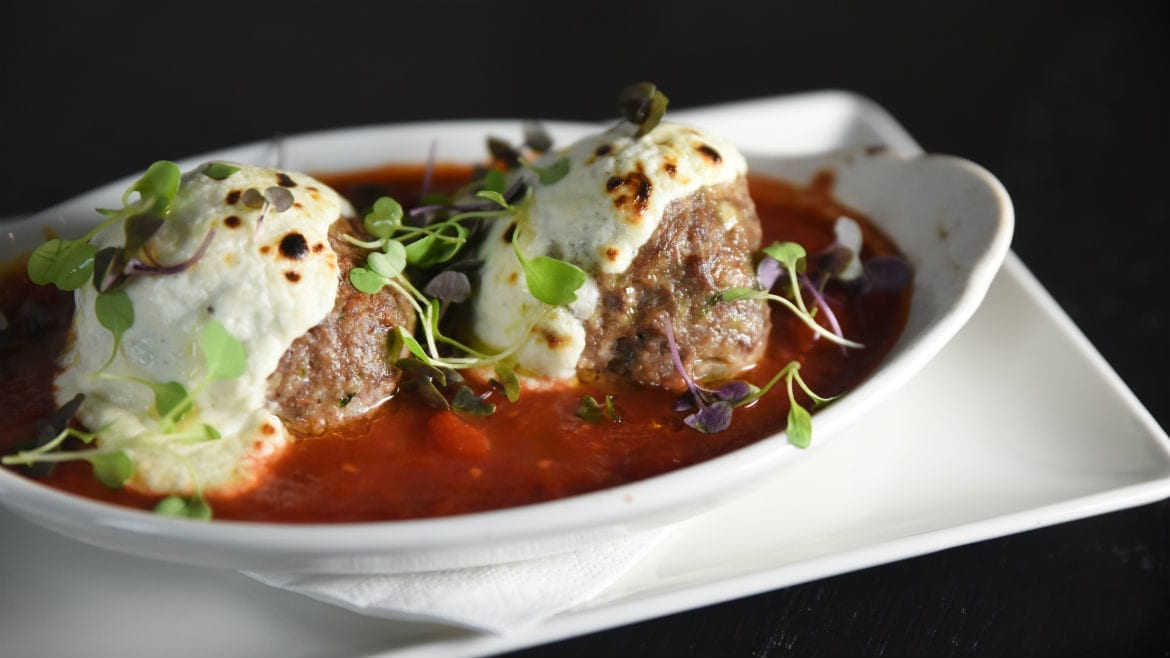 Not sure where to kick off 2018 Kansas City Restaurant Week?

“They start with the numbered ones, versus the ABCs, so we’re at the top of the list,” says Jason Kolich, who co-owns the year-old pizza parlor with his wife, Kelli. 1889 Napolitana Pizza ups the ante with a four-course menu featuring an appetizer, salad, pizza and for two for $33. (Jill Silva | Flatland)

1889 is also one of the few fast-casual restaurants, although it is a tad swankier than most pizza places, featuring velvet tufted booths, a chandelier and hand-tossed pizzas you can watch being made in an open kitchen.

All KCRW restaurants will feature a $33 per diner dinner option, but 1889 will bump theirs up to four courses designed to feed a couple, including an appetizer, salad, 11-inch pizza and cannoli. 1889 is also betting their fast-casual service will appeal to diners who want “quicker and faster” options. But if upscale Italian is more your speed, try Tavernonna, located in the Hotel Phillips at 106 W. 12th St.

Tavernonna opened last February so it is chef Bryant Wigger’s first time participating in KCRW, although he routinely participated in two restaurant weeks per year while working on the Los Angeles food scene.

“There was this stigma that people are only looking for a deal and some chefs responded by skimping on quality. But I refuse to serve crappy mashed potatoes with something on top,” Wigger says.

He will proudly showcase Tavernonna’s crowd-pleasing Nonna’s Brisket Meatballs and a version of Chicken “Parm” that is a far cry from the school lunch, thanks to such refinements as tomato marmellata and caciocavallo cheese.

“It’s a gateway item,” McLean says of her extra-crunchy breaded fish balls which are part of the “mumsa” course, a Swedish word for snack or appetizer. “A lot of people say they don’t like fish. I tell them trout is ‘Bacon of the Sea.’ They try it and say, ‘Oh, that’s not bad!’” Creamy carrot sallad is one of the KCRW lunch choices at Krokstrom in Midtown. (Courtesy of Krokstrom)

Last year McLean tried to offer a menu comparable to KCRW prices ($33 for dinner and $15 for lunch) but found diners were resistant because the charitable component was missing.

As a KCRW first-timer, McLean’s goal is to expose a new crop of diners to her Scandinavian-themed restaurant at 3601 Broadway Blvd.

“We’ve got to get them in with the easy stuff and then you help them become more adventurous,” McLean says.

And chances are her cloudberry cheesecake — with a tart, juicy yellow berry that grows throughout Scandinavia and looks like a raspberry — is foreign yet familiar enough to rank high on your list of KCRW favorites.

-Jill Silva is a James Beard-award winning food editor and writer. You can follow her at @jillsilvafood.

Three Accomplished Chefs You May Not Know