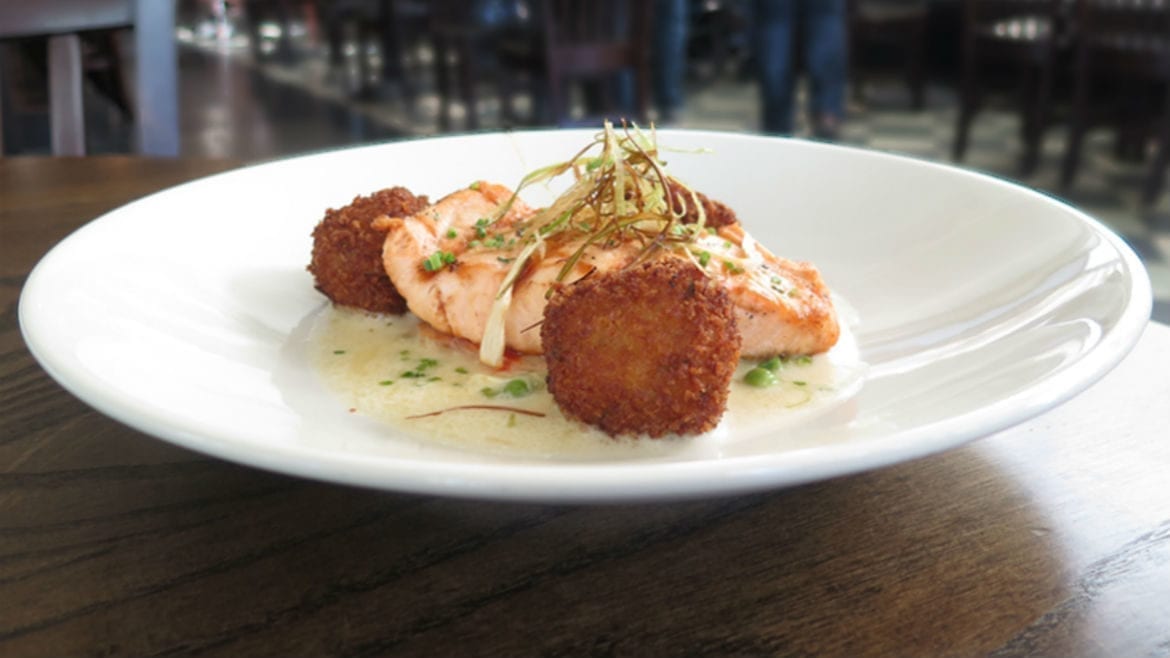 The salmon and arancini in a coconut milk broth is part of Brown & Loe's Restaurant Week menu. (Pete Dulin I Flatland)
Share this story

Two restaurant weeks, one weekend. Whatever will you do? The answer is eat out. A lot. Kansas City Restaurant Week — more than 180 restaurants with $15 prix fixe lunches and $33 dinners — continues through this Sunday. Downtown Lawrence Restaurant Week debuts today and runs through next Saturday, Jan. 28. Twenty-two Lawrence, Kansas, restaurants will have special menus for restaurant week, including fish and chips at Lucia, chicken confit pizza at Limestone and smoked brisket gyoza dumplings at Ramen Bowls.

Crows Coffee Waldo (7440 Washington St.) will be hosting The Meat Shed for a pop-up on Saturday from 5 to 9 p.m. They’ll have samples and charcuterie, as well as roasts, sausages and rillettes. You can pair said meats with coffee, wine or cocktails, as Crows Coffee recently added a liquor license.

Editor’s Note: Jonathan Bender is founder of the Recommended Daily, a sponsor of Kansas City Restaurant Week. This is not a sponsored post.

A Burger State of Mind & Other Weekend Possibilities

The Elements of Sandwiching & Other Weekend Possibilities