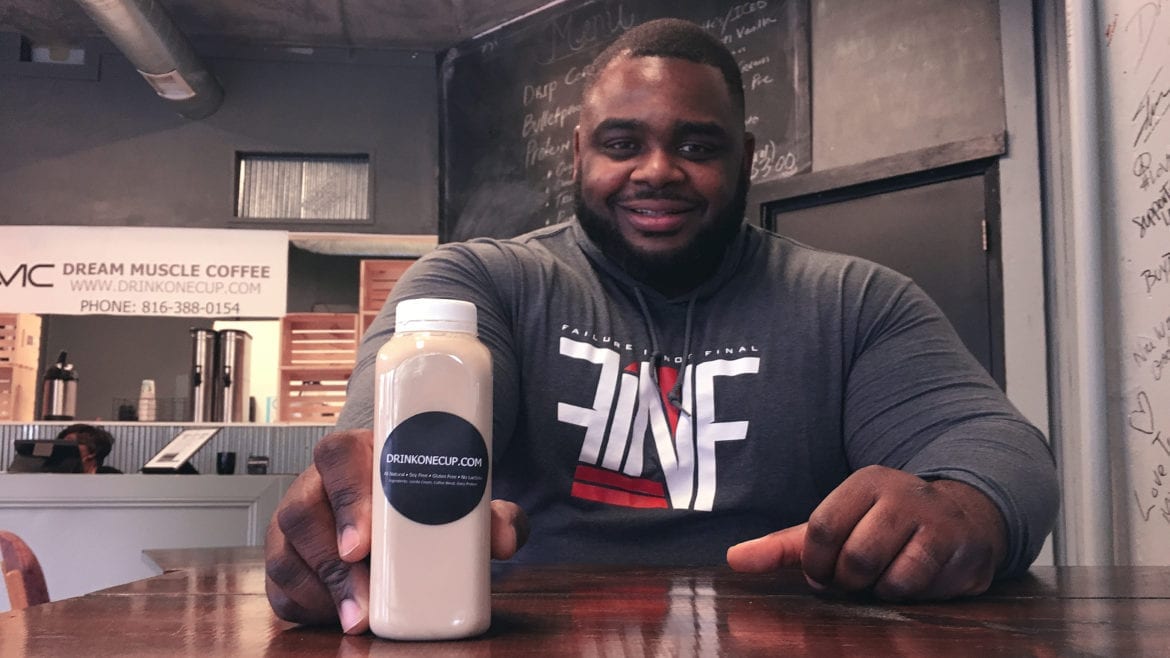 Timothy Shockley Jr. doesn’t mind a little butter in his coffee. On occasion, he’ll even add in a splash of milk protein.

In October, he opened a cafe with his father, Timothy Shockley Sr., and his mother, Regina Shockley, at 4101 Troost Ave. in the former Urban Cafe space. The corner spot is offering a pair of unique menu items: cold-brew protein coffee and a take on Bulletproof Coffee — a grass-fed butter drink invented five years ago by entrepreneur Dave Asprey that’s spawned a series of products, cafes and recipes.

“I’m not a coffee connoisseur. I just want this to taste good,” Shockley said of the protein coffee he’s spent the past three years perfecting.

“I really want to help people get on track,” Shockley said. “And every day we get to educate people.”

Before there was Dream Coffee, there was the Dream Muscle Gym in Olathe, Kansas. Shockley, a former pro football player in the Arena Football League, started the gym to help locals improve their strength training. A friend who ran a coffee shop in Shawnee, Kansas, asked if he could store 300 pounds of beans in a storage space attached to the gym.

When that coffee shop closed, Shockley suddenly found himself with several hundred pounds of coffee. In the mornings, he’d slam a protein shake and chase it with black coffee. But he wondered if there might not be a way to combine the two drinks. He searched Google. He watched roasting videos on YouTube. And he used his clients as taste testers.

The recipe for his protein coffee came together over the course of two years. He settled on a medium roast combined with vanilla cream and casein (dairy protein).

“It tasted right. It smelled good. And it could sit for seven days without any preservatives,” Shockley said.

After selling the bottled drink online for the past 18 months, Shockley made the decision to open up the cafe with his parents. For those who don’t want protein in their morning cup, there’s drip coffee. Dream Coffee also serves CBD oil shots, which Shockley said, “helped me with memory loss” after his retirement from football. He’s working on adding a coffee juice drink and smoothies.

The shop has a small breakfast and lunch menu. There’s bacon-egg-and-cheese stuffed between pancakes; a bacon, turkey and ranch dressing sandwich on Texas toast, or a chicken Caesar salad. On Saturdays, Dream Coffee will start doing cheat days, intentional breaks from a weekly diet. Think chili or chicken and waffles.

While he closed his gym in Olathe, Shockley still works with clients in the metro. He is even thinking about adding workout plans to the menu.

“I’m excited to be in the city,” Shockley said. “And I’m just trying to add value to people’s lives.”