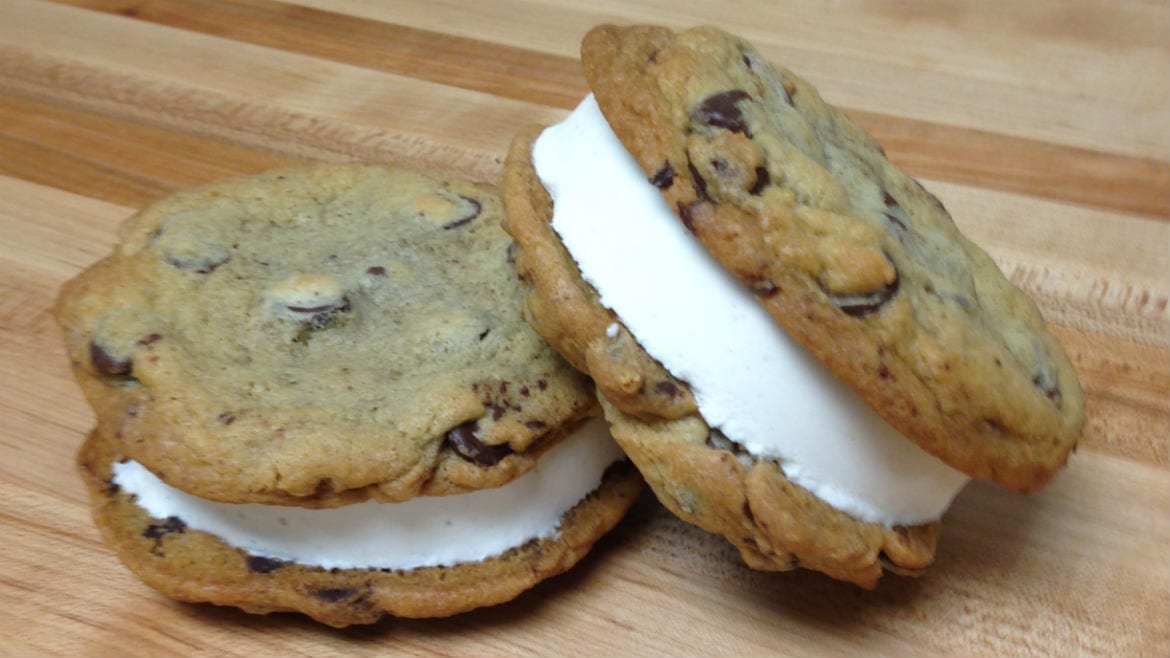 “Ice cream is a heightener,” said Friesen. “The sun is shining and you want to get out and have ice cream. It just makes your day better.”

Just like the blend of three flavors he handed out last month at Waldo Week, Betty Rae’s will be a mix of classic and experimental flavors – a reflection of Friesen’s experience as a baker and ice cream maker.

Friesen’s journey into ice cream began alongside his co-owner and wife, Mary Nguyen, at Sparky’s Homemade Ice Cream in Columbia, Missouri. The walls were dotted with portraits of clowns and Star Wars’ Admiral Akbar, but Sparky’s drew in crowds because of the rotating cast of unusual and seasonal flavors. Friesen and Nguyen were free to experiment and they developed the recipe for lavender honey, which became one of Sparky’s signature flavors.

“You sometimes see a honey jar that says lavender honey because the bees live near a lavender field. That was the inspiration,” said Friesen. “I love floral or aromatic flavors that have that nose component because that’s what transports you.”

When the couple moved to Ohio, Friesen began working for Jeni’s Splendid Ice Cream – a scoop shop that has since become nationally known. (Jeni’s opened an outpost in St. Louis last year.) Friesen also worked for Dan the Baker, an artisanal bread bakery in Columbus.

“There are real similarities between baking and ice cream,” said Friesen. “You have a base of dough and ice cream that you can manipulate in different ways depending on what you introduce. You have to pay really fine attention and then it’s just a question of how far do you want to take it.”

The couple moved to Kansas City in 2014 and Friesen took a job at Baked in Kansas City in Westport. In the subsequent two years, he also made pastries and bread at Sasha’s Baking Company and Heirloom Bakery & Hearth. But Friesen and Nguyen still thought about owning their own ice cream scoop shop.

The space at 7140 Wornall Road is a bit unconventional. It sits in the shadow of a paint store and was last a neon-splashed Orange Leaf. But the couple liked that it had room for seating and a small patio. And they had a clever hack for the wall cutouts that once held fro-yo dispensers. Some bays have been transformed into activity cubbies, but the main draw will be a plastic bubble, right around the height of a 5 year old, that looks into the shop’s kitchen. 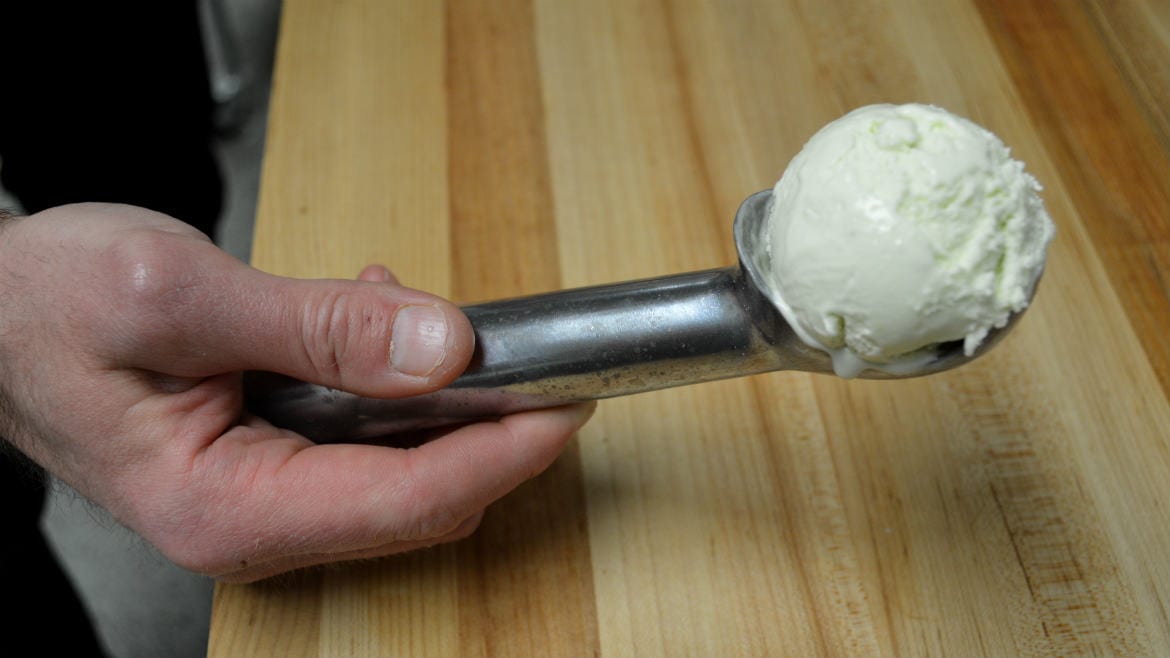 The ice cream case at Betty Rae’s, named for Friesen’s grandmother, will be stocked with 24 flavors. Traditionalists will find vanilla, chocolate, cookie dough, and cookies and cream. Friesen intends to utilize some of the techniques he developed at Sparky’s. Just as he steeped dried lavender flowers for the lavender honey ice cream, he’ll steep mint overnight for the mint chocolate chip.

“You want ice cream that’s rich and creamy. It needs the right fat level and you can’t beat too much air into it,” said Friesen. “It’s got to be scoopable and not melt instantly on the cone.”

For those looking for dairy-free ice cream, Friesen intends to rotate a series of coconut milk-based ice creams and sorbets. He’s also playing around with tomato basil, cantaloupe, or even a barbecue-inspired concept that has a sweet sauce and sweet cream base.

“I wouldn’t draw inspiration from other ice cream parlors, so much as great bakeries and restaurants,” said Friesen.

In addition to making the cookie dough and cookies as ice cream inclusions, Friesen intends to put his baking pedigree to use. Betty Rae’s will have waffle cones made out of Swedish crumb cake dough, ice cream sandwiches (they’re experimenting with a green tea macha powder cookie and strawberry ice cream), and specialty pastries (scones, brioche) likely featured on Sundays in sundaes.

“My white whale that I’m chasing right now is an almond croissant ice cream. I’d like to work almond paste into an ice cream base,” said Friesen.

The shop will make its own compote for sundaes along with caramel and chocolate. On the drink menu, they’ll feature shakes that you should “just be able to get up a straw.” Scoops of ice cream will be turned into soda floats and affogatos – a dessert with a shot of espresso from the machine behind the counter. The same espresso bean will also be featured in the shop’s coffee ice cream.

“Ice cream is about everybody going at their own speed or comfort level,” said Friesen. “We just want people to get in here and a have great day.”

The Block | The "Central Philosophy" of Betty Rae’s Ice Cream