Assault your senses — in the best possible sense — this weekend 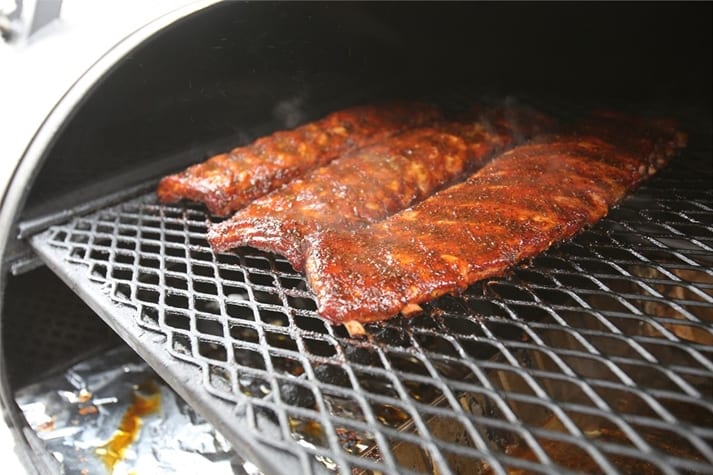 It definitely passes the smell test. The American Royal's World Series of Barbecue moves to Arrowhead Stadium for the first time this weekend. (Credit: American Royal)
Share this story

Fall has fallen, and there’s no prettier time to be in our town. Make the most of the season this weekend by busting out the sweaters and hoodies, snorting a few lines of pumpkin spice, and getting out to see what the city has to offer.

First Friday art walks are always a fine time, provided you’ve got comfortable shoes, and October’s version of the event may be your last chance until spring to enjoy a mild night on the sidewalks. After this weekend, the next edition of our mega-popular gallery walk will be November 1. By then, of course, the weather could be brutal. Besides, November 1 is Game 5 of the World Series. With luck, most of KC will be busy that night rooting on our boys in blue.

If you want to drink outside, enjoy crowds, but don’t want to be bothered with art galleries, head to the Country Club Plaza for WaterFire. The free, traveling public art installation created by Barnaby Evans in Providence, RI, nearly 20 years ago has since spread nationwide, with KC’s version among the most spectacular. There will be bands, food, drink, performances by Quixotic. And, of course, the world’s prettiest drainage ditch, Brush Creek, will be transformed into a pagan spectacle by fragrant fires on floating braziers. As art, WaterFire is not terribly evocative. There’s no narrative, certainly. But it’s genuinely beautiful, the people-watching is delightful, and the show always makes for an Instagrammable night. Be sure to bring a fully charged phone as well as the requisite lawn chairs and blankets.

Waterfire may be famous for aromatic smoke, but Truman Sports Complex is about to become the prettiest smelling spot on earth. It’s time for that other World Series – the one that KC hosts every year and an event that our city approaches with unreserved religious fervor.

For the first time in its 36-year history, The World Series of Barbecue is not being held in the West Bottoms. The planet’s biggest, best, most fanatical barbecue competition has moved to the world capital of tailgating; Arrowhead Stadium’s spacious parking lots. Accordingly, the 2015 WSOB will be the biggest ever, featuring 618 teams from 39 states, all publicly smoking their meats. In addition to the fierce competition and often lavish privates parties (most of which require a separate ticket), this new iteration offers big name entertainment. Literally. Country superstars Big & Rich will perform the night of Oct. 3. Find more information click here.

If you prefer to spend the cool evenings inside, consider a metaphorical kind of cool. Check out the 2nd Annual Film Noir Festival at Alamo Drafthouse. All weekend, fans of the classic genre can catch a collection of the dark and sometimes campy flicks. Better yet, the films will be projected in real, live, gorgeous 35mm film – the cinephile’s equivalent of vinyl. Noir titles set for screenings include “Road House,” “Sorry, Wrong Number,” and (of course) “Kansas City Confidential.”

In addition to the oodles of movies, there’s a vintage nightclub event Friday night at The Chesterfield, a bar in the theater lobby. The show features chanteuse Laura Ellis, a KC native who now lives in LA, and the bewitching burlesque vixen, Evie Lovelle. She’s got looks that the New York Times likened to Rita Hayworth’s. Hubba-hubba. Completing the aura of stylized sultriness are the David Lynchian sounds of The Latenight Callers. Go here for a full listing of movie showtimes and nightclub events.

Still on the Noir tip, but in a much more elegant milieu, is the Lyric Opera of Kansas City’s dark retelling of Don Giovanni. It’s a radically updated staging of Mozart’s famous opera, replete with felt fedoras, trench coats, and Runyonesque speakeasies replacing the streets of old Seville. The show is about to shutter, so this weekend is your last chance to see the original and very well-received production. Get some class, baby, and get thee to the KPAC.

After all the moody darkness of opera and Film Noir and, you might need a few laughs. How about hitting Sprint Center on Saturday night for “The Comedy Get Down”?

True, most people think that stand-up comedy is best performed in small clubs and theaters. Most people are absolutely right. This weekend, though, laughs will fill an entire arena. That’s the plan, anyway. It’s surely a solid bill, with Cedric ‘The Entertainer,’ Eddie Griffin, D.L. Hughley, George Lopez and Charlie Murphy playing one massive show. Tickets are on sale at SprintCenter.com, available by phone (888.929.7849) or at the arena’s box office.

Those stand-up comics, make no mistake, are going to cuss. A lot. If you want something truly family-friendly, almost overwhelming in its wholesomeness, finish your weekend by heading north to the 27th Annual Weston Applefest Celebration. It’s inexpensive. Tickets are just a buck, and it’s nearly Norman Rockwell-ish in it’s unpretentious innocence. There will be arts and crafts booths on Weston’s super-charming Main Street. There will be pony rides, for goodness sake, carnival games, and pumpkin painting for the kiddos. And, of course, there will be apple everything – dumplings, pies, cookies, butter and cider. Shop, stroll, chow down and fill up, knowing that the prettiest season of the year has begun.

The Pick-Me-Up Gets a Lift

(Shhh... We're Not Supposed to Talk About It)