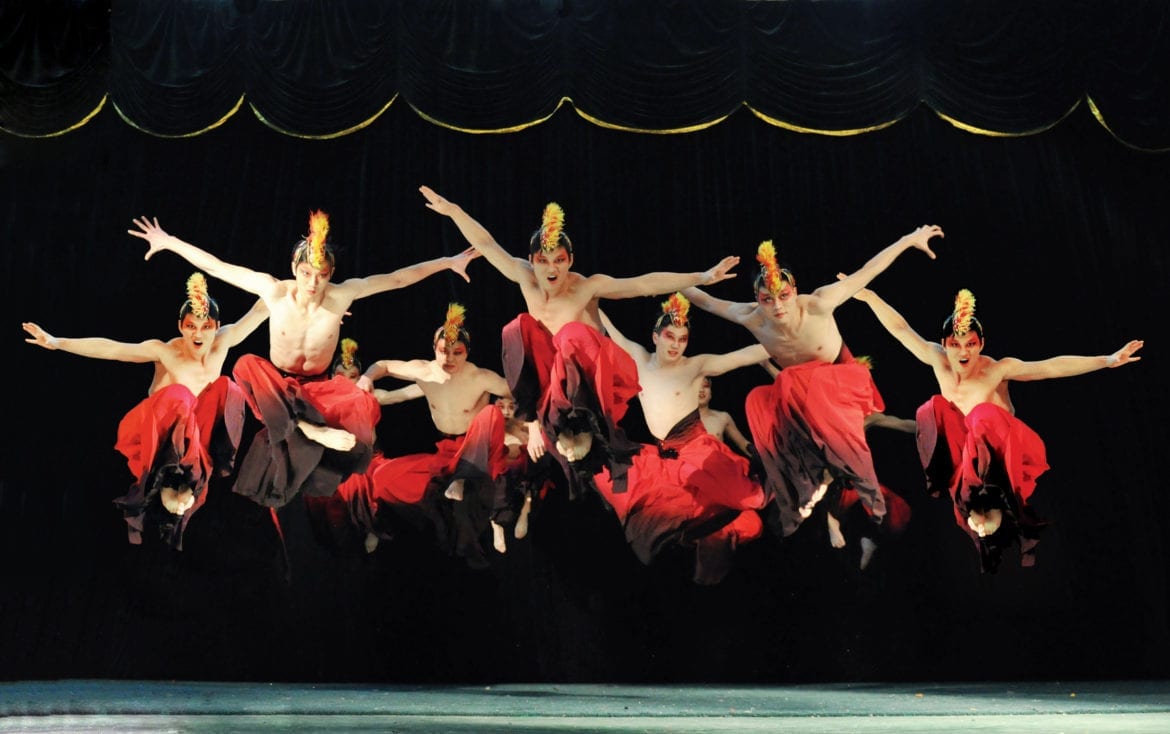 The Shanghai Acrobats will jump into fall at the Lied Center in Lawrence. (Photo: Contributed | Columbia Artists Management Inc.)
Share this story

Aw, the sweetness of hate. Hate can actually be healthy, believe it or not, especially when channeled into something as silly as sports. What Royals fan among us, after all, doesn’t healthily hate Madison Bumgarner? Or, for that matter, the Oakland Raiders. Coming off a bye week and a bad loss, our beloved Chiefs face their most ancient rival this weekend. The game is in California, though, meaning you’ll have to settle for watch parties.

In fact, lovers of live, local sports have slim pickings all around. Sporting KC is also on the road, meeting Real Salt Lake. Mizzou plays in Gainesville, Florida against the Gators. KU, after a grievous loss to TCU, plays Baylor in Waco, Texas. That leaves the American Royal Grand Prix, an equestrian jumping event at Hale Arena in Kansas City, Missouri, as your best live sports option this weekend. So, you know. Giddyup.

Dance has its fair share of haters. They’ll be missing out this weekend by not seeing the Kansas City Ballet’s season opener, Midsummer Night’s Dream, which runs for one more weekend. Choreographed by Bruce Wells, it’s a lovely production filled with all the usual taffeta, tiaras and twirls. The Shanghai Acrobats, though, are very different show. The cirque troupe is among the world’s best, performing eye-popping feats of contortion and aerial acrobatics, mixed with Chinese dance and music. Studiously family-friendly, that show is at the Lied Center in Lawrence Friday night.

Brad Paisley’s country twang will only be a few streets away, at KU’s Memorial Stadium. More specifically, he’ll be performing in the parking lot. The free concert is part of The Country Nation College Tour. Gates open at 7 p.m., and Brett Young opens the concert at 8 p.m.

If you are in Lawrence the next night, see Judy Collins, also at Lied, making up for a date missed due to laryngitis. Or see St. Lucia. The South African-born, Brooklyn-based singer performs at Liberty Hall. Or catch Tom Odell with Bridge favorite Barns Courtney. They’ll be at The Granada.

In KC, the Sprint Center has a pair of shows, neither of which you should hat on. Soul songstress, Reality TV star and multiple Grammy-winner Toni Braxton performs on Friday. On Saturday, bring your boots for bro-country superstars Florida Georgia Line.

There’s a more traditional country sound at The Uptown. Aaron Watson had the audacity to write a country song that praises white wine. Instead of, you know, singing about beer. Better yet, see the great Ronnie Milsap. The Country Music Hall-of-Famer has six Grammys and a mind-blowing forty – forty! – number one hits. He’s at the Uptown, too. The venue has quite a full weekend, in fact, with Ingrid Michaelson bringing her charming indie pop on Sunday night.

A lot of people hate opera. They’ve usually never seen one. Rectify that be seeing the Wichita Grand Opera performing Puccini’s classic “La Bohème” on the JCCC campus. If you only like opera singers, though, and don’t need the whole rigamarole, grab tickets for the magnificent Renée Fleming. Arguably the world’s most famous soprano (aside from Tony), the great diva performs at the Kauffman Center for the first time ever on Saturday night. The event, no shock, is brought to you by the Harriman-Jewell Series.

Some people hate jazz. They should avoid two-time Grammy-winner, guitarist Will Matthews. He’ll bring his B-3 Organ Project to the Polsky Theatre at JCCC on October 16. Gospel haters won’t want to see Fred Hammond at the Music Hall. Shonen Knife performs at recordBar. Don’t go if you hate Japanese pop punk legends, If you hate funk, don’t see funk masters Lettuce. They’re at CrossroadsKC on Friday. 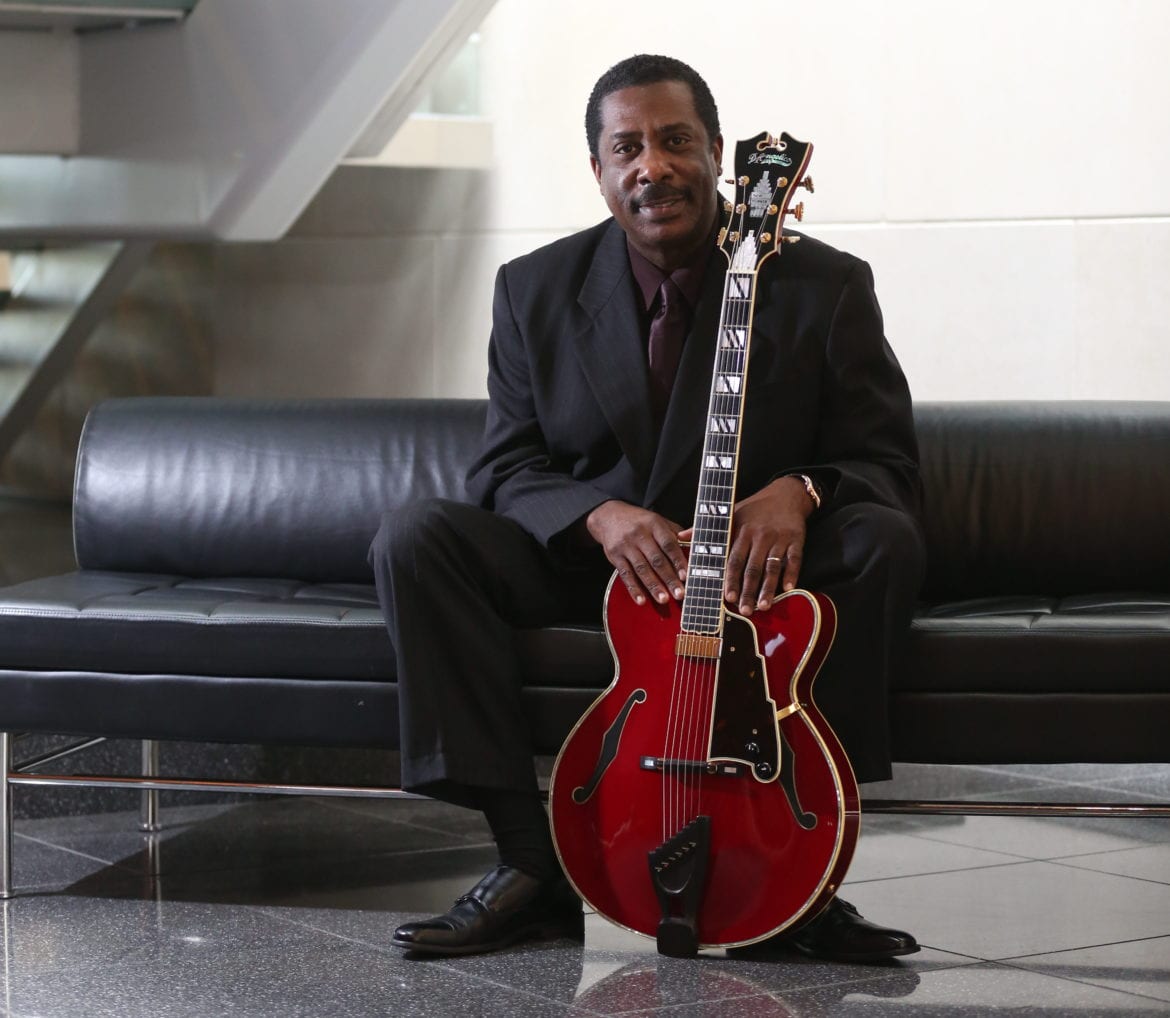 The Crossroads also has fun for a good cause, Fed Up Fest. It’s brought to you by Harvesters, a community food network that hates hunger in KC. The show features a fine mix of local and national acts, including Sylvan Esso, Split Lip Rayfield, Various Blonde and the can’t-miss antics of MarchFourth, a sort of 21st-century psychedelic marching band. 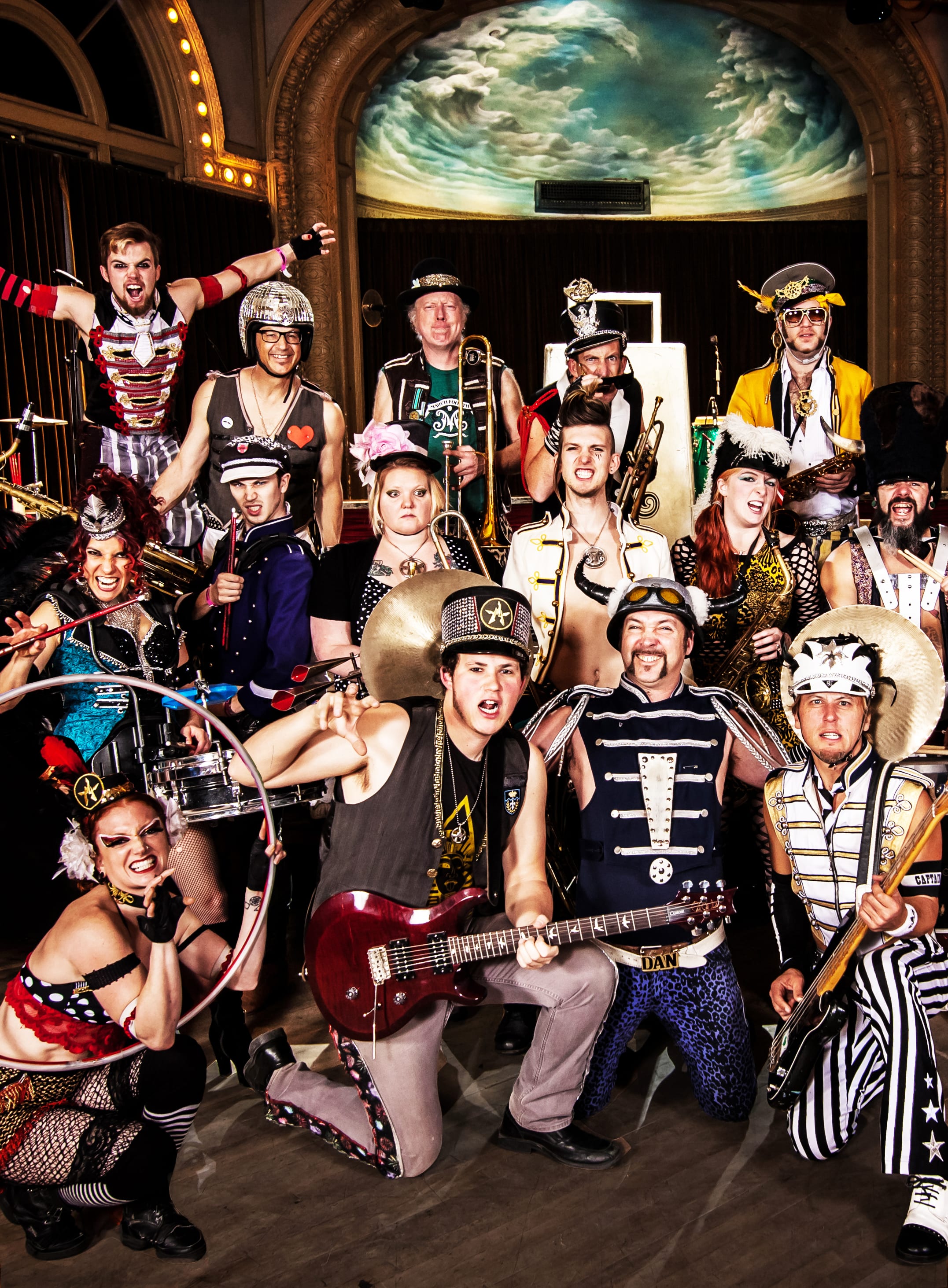 You know what’s easy to hate? Halloween. Especially how it’s grown from a one-day kids’ celebration to a month-long grown-up party. At The Midland on Friday night, you can attend one of a gillion Halloween-themed happenings around town, the Buzz Halloweenie Roast. Phantogram, a New York-based dream-pop duo, headlines a quadruple bill.

Speaking of scary stuff, beyond haunted houses in the West Bottoms, you can get to Worlds of Fun for Halloween Haunt or visit the Kansas City Zoo for Hoots & Howls. You can also celebrate the spookiest month at the Powell Gardens GLOW Jack-O-Lantern Festival. They’ll have more than 700 jack-o-lanterns on display, along with hayrides, pumpkin painting, and all sorts of other kid-friendly fun. The Renaissance Festival, Halloweenish only in the sense that people wear costumes, closes Sunday

Theater lovers can celebrate the scary month with “Evil Dead: The Musical” – a singing, dancing, spoofy celebration of horror films. Be careful if you sit close, though. Floor seats are described as in the “splatter zone.” There’s less seasonal theater on tap, as well. The Rep is staging “The Invisible Hand,” a political thriller by Ayad Akhtar, a Pulitzer Prize-winning playwright. Theater fans can also catch “O Beautiful” by Theresa Rebeck on the UMKC campus and “Octonauts and the Deep Sea Volcano Adventure.” The latter, as the name suggests, is strictly for the kiddos. It’s at the Midland on Saturday afternoon. The Civil Rights-era drama “The Nine Who Dared,” not strictly for kids, runs for one more week. So does the darkly comic “Annapurna” at The Living Room.

If you hate comedy, by all means, avoid Stanford’s in Overland Park, lest you see Steve Hytner. He’s famous for a recurring role on “Seinfeld” as hack comic Kenny Bania. Also, avoid the Improv up north. Otherwise, you’ll see DeRay Davis, best known as Ray-Ray the Hustle Guy in “Barbershop.” If you do like comedy, though, plan to see stand-up on Sunday. Given the Chiefs’ struggles and how good the Raiders have looked, a little laughter might be just what you’ll need.