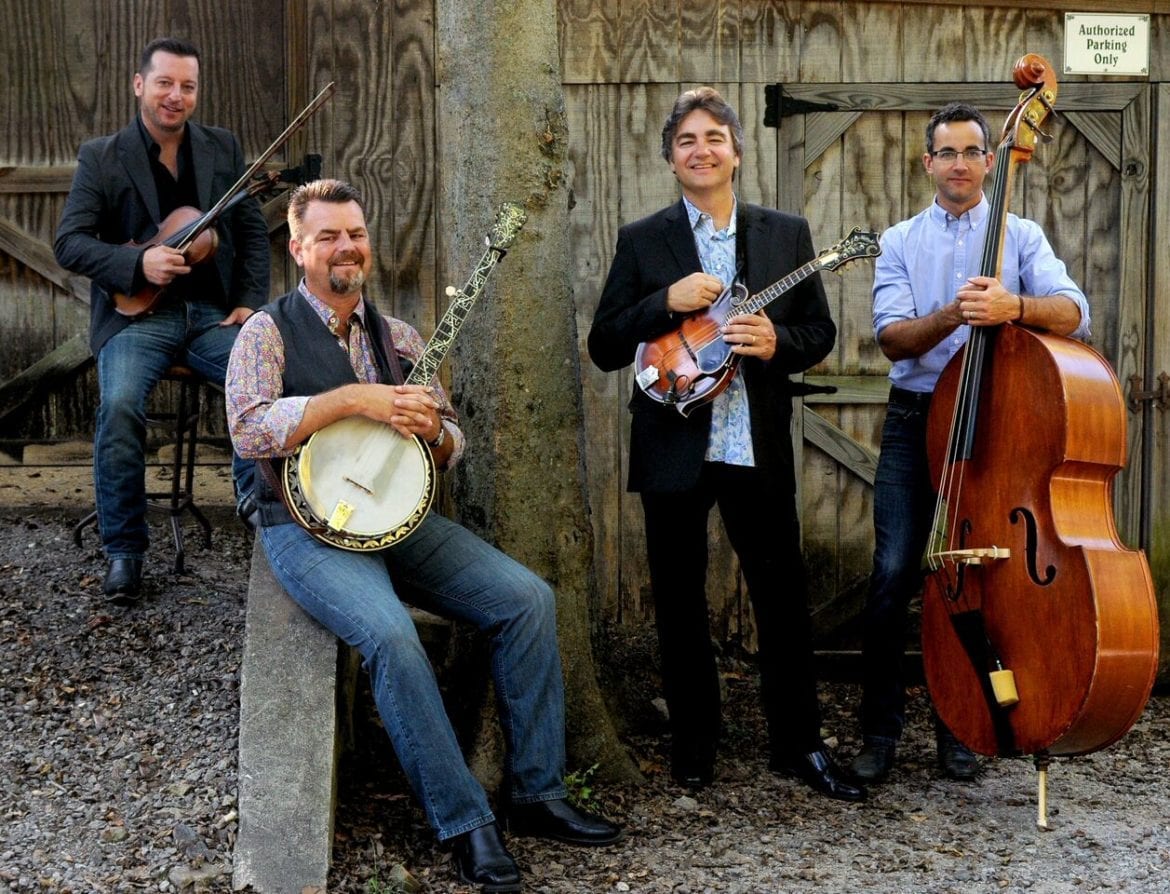 Bluegrass band the Travelin McCourys will be at Knuckleheads on Saturday night. (Photo: Contributed | Jim McGuire)
Share this story

November 20 is National Absurdity Day. To mark it, we should celebrate all that is unreasonable, illogical or inappropriate. Which, given recent events, seems like a wholly reasonable, logical and appropriate thing to do. One good way to do that is to take a brief respite from politics and enjoy some of what the city has to offer.

Like pro football. Our Chiefs, after an improbable comeback win against the Panthers, are back home to meet the Bucs at Arrowhead. On the college gridiron, Mizzou is on the road against Tennessee and K-State plays at Baylor. KU is home, though. The Jayhawks meet Texas on Senior Day.

There’s college hoops, too. Missouri is on the road, but the Jayhawks host Sienna inside glorious Allen Fieldhouse and K-State hosts Hampton (no relation) in Manhattan. If your weekend lasts until Monday, you can also catch the Jayhawks right here in KC, playing in the CBE Hall of Fame Classic. Those games are at Sprint Center, also known as Allen Fieldhouse East.

Does it seems absurd to live in the shadow of a rumbling volcano? Find out at Pompeii: The Exhibition, which opens Friday at Union Station. The exhibit explores how Pompeian citizens lived before the famed Mount Vesuvius eruption in A.D. 79. Nearly 200 artifacts from the doomed city are featured— including frescoes, mosaics and statues— many never before seen in the United States. There’s a movie, too, in an immersive 4-D eruption theater, whatever that means.

The circus is in town. For 81 years, the Ararat Shriners have brought the Ararat Shrine Circus to Kansas City. The Shriners have also been giving back to the community, most notably through 22 renowned Shriners Hospitals for Children around the country. If you want to see acrobats, trained animals, and you aren’t afraid of clowns, get to the Silverstein Eye Centers Arena this weekend.

Here’s an absurd thing. On Saturday night you can see Double Vision, a tribute to the music of Foreigner. The show, at Voodoo Lounge, is a fundraiser for Artists Helping the Homeless and Harvesters International. On Friday night, on the JCCC campus, you can see the actual Foreigner perform an acoustic set. Somewhere in Kansas City, rest assured, there’s a Foreigner super-fan who’s absurdly psyched to see both shows.

EDM fans have a choice on Friday night. Griz is at the Uptown Theater and RÜFÜS plays The Granada. Country fans will have to make their choice on Saturday, between Kip Moore and William Clark Green.

Is it absurd to have a reggae band from Isla Vista, California? Find out by seeing the suburbanized reggae of Rebelution at Liberty Hall in Lawrence, Kansas. Or get some hip-hop in your life by catching Denzel Curry at The Granada.

Jazz Lovers won’t be left out, either. Karrin Allyson, a multiple-time Grammy-nominee, is at The Folly on Thursday. That show is a fundraiser for the Folly Kids’ Series. Saturday night, local-guy-made-good Bobby Watson leads the American Jazz Orchestra, an 18-piece big band. That one is at the Gem. 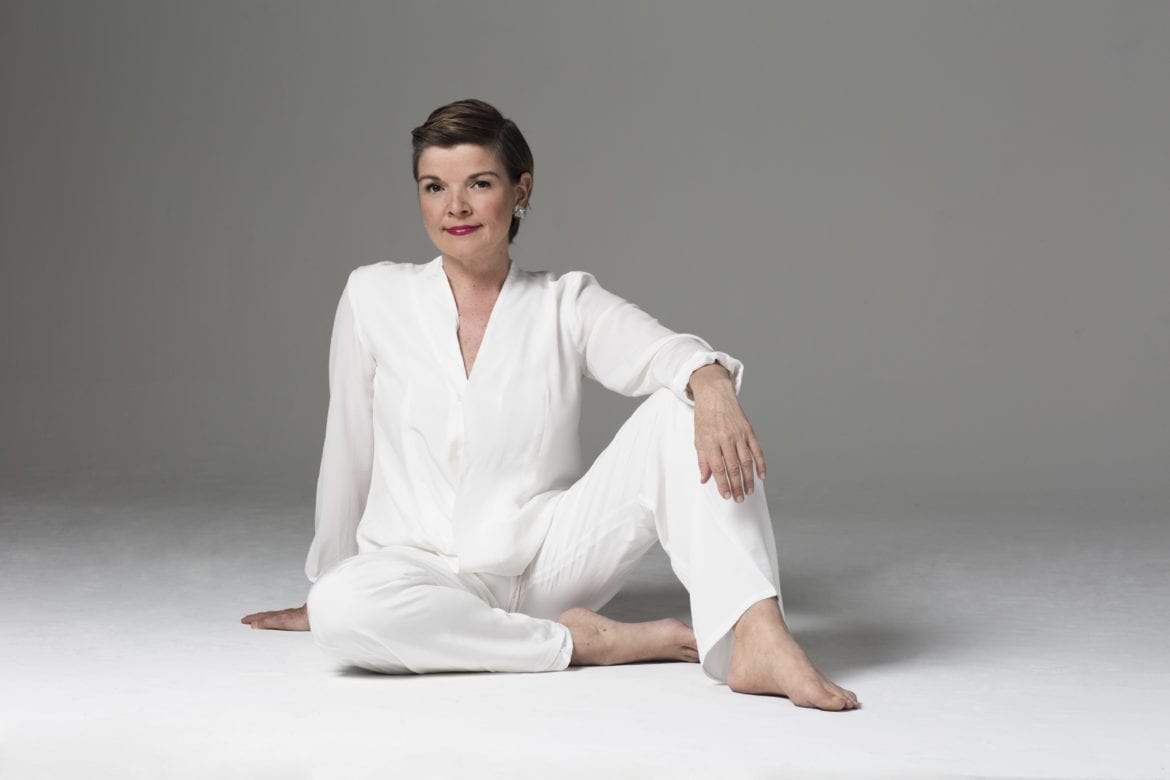 Beethoven was absurdly talented, and his Egmont Overture is a stirring portrait of a Dutch nobleman’s life and death. Brahms wasn’t bad, either. His Second Symphony has one of the boldest finales the composer ever wrote. You can hear both, along with Russian pianist Daniil Trifonov, when the Kansas City Symphony performs this weekend at Helzberg Hall.

Is it absurd for an events column to list sold out events? Maybe. But we’re about to do it anyway. The Moth Mainstage, a live version of The Moth Radio Hour, is in KC on Thursday night. Also on Thursday is Black Violin, a violin/viola duo fusing pop, hip-hop and classical music. They’ve opened for acts as diverse as Kanye West and Aerosmith. Both events are sold out, however.

To go, you will have to see if more tickets are released, go to a secondary ticket service, or just stand outside the venues and look sad, hoping someone with an extra ticket will take pity on you.

The Illusionists are bringing a gargantuan show to the Music Hall; a big, splashy, effects-heavy Broadway-via-Vegas celebration of modern magic. Audiences will wonder at levitation, mind-reading and prestidigitation. They will also see a Houdini-style water tank escape performed by Andrew Basso, an acclaimed escapologist. Because, apparently, “escapologist” is something that people can be now. 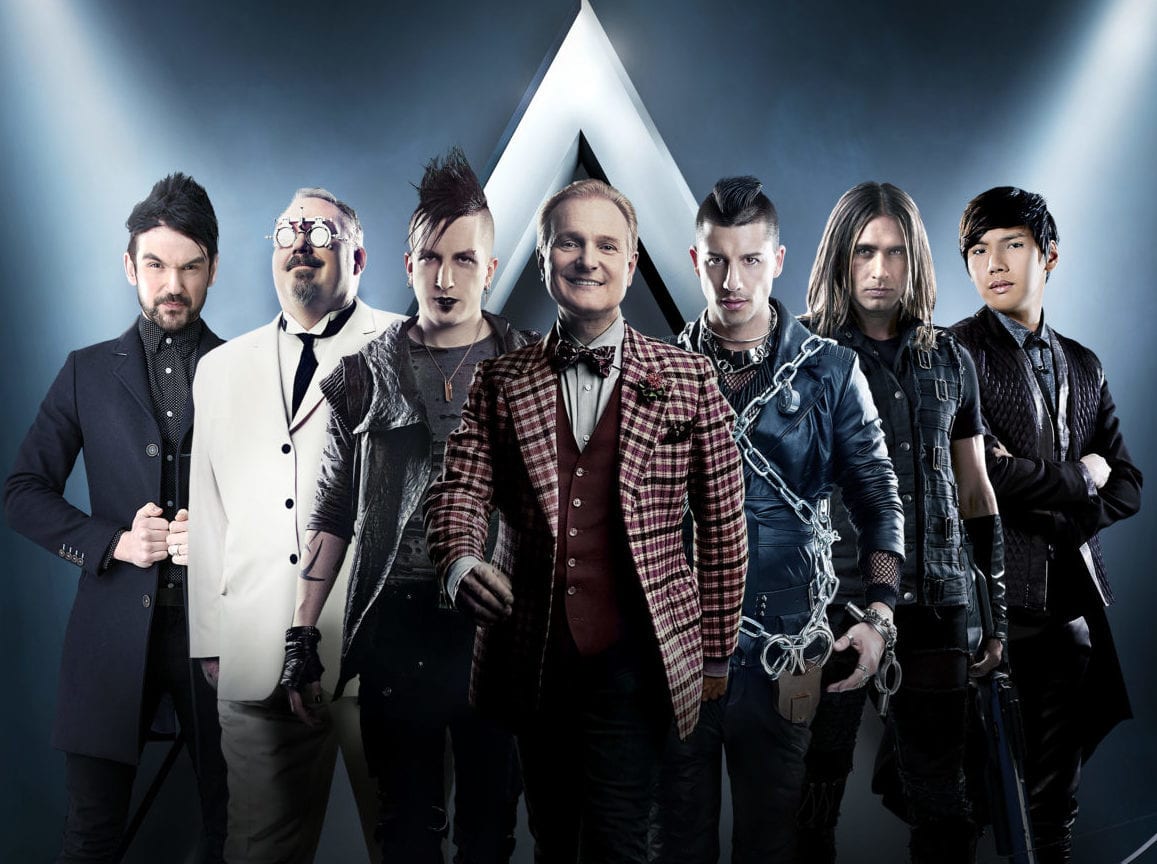 Poet Terrance Hayes has achieved an absurd level of plaudits and praise. He’s won a 2014 MacArthur Fellow, aka, a “genius grant.” Hayes has also won a National Book Award, a Guggenheim Fellowship and an NEA Fellowship. The South Carolina native will have a poetry reading and discussion of his newest work, “How to Be Drawn,” on Thursday night at the Lied Center in Lawrence.

For stand-up comedy, we’ve got two guys who are better known for their acting chops. Guy Torry has been on HBO’s Def Comedy Jam, but has a ton of film credits, including roles in “Stuck on You,” “Pearl Harbor” and “American History X.” Steven Michael Quezada is best known for playing DEA Agent Steve Gomez on “Breaking Bad.” That show was absurdly good.

If you aren’t ready for Christmas yet, you better get that way this week. The Kansas City Repertory Theatre is continuing its 2016-17 season with its annual presentation of Charles Dickens’ “A Christmas Carol.” Expect gorgeous sets, rich costumes and surprisingly effective stage effects. Performances run through December 24 at the Spencer Theater.

Seasonal entertainment on tap also includes “Rudolph the Red-Nosed Reindeer: The Musical” at The Coterie, running through December 31. Plus, absurdly enough, you can see a Christmas show about murder, “A Christmas Stalking: The Mystery Train.”

The big Christmas event this week, though, is at Union Station. The Holiday Kickoff Ceremony features face painting, a balloon artist, a maker village, mini-train rides and “Let it Snow” playing in the Arvin Gottlieb Planetarium. They will also light the indoor tree, and there’s a big, sparkly “Holidays Come Alive” performance from Quixotic.

For non-Yuletide theater, by the way, Rachel is at KC MeltingPot Theatre, “Nine” is at Spinning Tree and “Cabaret” is at Musical Theater Heritage. All three close on Sunday.

After all that, get ready for a short week and, possibly, one of the most absurdly awkward Thanksgivings in American history.