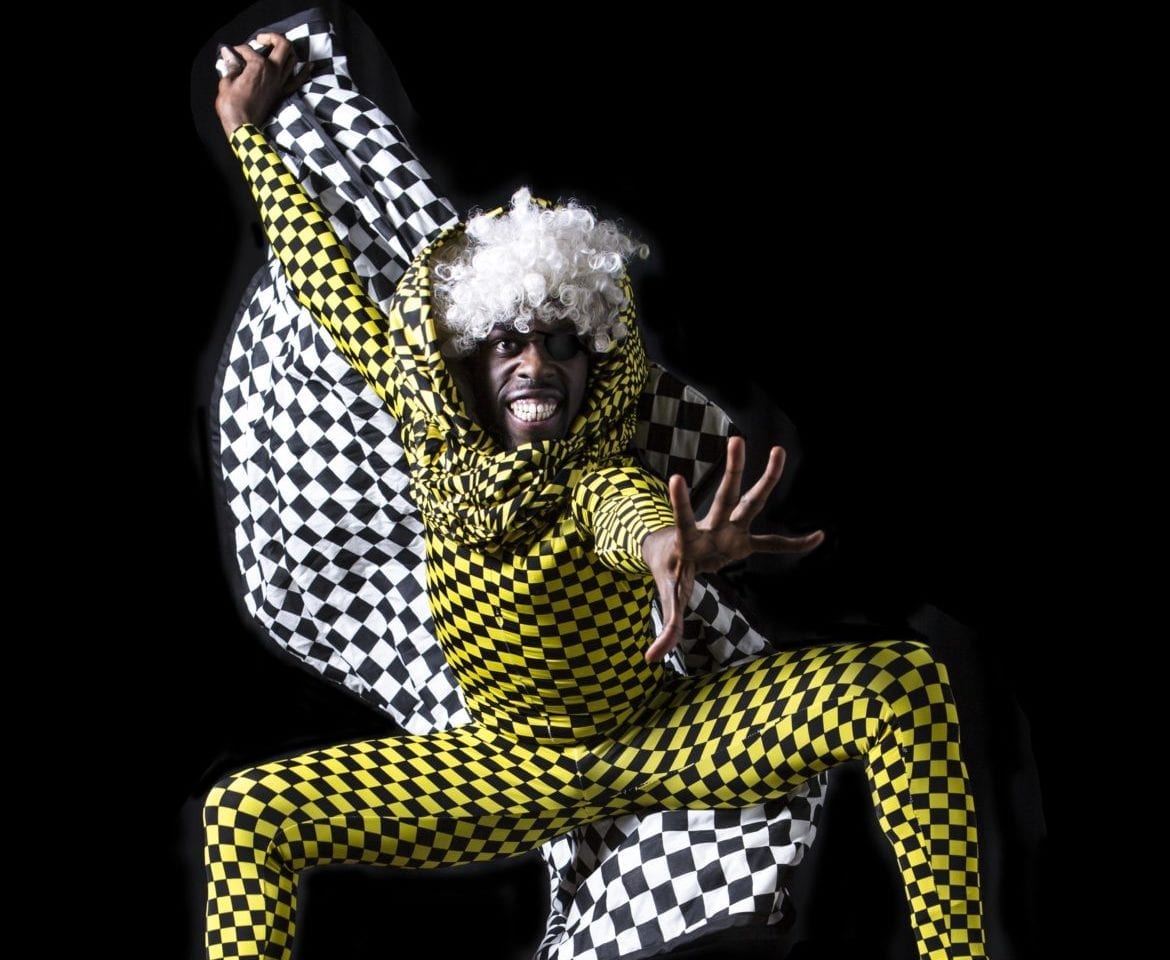 "The Nutcracker and the Mouse King," runs this weekend at Polsky Theatre. (Photo: Contributed | Tiffany Matson)
Share this story

We are in the midst of holiday season. That holiday, of course, is International Human Rights Day, which falls on Saturday and commemorates the United Nations’ adoption of the Universal Declaration of Human Rights. To celebrate, you might want to defend the rights of a refugee or migrant, someone with disabilities, a member of the LGBT community, a woman, religious minority or anyone else at risk. Then get out and enjoy the freedoms we cherish. Article 27 of the Universal Declaration, after all, says that “Everyone has the right freely to participate in the cultural life of the community, to enjoy the arts and to share in scientific advancement and its benefits.”

You can celebrate the cultural life of your community on Thursday night, when some 80,000 screaming fans will gather to show their support for Kansas City football. In Atlanta, the Chiefs got yet another wild win, and the club is now set for an epic, nationally televised matchup against the archrival Raiders.

In hoops, Kansas basketball plays Nebraska at Allen on Saturday afternoon. K-State meets Washington State at Sprint Center on Saturday night – making a short trip for local Wildcat fans – and Missouri is at home against Arizona. Silverstein Arena will be hopping this weekend, too. The Missouri Mavericks are on the home ice Saturday and the Comets are on the home astroturf on Sunday. Motorheads who don’t mind a drive are in luck, too, with the aptly named Motorhead ArenaCross at the Kansas Expocentre in Topeka.

Music fans have innumerable choices. Some of them mercifully free of roasting chestnuts and jingling bells. Like two radio station-sponsored shows, for instance, which seem to have no Christmas content beyond their titles. The first, Friday night at the Uptown, is 95.7 The Vibe’s Elfmas, featuring a slate of pop songstresses, including Tove Lo and Mackenzie Nicole. Tech N9ne is listed as a special guest. No elves, alas, are on the bill. The second show, Mix 93.3’s Jingle Jam, stars witty popster Jon Bellion. That show is Sunday night, also at the Uptown. There’s more. Singer/songwriter Julia Othmer is having an album release party at The Folly on Friday. Jazz chanteuse Cecile McLorin Salvant performs at The Folly the next night. Rapper, producer and entrepreneur Lupe Fiasco, known for smart, socially conscious hip-hop, plays the Granada on Saturday night.

For those who want to celebrate freedom of worship, King & Country is performing Friday night at Silverstein Arena. The Christian pop duo was once described as “Australia’s answer to Coldplay.” Whether that’s a good thing is up to you. Metal heads have freedom of choice this weekend, too. Sonata Arctica, a ferocious Finnish power-metal band, plays the Granada on Friday. Jackyl, the Southern-fried-metal veterans, perform Sunday at The Midland.

Beyond celebrating International Human Rights Day, a few folks around town are gearing up for that other holiday – the one that falls on December 25. Which is why you can see Tim Warfield’s All-Stars “Jazz Christmas” at The Gem on Friday or Kansas Public Radio’s “Big Band Christmas” at Liberty Hall on Saturday night. That’s also why you can see Asleep At The Wheel’s Merry Texas Christmas Y’all, for a Western Swing-style Yule. Thyat show is Thursday at Knuckleheads Saloon. Pianist Jim Brickman will join the Kansas City Symphony for a night of the adult contemporary/easy listening sound that earned him a pair of Grammys. The Snow Globes, a local fave, have a pair of shows at The Living Room Theatre.

Dance fans have lots of choices this time of year – as long as they want to see The Nutcracker. There’s about a half-dozen productions around town, but we’ll only mention a pair. Kansas City Ballet’s splashy, highly successful version of the show, linked above, runs for a couple more weeks. For something different, though, try Owen/Cox Dance Group’s version of the original, and notably darker, E.T.A Hoffman story, “The Nutcracker and the Mouse King.” The show features original music and radical rearrangements of Tchaikovsky’s score performed by the always entertaining People’s Liberation Big Band of Greater Kansas City.

Have you heard of Chip Davis? He has 19 gold and 12 platinum records, putting him on par with the likes of U2 and The Beach Boys. You’ve definitely heard of his band, Mannheim Steamroller. The phonemically successful act will perform its signature mix of pop, new age and classical music Saturday night at the Midland. You can bet there’ll be a pretty good light show, too.

For something a little quirkier, and a lot pluckier, join the Ukulele Orchestra of Great Britain on Thursday night at JCCC. The shockingly successful ensemble has entertained British Royalty and rocked out at the Glastonbury Festival. This year, audience participation will add to the fun, so bring your ukulele and get ready to pluck yourself. In the unlikely event you don’t have a uke handy, just make sure you’re ready to sing. 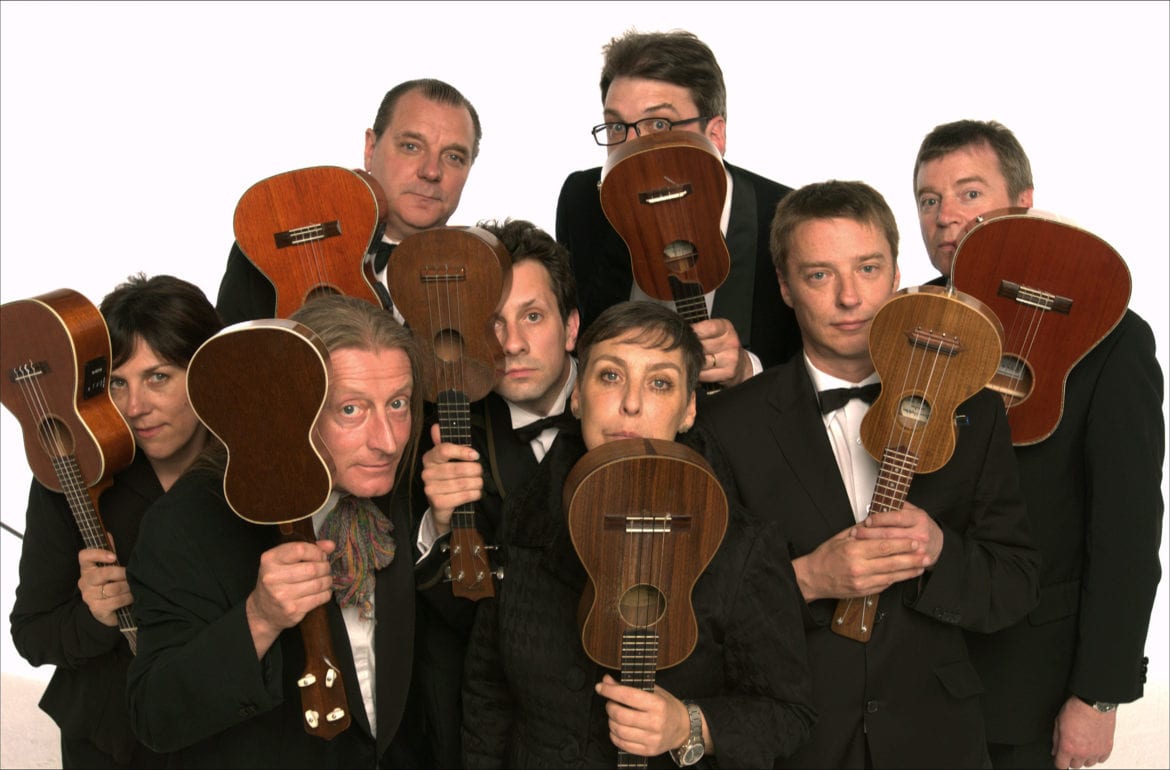 Everyone has the right to freedom of expression. That includes, crucially, the freedom to make fun of stuff, and nobody mocks better than the boys at “South Park,” Trey Parker and Matt Stone. “The Book of Mormon,” the pair’s vulgar, sacrilegious and wildly successful musical about misguided missionaries is starting a highly anticipated week at the Music Hall. The New York Times called the show “the best musical of the century.” Jimmy Fallon called it “Genius. Brilliant. Phenomenal.” Then again, Fallon says that about pretty much everything. Still, a show doesn’t win nine Tony Awards for sucking. Don’t bring the kids, though, unless you want them to hear lots of cussing.

For any other non-Christmas theater, get to The Unicorn. “An Octoroon,” first performed in 1859, is a sharply barbed satire of race relations. In “Application Pending,” Jennifer Mays stars as Christine, a rookie kindergarten admissions officer for a prestigious Manhattan prep school. She’ll play more than 40 roles in the show, including the crazed personalities she deals with on the job. That show opens Thursday and runs through Dec. 26.

Pretty much everything else on stage has a Yuletide theme. The Rep has two shows about Christmas. The Dickens classic, “A Christmas Carol” runs through December 24. Plus, starting this weekend, you can catch “The Santaland Diaries.” David Sedaris’ darkly comic tale of his brief, ill-conceived career as a Macy’s elf is quickly become a holiday tradition.

If you really, really like to hear about a certain caribou with a vermilion proboscis, it’s your lucky week. You can see two versions of “Rudolph the Red-Nosed Reindeer: The Musical.” One is at The Coterie through December 31. The second RTRNR:TM is a nationally touring production that stops at Lied Center on Friday night. The Metropolitan Ensemble Theater’s live reading of the Capra classic, “It’s a Wonderful Life” closes on Sunday and “Sister’s Christmas Catechism Extravaganza” delving into the mystery of the Magi’s gold, runs until the 18th. Plus, absurdly enough, you can still catch that Christmas show about murder, “A Christmas Stalking: The Mystery Train.”

Freedom of speech might be the most important right of all, and comedy can play a key role in testing those freedoms. He might not be political, but Clayton English is definitely a young comic to watch. He played Peanut in “Tyler Perry’s House of Payne,” but might be best known for winning season nine of NBC’s reality competition, “Last Comic Standing.” English took home a $250,000 prize for the win, so maybe ask him to loan you a few bucks. Or, better yet, see him perform at The Improv.

Michael Winslow has a peculiar sort of genius. He was in “Spaceballs.” He gave the voice to Stripe in “Gremlins.” He’s done voice-over work for Disney and Universal Studios. All you need to know, though, is that he’s the sound effects guy from the “Police Academy” films. Yeah, that dude. He’s at Stanford’s all weekend.

If funny movies are more your scene, KCPT and the KC Improv Company are hosting a special screening of the fun documentary “Meet the Patels,” followed by a special improv performance. That show is free, and freedom is always a good thing, so get out this week and embrace your right to have fun.