Are the Musicians Fighting to Amend the Digital Millennium Copyright Act Seeking a Revolution or a Bigger Payday? 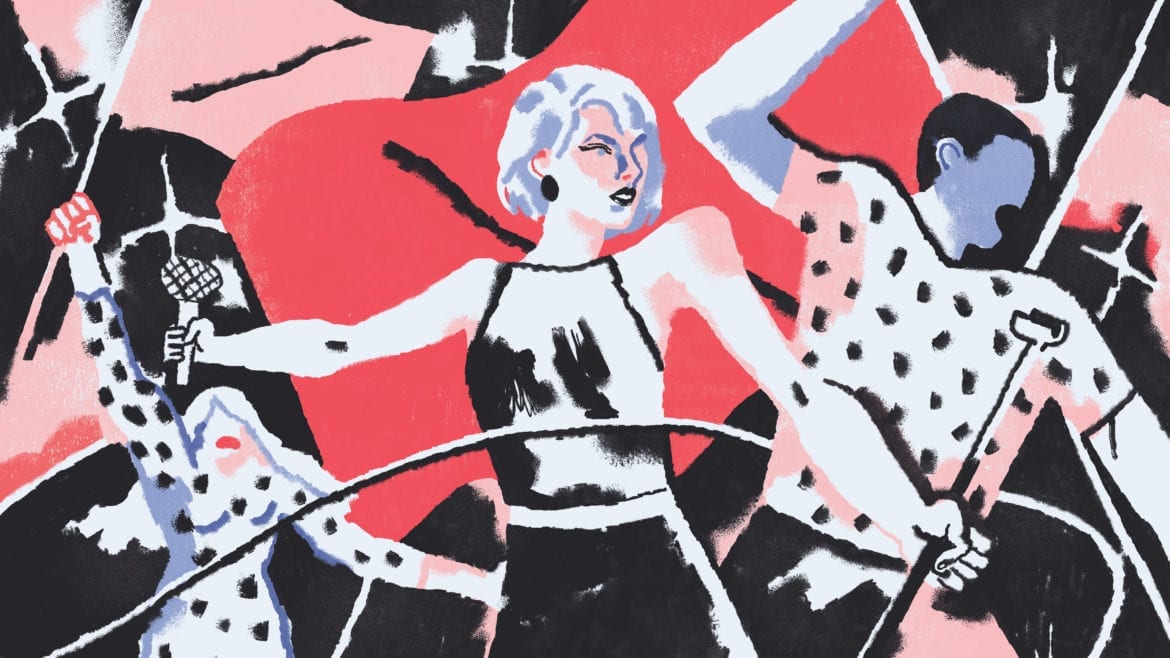 Last week, more than 180 artists and record labels ran a petition in a number of Washington, D.C., publications aimed at convincing Congress to amend the Digital Millennium Copyright Act – a body of law that regulates copyrighted material on the Internet.

The open letter petition suggests that the DMCA is outdated and allows tech companies to generate huge profits “while songwriters’ and artists’ earnings continue to diminish.” The petition was signed by a host of big industry names, including both modern pop artists like Taylor Swift, Lady Gaga, and Katy Perry; and old guard stalwarts like Paul McCartney, Elton John, and Elvis Costello.

And though the vast majority of the artists listed in the petition have enjoyed a level of success that makes it difficult to view their rabble-rousing as anything more than a ploy to seek bigger chunks of their respective pies, they may have a point.

The DMCA was enacted in 1998. At its inception, the act sought to protect copyrighted material in the then-burgeoning consumer internet age. And while the role of the internet in content distribution and revenue generation has evolved almost past the point of recognition since its enactment, the DMCA itself has remained mostly unchanged.

To give that some scale, the same laws protecting today’s copyright holders from online infringement were enacted during a year when Apple only held a niche market share for colorful computers, all consumer internet was accessed via dial-up modems, and “Too Close” by Next was Billboard’s No. 1 hit.

As it related to the entertainment industry, the DMCA’s main effect was to provide artists with a process to have infringing material removed from websites through “notice and takedown” provisions.

But while the DMCA clearly gives artists some teeth to enforce their ownership rights, the same act also grants internet service providers – YouTube as it relates to the petition at hand – complete immunity from any direct legal action by the copyright holders themselves. This is known the DMCA’s “safe harbor” protection, and it is the issue at which the petition appears to be aimed.

“Change is going to be slow. … To get them to all agree on a solution is a problem.” — Copyright attorney Jim Jesse

In 2007, shortly after Google purchased YouTube, it deployed an ad revenue system that allowed users to sell ads for videos posted on the site. YouTube employs a menial threshold of safeguards to combat the issue of infringers using copyrighted material to generate revenue, but the safeguards aren’t foolproof, and they take some time to take effect. This allows infringers a window of opportunity, though short, to make money off other peoples’ works.

And while it affords copyright holders the ability to keep revenue generated by infringers, Google still gets to keep its enigmatic and sizeable chunk of that same ad revenue. So whether it’s an infringing use or not, Google still gets paid – to the collective tune of billions.

Chris Holman, professor of intellectual property the University of Missouri – Kansas City School of Law, agrees with the artists’ arguments that the DMCA traps artists into accepting lower revenue splits.

“Record companies want to be able to negotiate from a position where they can actually enforce their copyright to get a royalty that better reflects the value of the music,” Holman said. “YouTube knows the takedown provisions [of the DMCA] are really ineffective, so they’re able to negotiate a very low royalty, and the recording industry is either forced to use a takedown system that doesn’t work, or get royalties from YouTube that are artificially low.”

Last Fall, during a seminar, record industry juggernaut Jimmy Iovine claimed that YouTube accounts for 40 percent of the music industry’s overall consumption but a paltry 4 percent of its actual revenue. Nobody knows the actual figures for the splits, and Google is certainly not going to release them any time soon.

If you are crying foul by this point, you have some incredibly talented company. And though the petition put forth by Swift & Co. appears to have a genuine, admirable aim of protecting artists’ rights, the timing suggests that there may be more at play here.

It was reported in April that the revenue deal YouTube originally made with “the big three” record labels, Warner Music Group, Universal Music Group, and Sony Music Entertainment, were either set to expire or had already done so. And with no news about the status of negotiations for new deals, it’s likely those efforts have stalled.

Considering that, this petition is starting to smell like an attempt by the labels to threaten the safe harbor protections that YouTube is presumably using as leverage during the revenue split discussions. No safe harbor means YouTube can be directly be sued by the artists for the infringing acts of its users. And in order to avoid that rather costly scenario and also protect its ad income, YouTube might be more open to revenue splits that are at least marginally more favorable to artists.

Similarly, it’s difficult to overlook the unlikelihood of any legislative progress resulting from this petition. This is an election year during a time where Congress has been so dysfunctional that it can’t even be bothered to address issues supported by the vast majority of the electorate. And because so many heavy-hitting, lobby-friendly industries are players in the game, finding an effective compromise could be difficult.

Jim Jesse, a Lawrence, Kansas-based attorney who has devoted much of his career to entertainment law and copyright, agrees that the DMCA is outdated, but he’s understandably skeptical that the necessary change will come anytime soon.

“The Copyright Act of 1976 took decades to enact, and that was back when technology didn’t move as fast,” Jesse said. “Change is going to be slow. And now you have major stakeholders, like YouTube, Apple, and Spotify who all have investors, then you have these record labels that are big companies, then the artists, then major publishers. To get them to all agree on a solution is a problem.”

And while the DMCA may sit atop turbulent ground, internet service providers who have utilized its safe harbor provisions have established an unshakable foundation in the music industry’s neighborhood – so much so, that it’s hard to envision a future where one exists separately from the other.

Do you agree with the artists who signed the petition? Do you like listening to free music on YouTube? If so, share with us by commenting below, emailing pdancalderon@gmail.com, or tweeting us @dansascity.