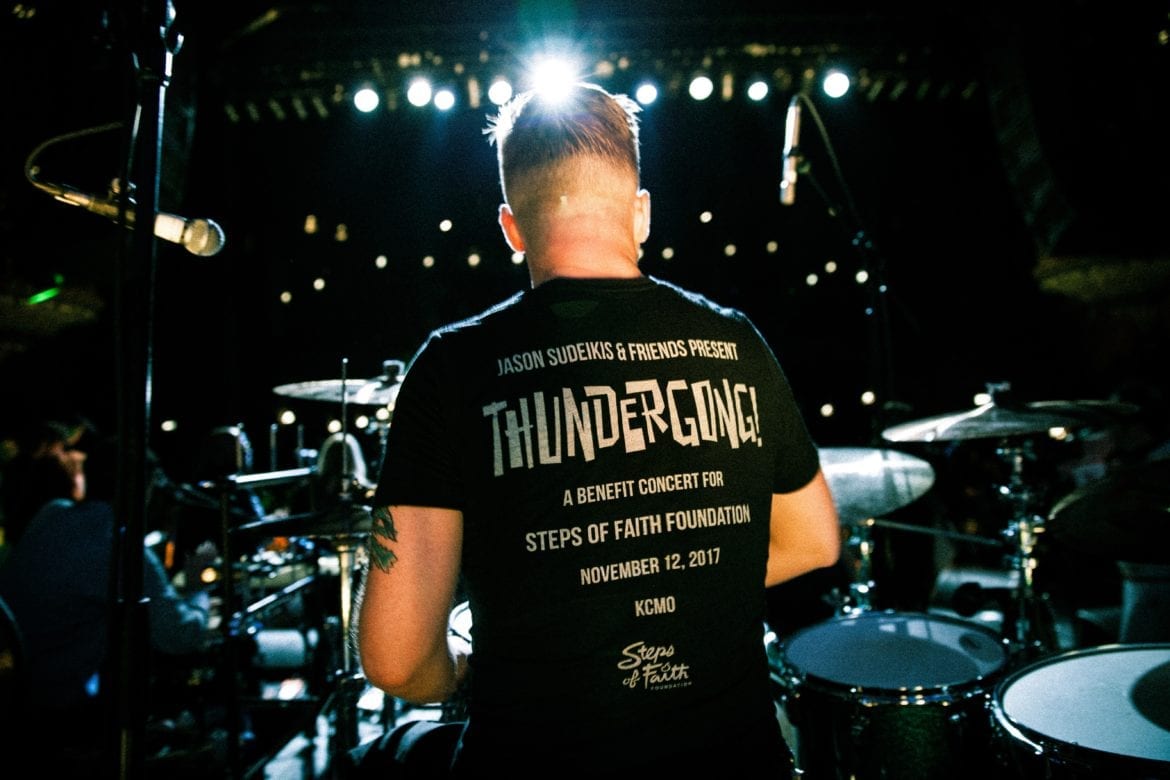 Billy Brimblecom performs at Thundergong! 2017, which raised over $200,000 for the Steps of Faith Foundation in its inaugural year. (Contributed | Barkley)
Share this story

Kansas City natives Billy Brimblecom and Jason Sudeikis will bang the gong again this Saturday, Nov. 3, at the Uptown Theater for the second annual Thundergong!

The mixed cocktail of music and comedy will be aimed at fundraising for the Steps of Faith Foundation – a nonprofit helmed by Brimblecom and dedicated to providing financial assistance to patients in need of prosthetic limbs.

While much of the fanfare will be deservedly gobbled up by the event’s celebrities – like Sudeikis, Will Forte, Sam Richardson, and Chance the Rapper – the event and the organization it benefits might not exist without Brimblecom’s own life experiences.

Brimblecom grew up in the Kansas City area and attended Shawnee Mission North. He met Sudeikis in 1995 when the two took an improv workshop at ComedySportz, and they quickly struck up a friendship, but they eventually took different career paths.

“When Jason and all of our buddies in ComedySportz were starting to move on to the next step in their improv careers, which was definitely on the radar for me, my rock band got a booking agent,” Brimblecom said. So the music thing started rolling. And because it was my first love, I went with that.”

Sudeikis got his own break on Saturday Night Live before appearing in several films, all while Brimblecom enjoyed international acclaim performing in bands like Stick, The Creature Comforts, The START, and Blackpool Lights.

In 2005, however, Brimblecom’s music career came to an abrupt stop when he was diagnosed with a Ewing’s Sarcoma – an extremely rare cancerous growth – in his left leg. At the time he learned about the growth, Blackpool Lights had just played its first show, but that didn’t stop Brimblecom.

“We made our first record while I was on chemo, and that record resonated with a lot of people,” Brimblecom said. “All that emotion, all that fear, and all of that insanity that was happening in my life is all on there.”

Later that year, Brimblecom learned that the sarcoma would force him to lose his left leg from the thigh down. Determined not to quit music, he worked with his prosthetists to design a leg that would would allow him to continue his passion.

“My drumming was actually back to where it was way faster than the walking,” Brimblecom said. “The drums are a four-limbed instrument, so I had to work out the mechanics in my head when I learned I was going to lose the leg.”

In the process, Brimblecom learned that prosthetics are exceedingly expensive, and his insurance was only willing to pay for half of the $60,000 cost for the prosthetic leg he would need.

To help defray costs, Brimblecom’s friends, including Sudeikis, banded together to put on a pair of comedy shows at recordBar in 2006. The event was a resounding success, and Brimblecom was able to afford a prosthetic that would get him back into music.

The event was so successful, Brimblecom wished he could do it every year for others like him. But with an upcoming move to Nashville to press forward with his music career as a session drummer, that idea was tabled.

That is, until 2013, when he happened into a conversation with Dr. Robert Pittman, owner of the prosthetic clinic Brimblecom went to once he reached Nashville. During their chat, Brimblecom learned that Pittman was launching a nonprofit. Before long, Brimblecom became the executive director of the new organization, Steps of Faith. 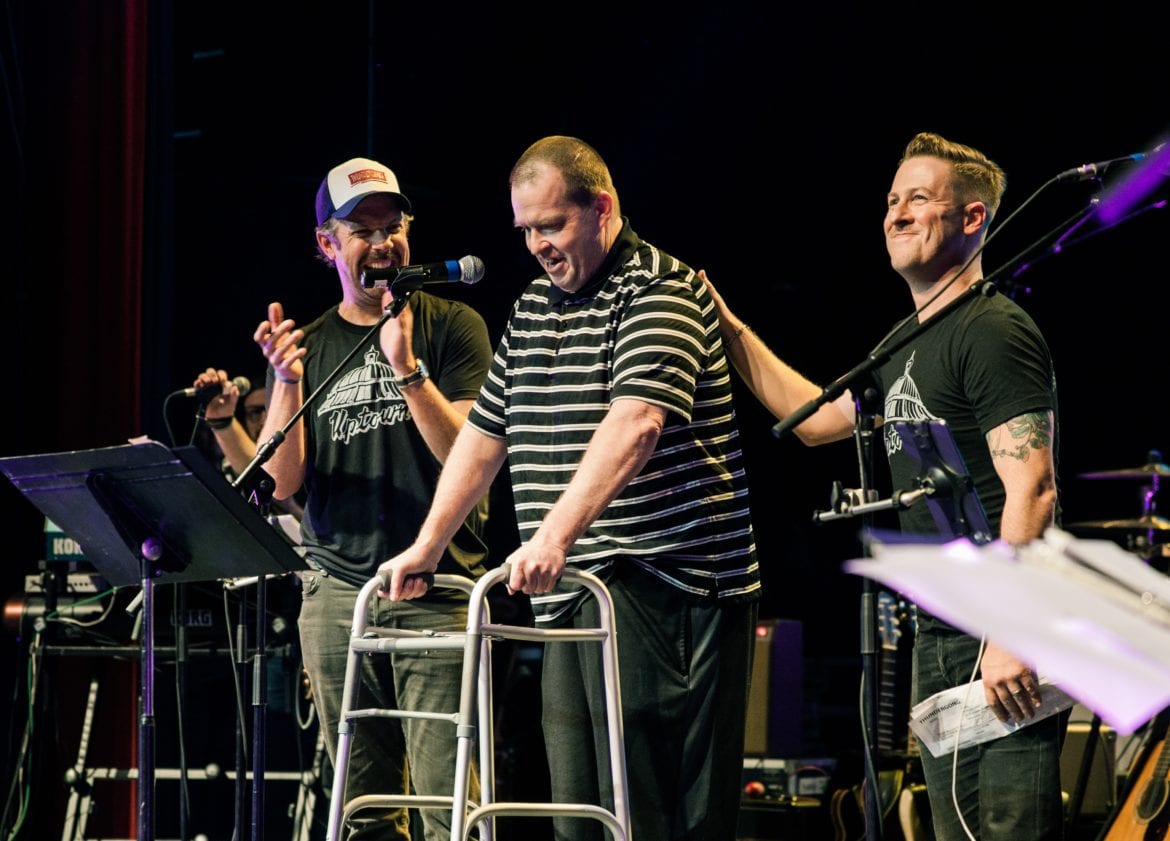 Since then, Brimblecom has sought to put together a fundraiser in the spirit of the first event in 2006 that combines music and comedy to help others receive the prosthetics they need.

“Everything that has happened to me, every relationship I’ve made, everything I’ve done in my life, has all led to this direction,” Brimblecom said. “We take all of the things that we know, that are most fun for us, that come the most naturally for us and put them together for this thing. So Thundergong! is a dream come true.”

Dan Calderon is Kansas City native, an attorney, and contributor to Flatland. You can contact him by emailing pdancalderon@gmail.com, or on twitter @dansascity.