As Seen On TV: SNL’s Heidi Gardner Stops By KC 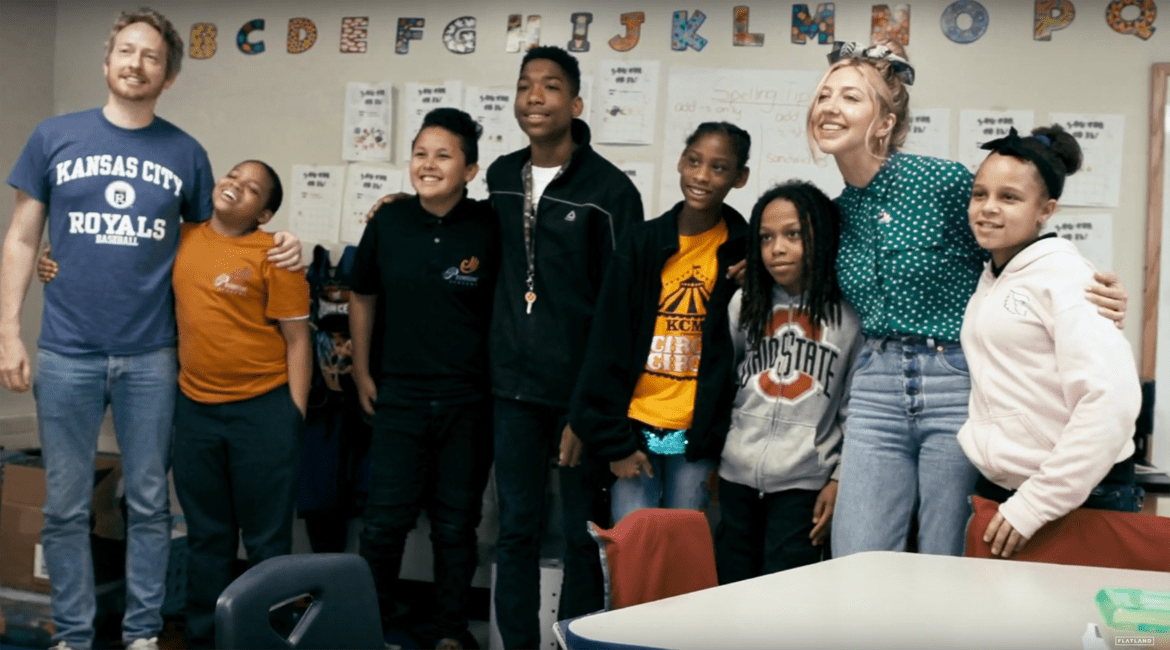 Saturday Night Live actress Heidi Gardner is a performer for any crowd, whether for live audiences in New York City or a handful of elementary kids in a small classroom. A Kansas City, Missouri native, Gardner popped in for the Big Slick event last weekend and visited Genesis Charter School on June 7 to talk to students and answer questions.

Gardner’s husband, Zeb Wells, was also there and spoke to being a behind-the-scenes creator. He writes comic books for Marvel and writes and directs for the television series “Robot Chicken.” During their few hours at the school, the couple shared their own personal experiences, describing the pressure of being filmed live and working in behind-the-scenes television. And an added bonus: Gardner slipped into character as “Brie Bacardi,” one of her recurring sketches on the show.