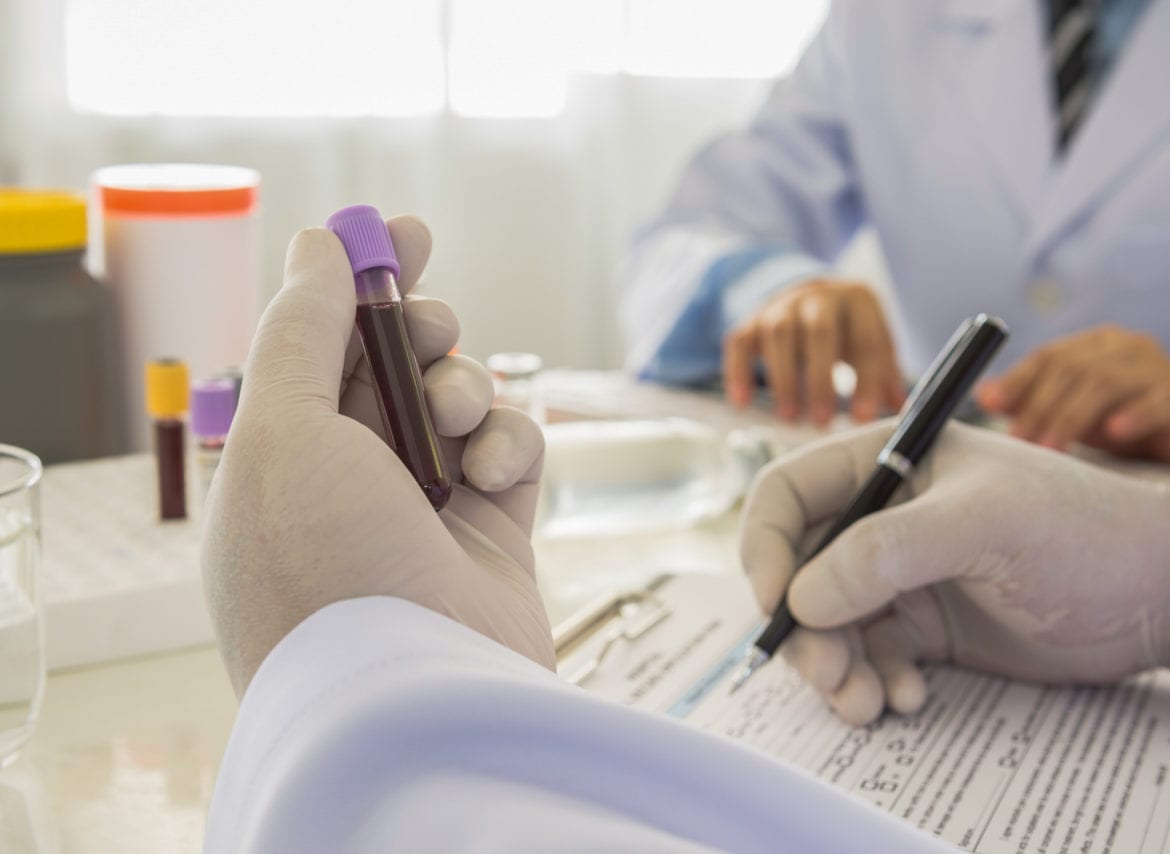 Finding some change in the blood of an Alzheimer's patient that accurately reflects the damaging changes in the brain has been tough.
Share this story

Efforts to develop a treatment that stalls the memory-robbing devastation of Alzheimer’s disease have so far been unsuccessful, but scientists are making strides in another important area: the development of better tests to tell who has the condition.

Their aim is to develop more accurate, cheaper and less invasive tests to detect the biological markers of Alzheimer’s-induced changes in the brain.

At the recent Alzheimer’s Association International Conference in London, scientists presented early but promising data on a new blood test and a novel brain imaging technique. They also unveiled preliminary data on a study to investigate the potential clinical usefulness of a test that’s already on the market but isn’t widely reimbursed by insurance.

Alzheimer’s is characterized by changes to the brain involving clumping of a protein called amyloid and another called tau — pathologies that until the last decade or so could only be seen upon autopsy.

The biomarker tests available to date focus primarily on detecting amyloid. These tests are generally used only for research purposes because they can be expensive or require special technology. They are meant to be used for ruling out Alzheimer’s in patients who already have memory problems.

Less invasive, easier to use and cheaper technologies may mean that more people could have access to testing. For public health, this could mean being able to more broadly screen the population to identify people who are at high-risk for getting the illness and then focusing more expensive, involved efforts for testing, prevention and treatment on them.

And for the individual patient, better biomarker tests could mean earlier detection of Alzheimer’s or more accurately distinguishing it from another condition that causes cognitive problems.

“We can develop a much more rational care plan with this biological information,” says Dr. Gil Rabinovici of the University of California, San Francisco Memory and Aging Center. Rabinovici is a neurologist who studies Alzheimer’s brain imaging techniques.

The Caregiver’s Perspective on Alzheimer’s In Our CommunityWhen Elaine and Jose Belardo discovered he had Alzheimer’s disease, their lives seemed to stand still. “Once you get the diagnosis, it’s destabilizing, you lose vision because everything is so dizzying,” Elaine said, “Once I got a new vision, I…

A reliable blood test would be the advance with the most exciting potential. Such a test would mean the ability to cheaply test more people than is currently possible using currently available brain imaging technology called PET, for instance, which costs thousands of dollars and involves ingesting a radioactive substance. The other current option — a test of cerebrospinal fluid, or CSF, extracted through a lumbar puncture — is significantly more invasive than a blood sample.

Dr. Randall Bateman, a neurologist at Washington University School of Medicine, presented data at the conference on a blood-based test for detection of amyloid plaques, showing that decreased levels of soluble amyloid in the blood is linked to progression of the disease. The theory is that soluble amyloid levels dip in the blood because they’re clumping in the brain to form plaques, says Bateman.

But, there is far less amyloid in blood compared to cerebrospinal fluid, he says, suggesting that a blood test won’t be as good at detecting amyloid as a CSF biomarker test.

“It’s not a perfect test compared to PET and CSF,” says Bateman. But it could be used to screen wide swaths of the population to find who should get PET or CSF tests, he says.

Dr. Ronald Petersen, director of the Alzheimer’s Disease Research Center at the Mayo Clinic in Minnesota, who wasn’t involved in the blood-test research, called the data “very impressive” but cautioned that the findings need to be replicated elsewhere.

While a blood test may seem simple, there are many challenges to creating one. Many previous attempts to develop such a test have been halted because the results couldn’t be replicated by other labs.

And even if the findings are accurate and reliable, many clinical labs might not have the expertise to analyze them, Petersen says.

Meanwhile, Dr. Jorge Sepulcre, a radiology professor in the department of radiology at Massachusetts General Hospital, has been working to improve noninvasive tests to detect amyloid plaques and tau tangles, the other key brain change related to Alzheimer’s.

Sepulcre is looking at how both pathologies spread in the brain. Using two-year follow-up data from participants in the Harvard Aging Brain Study, he and his group are using a new technique to see where the spreading protein deposits go in the brain, not just the intensity of where they are deposited. They found that a spreading pattern to certain parts of the brain correlated with progression of the disease, a finding that could help researchers describe the stage of the disease in a given patient, says Sepulcre.

Even if new technologies come to market, as they have with brain imaging techniques that detect amyloid in the brain, proving to doctors and insurers that the test is useful and worth the cost is a separate hurdle.

One major study, dubbed IDEAS, is looking at how the use of current imaging agents that detect amyloid plaques in the brain might help doctors improve care plans for their patients.

Preliminary data from 4,000 participants, out of an eventual total of 18,000, presented at the Alzheimer’s conference found that two-thirds of doctors changed their patients’ diagnosis or care plan based on the results of the brain scan. Moreover, a substantial portion of patients who had been diagnosed with Alzheimer’s prior to the scan and turned out not to have any amyloid plaques in their brains had the diagnosis changed afterward.

If the final results can demonstrate significant clinical impact of these scans, the Centers for Medicare and Medicaid, which is helping to fund the study, may be persuaded to cover the cost of the scans. The Alzheimer’s Association and Eli Lilly are the other sponsors of the study. (Eli Lilly also provides financial support to NPR.)

“The value of receiving a diagnosis … leads to a clear plan,” says Rabinovici, the principal investigator of the IDEAS study. “A lot of times the uncertainty is worse than the certainty.”

Shirley S. Wang is a science writer based in London. She can be found on Twitter @ShirleyWang.