One-Third Of New Drugs Had Safety Problems After FDA Approval 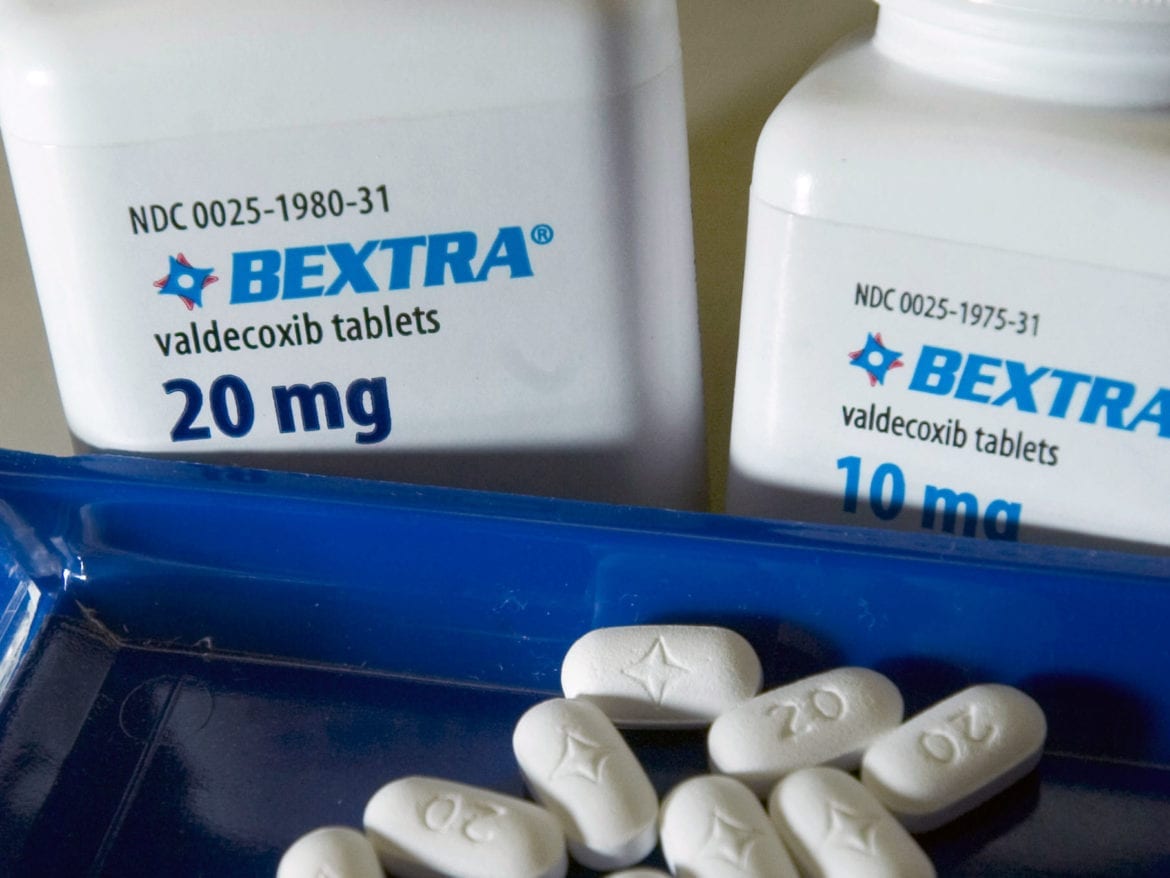 The anti-inflammatory drug Bextra was taken off the market because it increased the risk of heart attack and stroke. (Photo: Tannen Maury)
Share this story

The Food and Drug Administration is under pressure from the Trump administration to approve drugs faster, but researchers at the Yale School of Medicine found that nearly a third of those approved from 2001 through 2010 had major safety issues years after they were made widely available to patients.

Seventy-one of the 222 drugs approved in the first decade of the millennium were withdrawn, required a “black box” warning on side effects or warranted a safety announcement about new risks to the public, Dr. Joseph Ross, an associate professor of medicine at Yale School of Medicine and colleagues reported in JAMA on Tuesday. The study included safety actions through Feb. 28.

“While the administration pushes for less regulation and faster approvals, those decisions have consequences,” Ross says. The Yale researchers’ previous studies concluded that the FDA approves drugs faster than its counterpart agency in Europe, and that the majority of pivotal trials in drug approvals involved fewer than 1,000 patients and lasted six months or less.

Drugs ushered through the FDA’s accelerated approval process were among those that had higher rates of safety interventions. These approvals typically rely on surrogate endpoints, meaning that researchers measured something other than survival, such as tumor size, to determine whether the drugs worked.

“This [finding on surrogate endpoints] has the greatest relationship to policy today,” Ross says. “In the 21st Century Cures Act, there’s a push to have the FDA move to further support the use of surrogate markers … [but] they’re more likely to have concerns in the post-market setting.”

Former President Barack Obama signed the 21st Century Cures Act into law on Dec. 13. It offers ways to speed drug approval by pushing the FDA to consider different kinds of evidence beyond the three phases of traditional clinical trials. The new process has made some researchers worry that it will open the door for approvals of drugs that haven’t been adequately tested.

“I’m actually sympathetic to the idea that there are ways in which the FDA can be more streamlined and do a quicker job,” says Dr. Vinay Prasad, a hematologist-oncologist and professor at Oregon Health and Sciences University who did not work on the study. “The one place you don’t want to cut a corner is safety and efficacy prior to coming to market.”

The FDA’s system for reporting drug- and device-related health problems is voluntary. The reports are not verified, and critics say this system is underutilized and filled with incomplete and late information. The FDA also monitors other available studies and reports to determine whether it needs to take action a particular drug.

“In general, the FDA does not comment on specific studies, but evaluates them as part of the body of evidence to further our understanding about a particular issue and assist in our mission to protect public health,” she said.

Surprisingly, drugs approved in under 200 days were less likely to have safety issues, which the authors speculate could be because “some approval packages provide clearer evidence of safety, allowing for more rapid regulatory approval.”

The study included market withdrawals of three drugs: The anti-inflammatory drug Bextra; a drug called Zelnorm that was used to treat irritable bowel syndrome; and the psoriasis drug Raptiva. Bextra and Zelnorm were withdrawn over cardiovascular risk, and Raptiva was withdrawn because of increased risk of a rare and fatal infection that causes brain damage.

Still, it’s important to keep in mind that the post-approval safety issues cover the spectrum from relatively minor to serious, Alexander says. Good next steps would be to dig into the most serious safety problems, determine whether the FDA could have flagged them sooner and examine how they might have been missed, he says.

Alexander commended the researchers, saying their study “underscores the importance of surveillance” after a drug has been launched. He says this helps researchers find new problems — and new benefits — associated with a drug.

“All too often, patients and clinicians mistakenly view FDA approval as [an] indication that a product is fully safe and effective,” he says. “Nothing could be further from the truth. We learn tremendous amounts about a product only once it’s on the market and only after use among a broad population.”

KHN’s coverage of prescription drug development, costs and pricing is supported in part by the Laura and John Arnold Foundation.