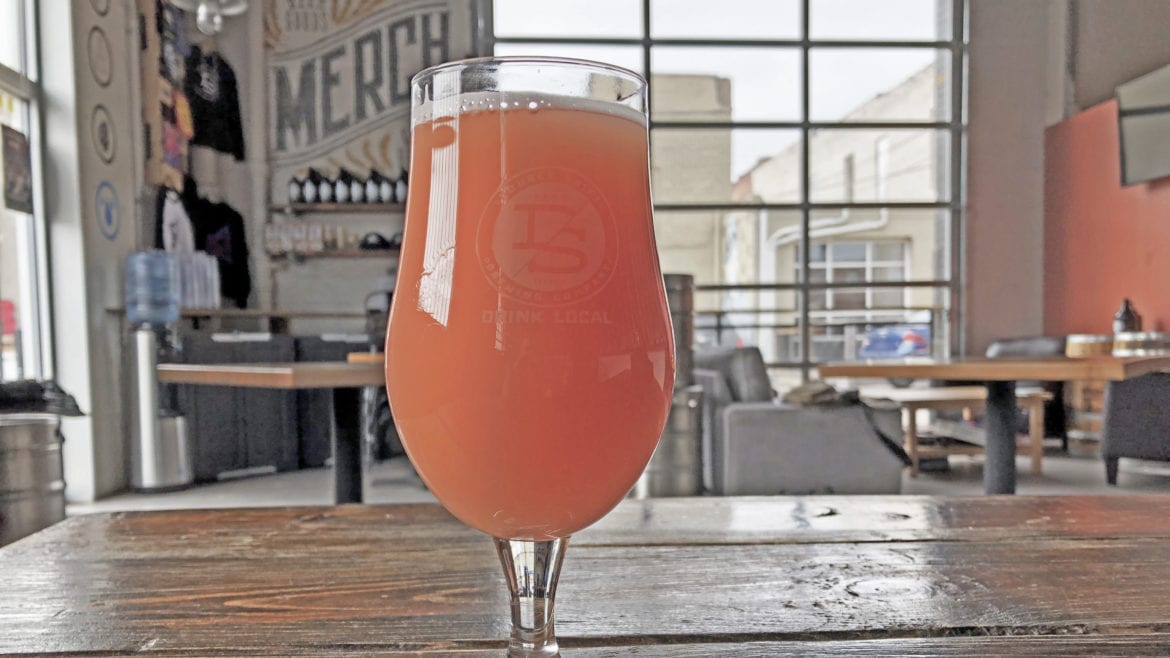 Annie Davis, the cellar at Double Shift Brewing Co., isn’t trying to make a statement by wearing pink boots. The founder of the local chapter of the Pink Boots Society has a simple answer for her choice of footwear on a recent Thursday.

Kansas City didn’t have a Pink Boots Society — the international organization committed to helping women build a career in beer — chapter a year ago. So Davis changed that, reaching out to Big Rip Brewing Co. head brewer Bri Burrows and Grain to Glass owner Jennifer Helber, to help launch Pink Boots in KC.

“There are a lot of women in the beer industry, but it seemed like they were few and far between,” Davis said.

The Kansas City chapter held its first brew day in 2018 and four meetings. Beyond training and educational opportunities, Davis found practical resources for how to lift kegs as a smaller person and where to find chemical resistant pants. Today, 22 women in Kansas and Missouri are members. 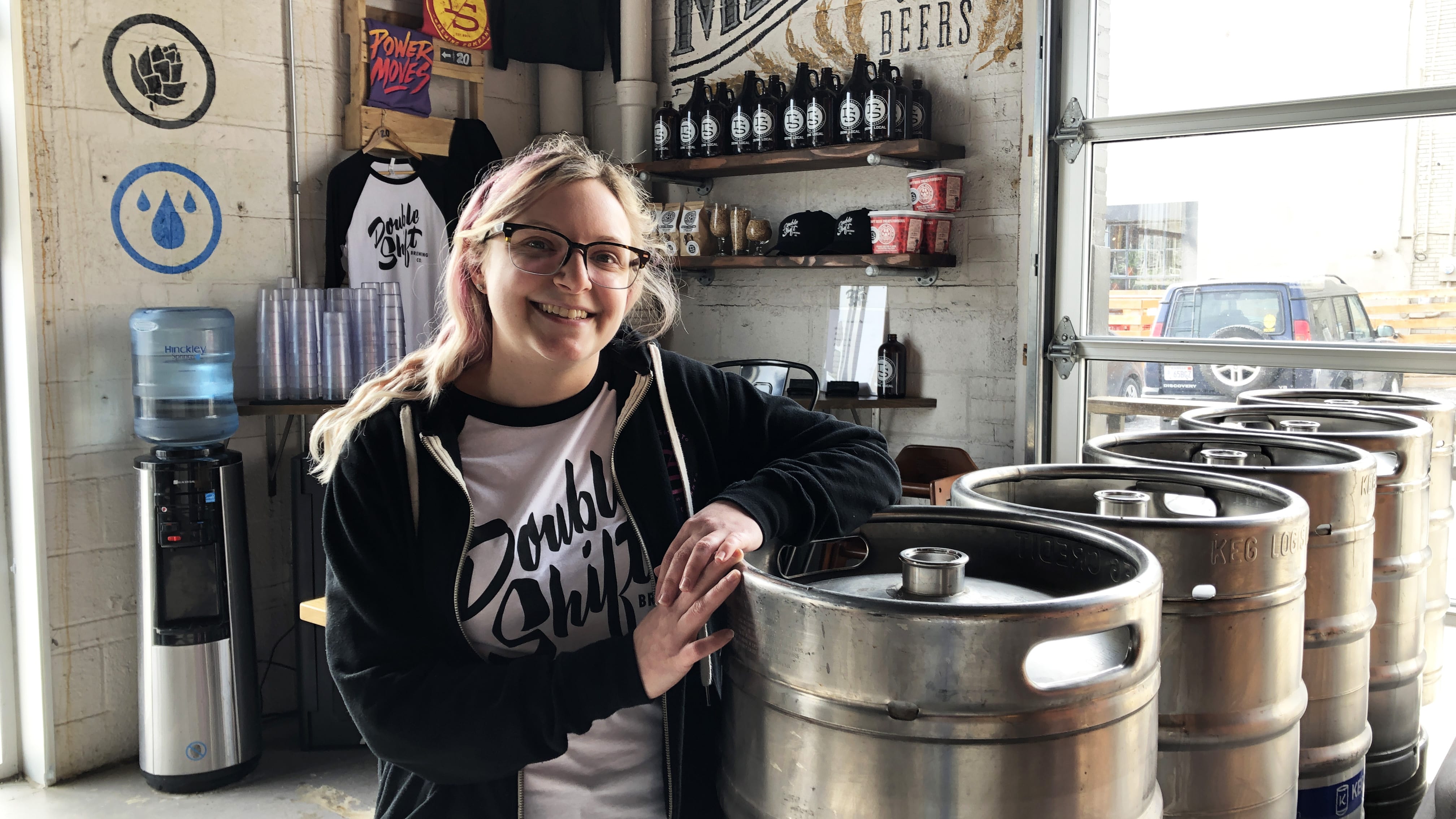 The next brew day is a fundraiser ($20) and open to all — men and women — at Double Shift Brewing Co. at 8 a.m. Friday, March 8. Nevertheless She Brewed will be a dry-hopped sour made with mango and passionfruit. The money raised benefits the international organization and provides money for scholarship opportunities.

“We have different people in different paths,” Davis said. “It’s about finding ways to make it work for you.”

Take a beer day trip. Mother’s Brewing Co. is throwing the Flyover Beer Fest on Saturday, March 9, from 2 to 5 p.m. The new beer festival will be in the backyard of the Springfield, Missouri, brewery and feature several dozen breweries from Arkansas, Kansas and Missouri. General Admission ($50) and VIP tickets ($75, entry at 1 p.m.) are available.

The Blarney Brew Off returns Saturday, March 23, from 1 to 5 p.m. in the parking lot at 204 SW Market St. in Lee’s Summit, Missouri.  A ticket to the home brew competition, sponsored by Grains and Taps, comes with a tasting glass, T-shirt and bag.

Boulevard Brewing Co. dropped a trio of beers on Monday. Ginger Lemon Radler, Rye on Rye 6, and !Vamos! (a Mexican-style lager made with plenty of malt) are all out now. Last week, the brewery announced that it would start selling canned cocktails later this month.

There’s a new candidate for your fridge. Logboat Brewing Co., based out of Columbia, Missouri, arrives this week. Bier Station is celebrating Mardi Gras with a host of Logboat taps starting at 3 p.m. Get a pour of the barrel-aged Imperial March or Mamoot (an English mild ale).

KC Bier Company has a new beer out at 2 p.m. Mai-O-Maibock (10% alcohol by volume) is an amber doppelbock with malt and honey flavors. The beer, a seasonal release, will be available on tap and in six-packs.

Fringe Beerworks (224 SE Douglas, Lee’s Summit, Missouri) will hold a Logboat launch party starting at 6 p.m. with five of the Columbia brewery’s beers on tap, including Bobber (a lager) and Dark Matter (a wheat porter). Martin City Brewing Co. is celebrating its fifth anniversary with a four-course beer dinner ($50 in advance, $60 at the door) at The Martin Event Space (13440 Holmes Road). It’s surf-and-turf — shrimp cocktail, filet mignon and salmon — and a dessert bar.

The Pink Boots Society brew day begins at 8 a.m. at Double Shift. They’re making a dry-hopped sour that’s a take on the brut (dry IPA) style with passionfruit and mango.

Get out and find your pot of gold. Martini Corners hosts a St. Pat’s Scavenger Hunt with KC Crew from noon to 5 p.m. Tickets are $20 in advance, $25 at the door.

Capture your pet’s inner glow with Paint Your Pet ($45) from 2 to 4 p.m. at Leinenkugel’s Kansas City (1323 Walnut St.). Apple Pie Painting hosts the painting party, which includes the painting materials and a drink (beer/wine/cocktail). Just keep in mind that Fido can’t attend — you submit a photo of your pet ahead of time.