You Asked About The KC Scouts, We Laced Them Up 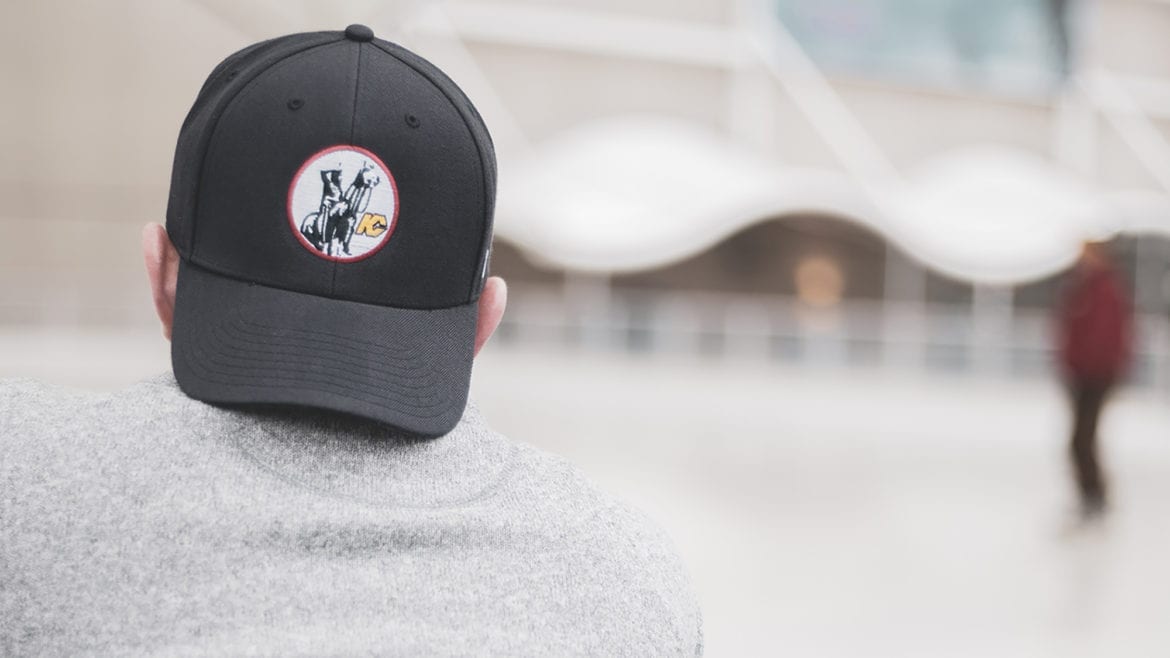 Joe Lynch makes slow, easy circles on the Crown Center Ice Terrace testing the edge on his newly sharpened ice skates. A pair of sisters watch wide-eyed, waiting for help to tie the brown laces on their skates.

I approach Lynch, an ice rink attendant, explaining that we might catch him in the background for a photo shoot we’re doing for this story about the Kansas City Scouts.

A reader reached out via #CuriousKC and asked: Are the Scouts fondly remembered, and is there an appetite for another NHL team?

Lynch lights up, a smile breaking on cheeks red with cold. He tells me that he still has his ticket stub from the Scouts’ first game.

“If you can’t win, you can’t draw,” said Randy Covitz, a long-time sports reporter for The Kansas City Star. “The Scouts were here and gone, and I think they’re a trivia question now.”

Before we go back in time, let’s stay in the present. The short answer to the second half of the question that sparked this story is that while there are local hockey fans — see the crowds that visited the Stanley Cup at The Blue Line (a hockey bar in the River Market) last week — there hasn’t been significant movement on a National Hockey League team coming to this city since the Sprint Center was built more than a decade ago. 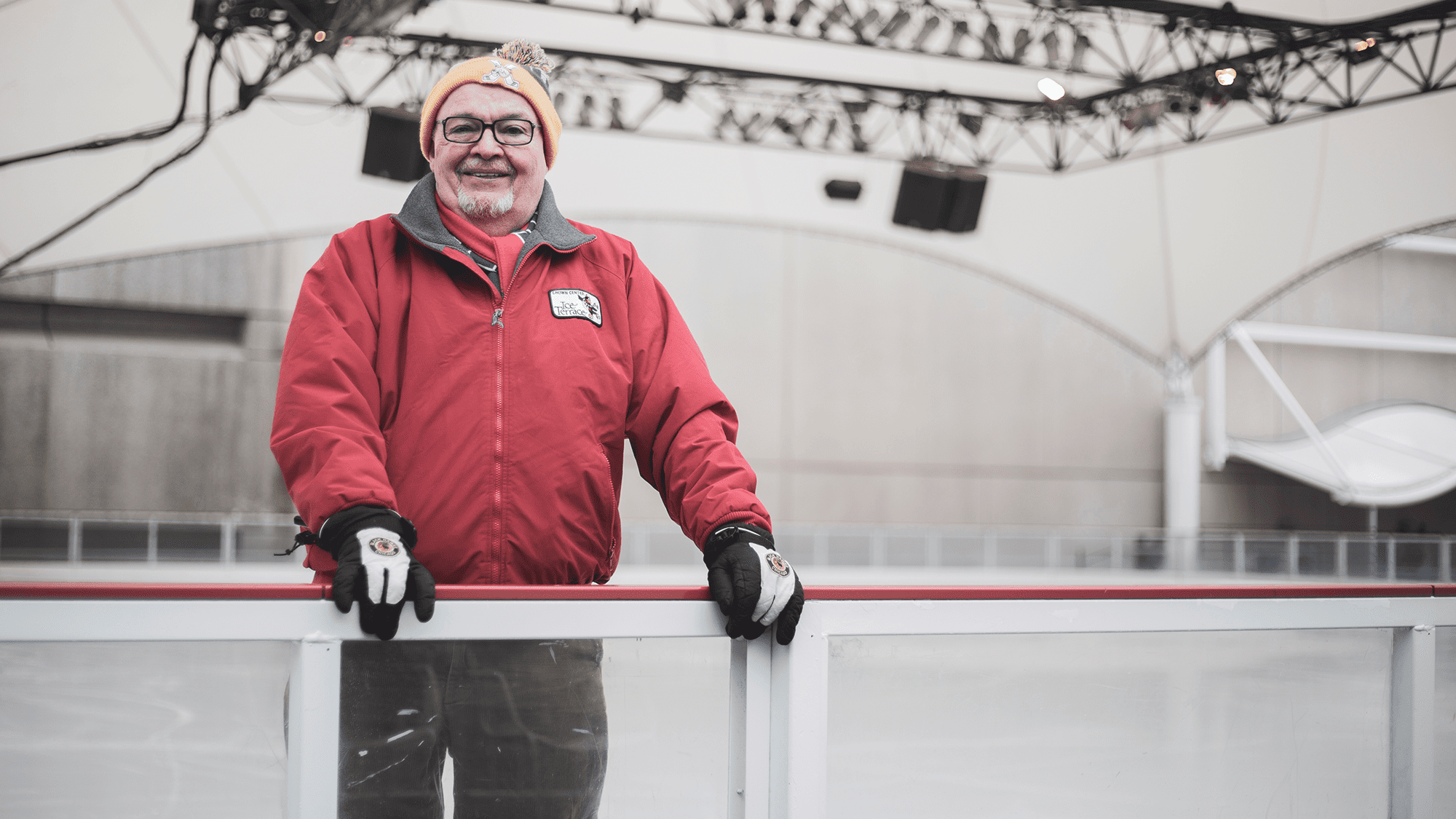 “The Fastest Game in Town”

Kansas City was granted an NHL franchise in 1972 and a new ownership group, among them former Kansas City Chiefs head coach Hank Stram and broadcaster Bill Grigsby. They were looking to find a home for the team they named after the iconic statue that overlooks downtown.

Overland Park was floated as a destination, but when voters rejected a sales tax to help fund the stadium, the Scouts landed in the West Bottoms.

Construction delays at Kemper Arena meant the Scouts started the 1974-75 season with an eight-game road trip. Even though they racked up the miles, they didn’t earn a single win.

Still, Joe Lynch and 14,757 other fans showed up to see the home opener. The program promised “the fastest game in town,” and the crowd gave the team a standing ovation as they left the ice.

“We were kids then, and it was our first exposure to hockey. We were hooked,” said Troy Treasure, author of “Icing on The Plains: The Rough Ride of Kansas City’s NHL Scouts.”

The applause proved fleeting. The team won 15 of the 80 games it played, losing 54 and eeking out 11 ties. Many games followed a similar script. The Scouts played hard, but faded in the final of three periods as opponents with more depth wore them down. As an expansion team, the Scouts had been forced to initially draft from a pool of players that, in many cases, sat at the end of the other team’s bench.

“What the NHL has learned is that it’s detrimental to your overall product to have teams that are so terrible,” Treasure said.

The Scouts’ struggles on the ice meant the average attendance was only about one-third of Kemper’s 17,000 seat capacity.The team tried to attract more fans by letting them on the ice after games and scheduling concerts with up-and-coming singers like Tanya Tucker.

Even when the Scouts won, they lost. “Scouts Edge Bruins — Really,” read the headline in The Kansas City Times after a Kansas City victory in Boston. [A fact I learned in Treasure’s book.]

The 1975-76 season ended for the Scouts with a 27-game winless streak. Shortly thereafter, a group led by oil magnate Jack Vickers purchased the team and moved it to Denver, Colorado. The Colorado Rockies would relocate six years later and become the New Jersey Devils.

“The money ran out,” Treasure said of the sale.

In some ways, the newly constructed Kemper Arena — now the Hy-Vee Arena — and the former home of the Kansas City Kings has had a more visible impact on Kansas City.

“Kemper was ahead of its time,” Covitz said. “The legacy of the Scouts was Kemper, and it’s still standing even though it’s been rejiggered.”

The Scouts do still exist virtually. In the video game “NHL ‘18” and “NHL ‘19,” enterprising gamers have designed replica jerseys with the logo and color scheme to play the game as a member of the KC Scouts.

And, since this is the internet, there’s a brisk trade in nostalgia.

Rally House has KC Scouts hats and shirts, and eBay has more than 1,700 listings for team ephemera and apparel.

“It’s one of our more popular shirts,” said Jon Holmes, a customer service representative with OldSchoolShirts.com, based out of Cincinnati. He estimates his company sells a few KC Scouts shirts per week. “It’s about people remembering their city’s heritage.” 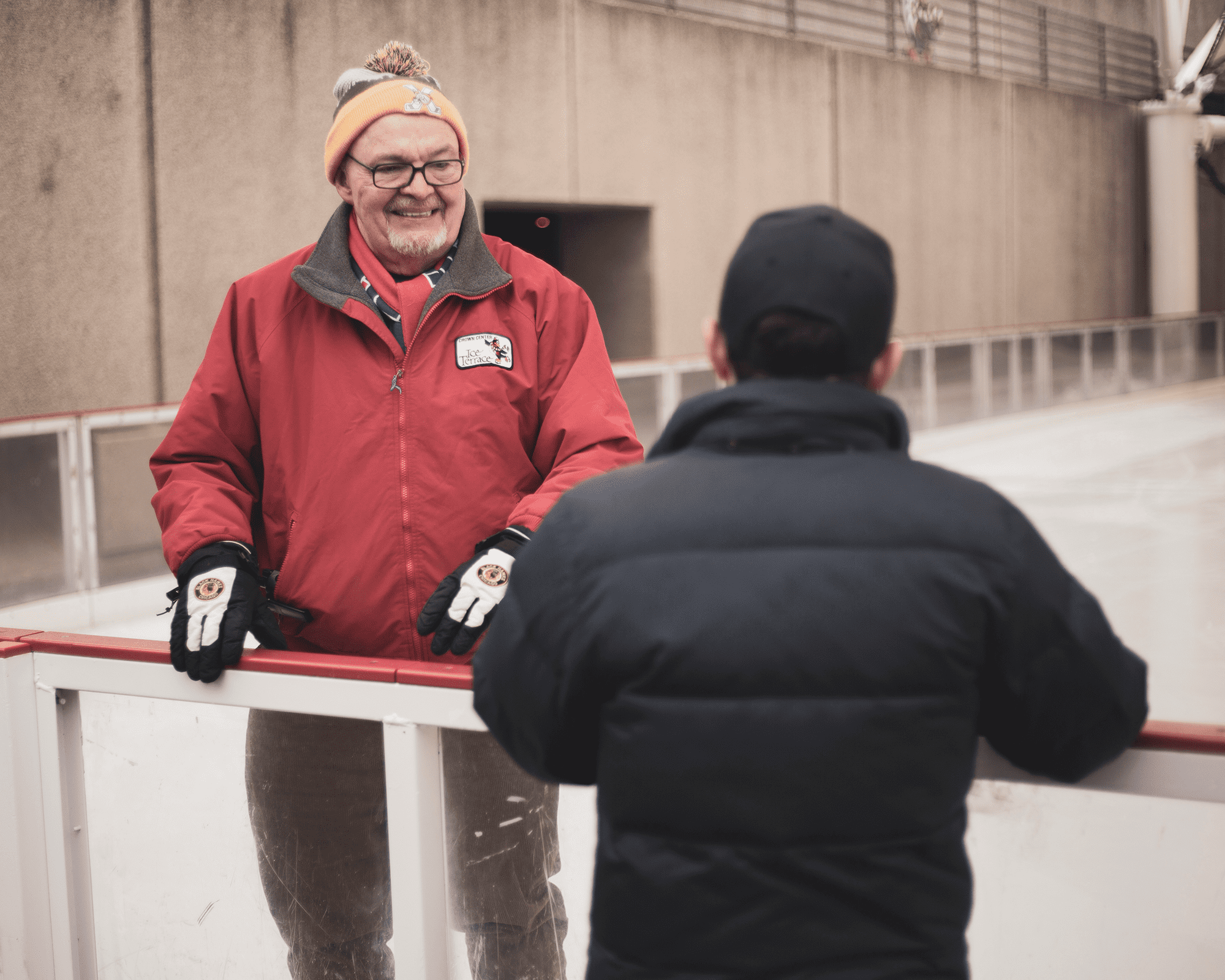 Back On The Ice

It’s the final week that the Crown Center Ice Terrace will be open; and Lynch takes a few more passes, leaving sharp lines in the ice. He still plays hockey, recently as a member of the Blind Zebras, a group of off-ice attendants (think referees) with surprisingly good senses of humor.

Lynch has an original Scouts jersey that he got at an estate sale. He estimates it might be worth thousands of dollars, but he admits that he wouldn’t dream of selling it.

“I don’t know how many people remember the Scouts,” Lynch said. “But hockey guys remember.”