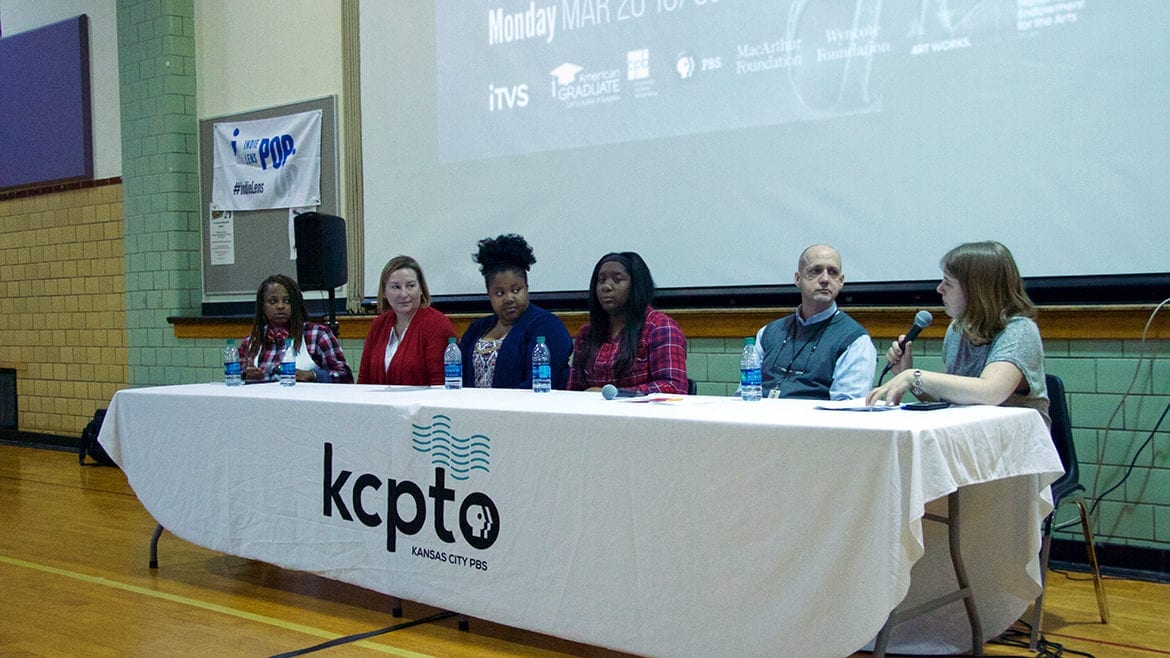 Before coming to DeLaSalle Education Center, NaKira, who is a high school senior in Kansas City, Missouri, says that she felt like she was a “bad kid.”

In partnership with DeLaSalle Education Center, KCPT hosted a special Indie Lens Pop-Up screening and discussion of the documentary “The Bad Kids” at the school on March 9. The film follows students and faculty at Black Rock High School, a remote alternative high school in the Mojave Desert serving students working to graduate despite the crippling challenges of poverty.

“Obviously the settings are much different,” said Mark Williamson, the Executive Director of DeLaSalle, during the panel discussion.

“The kids in the film seem to be burdened with what I will call ‘rural boredom,’ [but] what our kids contend with is urban chaos, which is much more intense,” Williamson said. “I understand that the film could not fully portray the trials and tribulations and even the celebrations that the students have to contend with, because it’s a film, but I think what you saw is just a thimble of the intensity that goes on in that school day in and day out.” 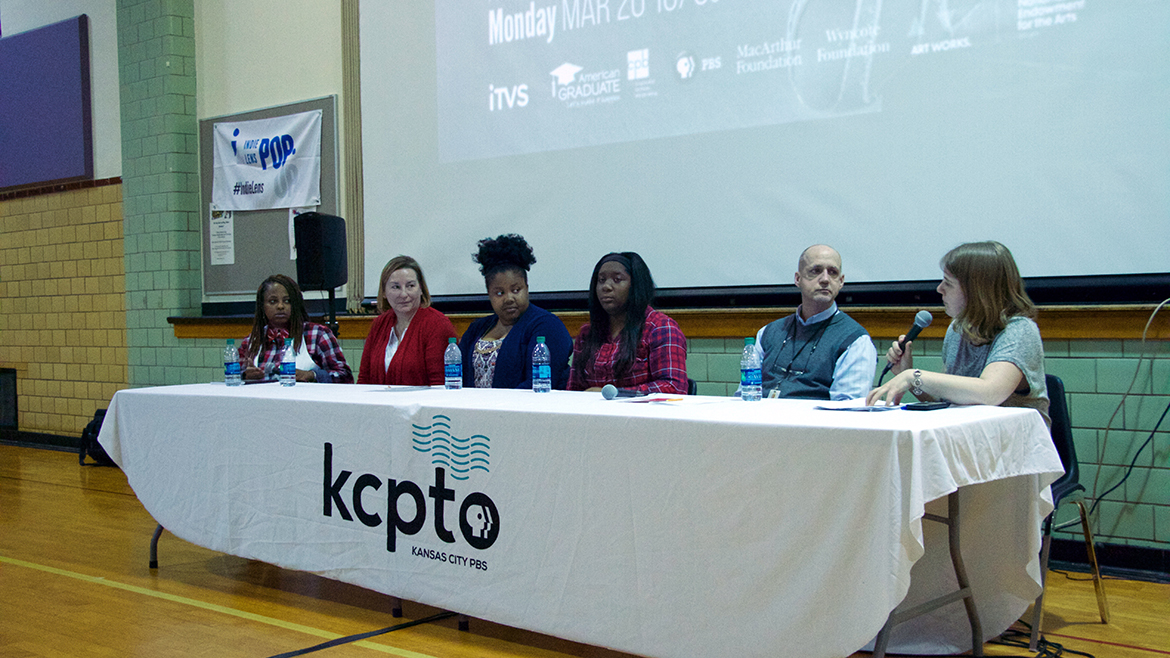 Along with Williamson, two members of the school’s Team of Care and two students, NaKira and Darrieux, shared their reflections on the film and connections to DeLaSalle.

Christina Kohn is the director of the Team of Care at DeLaSalle and said that while DeLaSalle is a larger school than Black Rock High School, both place a priority on individualized attention.

Kristi Washington, a therapist at DeLaSalle, added that when students come to the school, the first thing they do is share their life story and take a needs and strengths assessment.

“I think being trauma sensitive is an advantage that we do have here at DeLaSalle,” Washington said. “There’s a tremendous amount of loss that goes on, and they come to school, they have the resiliency and we just have to figure out creative ways to serve them.”

“So those are the kids we are working with here, and for them to be as resilient as [NaKira and Darrieux], that’s great,” Kohn said. “That’s what makes us special is that we’re working with those students and it’s not just the therapists, but our teachers are trained, our librarian is trained, our cook it trained.”

Darrieux says the emphasis on trauma sensitivity has not only made her realize that she can graduate high school, but it’s also impacted her personally.

“[At DeLaSalle] I had more help one-on-one, I had more support through my counselors,” Darrieux said. “I have changed as a person. I am more open now. I’m surprised I’m talking in front of you guys.” 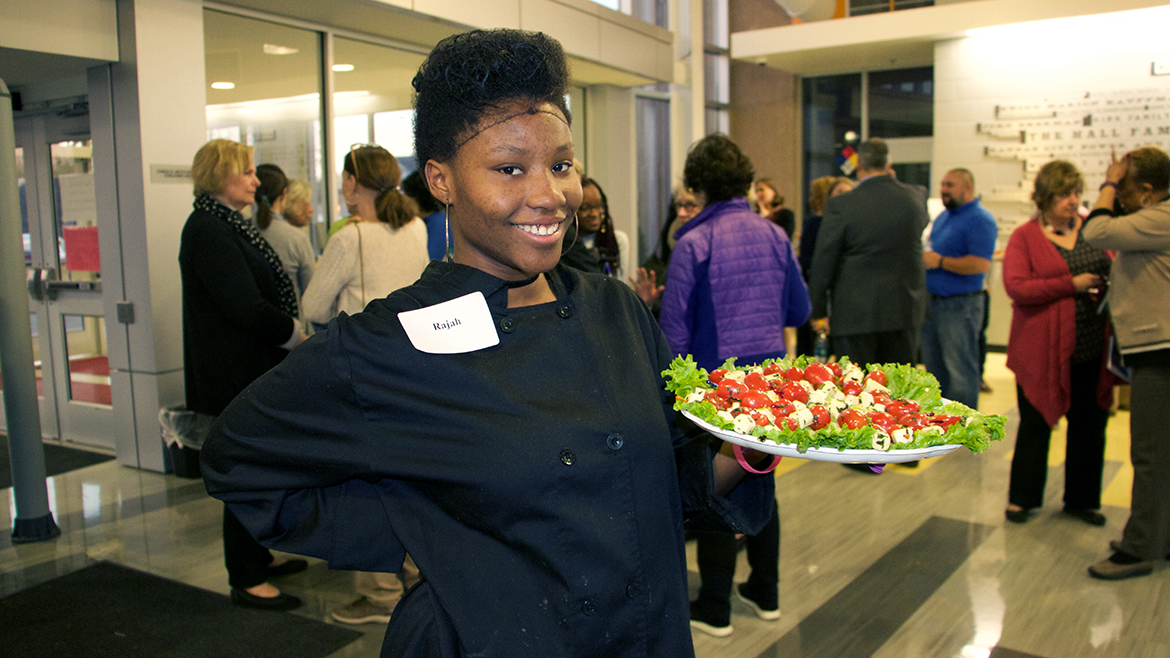 Students in DeLaSalle Education Center’s culinary program prepared and served a variety of appetizers at the KCPT screening of “The Bad Kids.” (Lindsey Foat | KCPT)

DeLaSalle offers a wide range of programs and services for students, including a culinary program. Students in the program shared their talents in the form of appetizers before the screening.

NaKira is part of the culinary program and says that it’s just one of the many possibilities she sees in her future. She says she’s been applying to several colleges, but hopes to attend University of Missouri – Kansas City.

“I really was looking forward to the culinary arts – as you can see I was one of the head chefs,” NaKira said. “But I also want to be in the nursing program, and also pharmacy tech, so I have a lot of things in mind to do after school.”