The prison population is growing, and growing fast. According to the American Civil Liberties Union, the number of incarcerated felons grew by 408 percent between the years of 1978 and 2014. Even more eye-opening: The number of incarcerated women in the United States ballooned 646 percent between the years of 1980 and 2010, according to a study from The Sentencing Project, a research and advocacy group dedicated to prison policy reform.

Here, five formerly incarcerated women in Kansas City tell their stories of how they found themselves in prison, and address the question: Is rehabilitation possible?

ANGELA SMITH | “If you would just let her live.”

Once Angela was released from prison, the struggle reintegrating into society proved too much to bear and she fell back into her drug addiction. When she received a phone call that her sister had been shot in the head, Angela made a deal with God. Spare her sister’s life, and she would make something of her own. 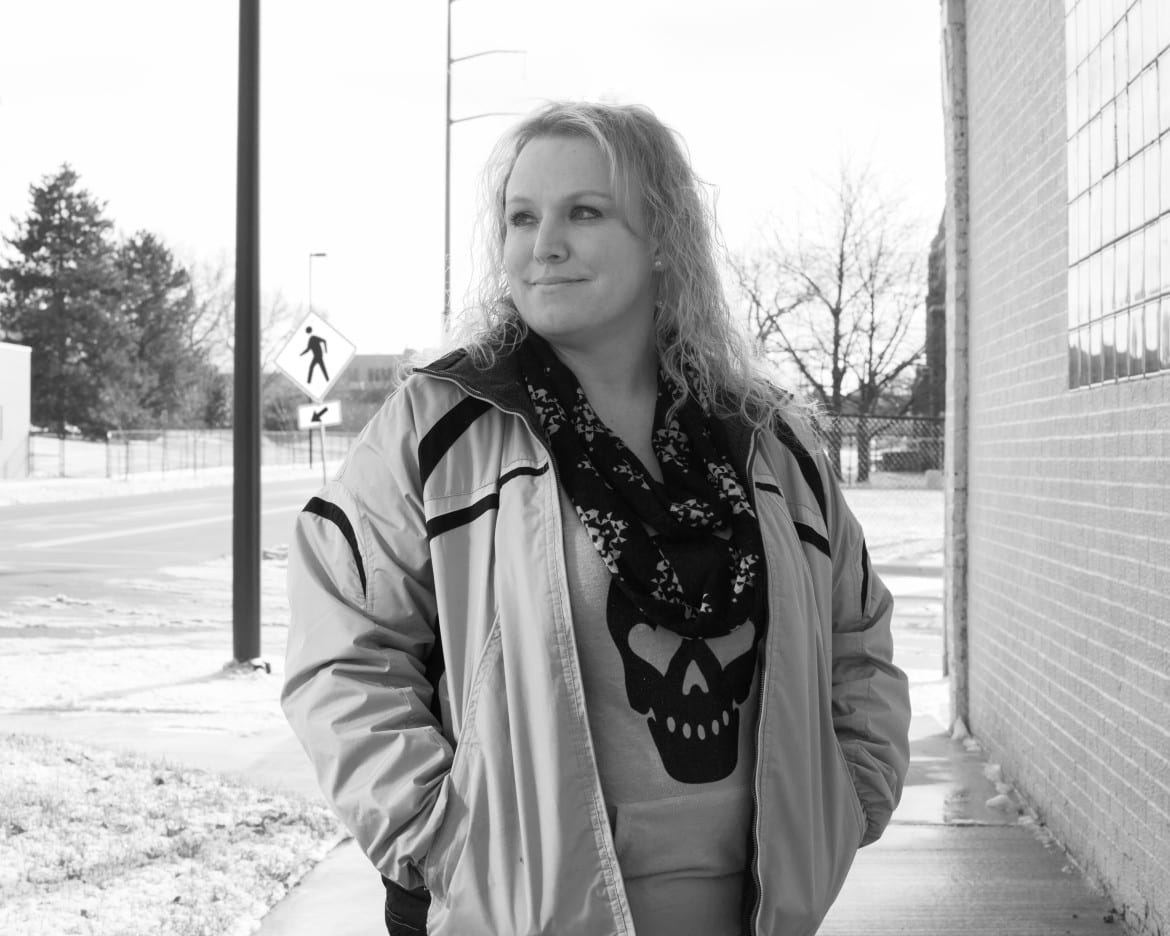 ASHLEY MARKESON | “It could happen to anyone, and it happened to me.”

After a night of drinks, Ashely’s world came crashing down when she seriously injured another driver in a car accident. Facing years in prison, Ashely had to face her demons first. 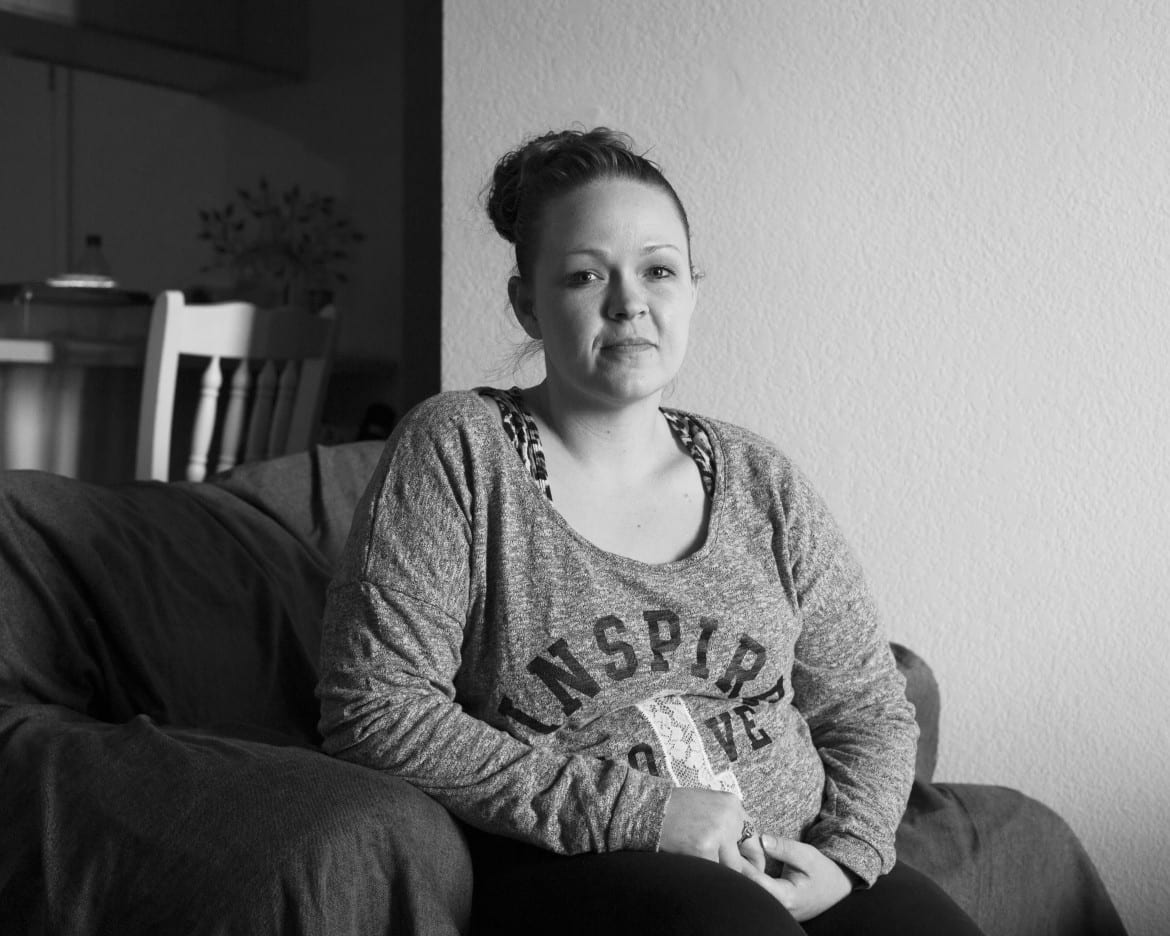 CHRISTINA BENZ | “I never had a chance.”

When Christina was 15 years old, her mother introduced her to prostitution and drug use. Ready to give up by age 30, she was happy to be in prison. Clean now for five years, she is coming to grips with her own potential. “I found out after all of this, that I am actually smart,” Christina says. 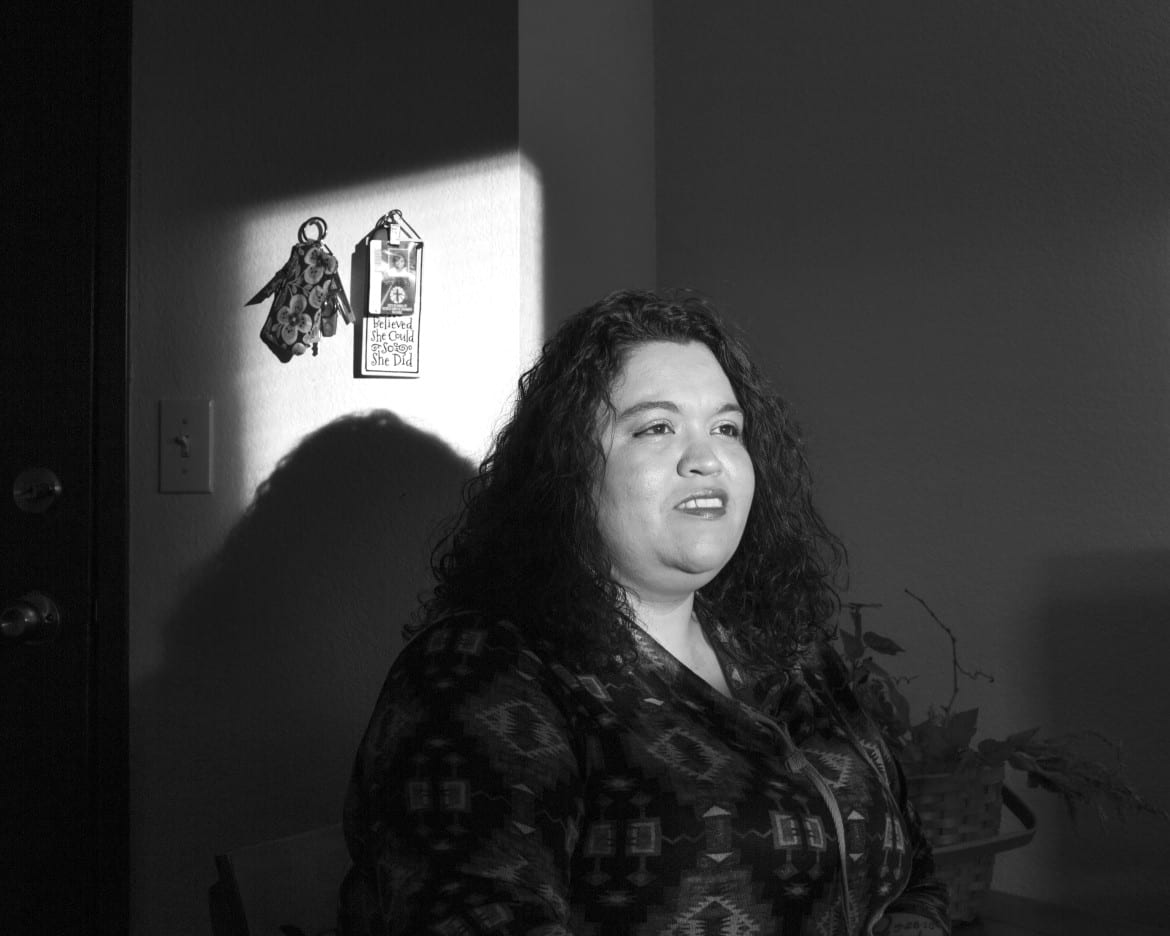 JAMIE GRAY | “Change is possible. You just have to want to.”

Strung out on meth, Jamie tried to wrap her brain around the 14-year sentence she was given for smuggling drugs. Counting the days until her release, she found it would take more than a cell to overcome her addiction. 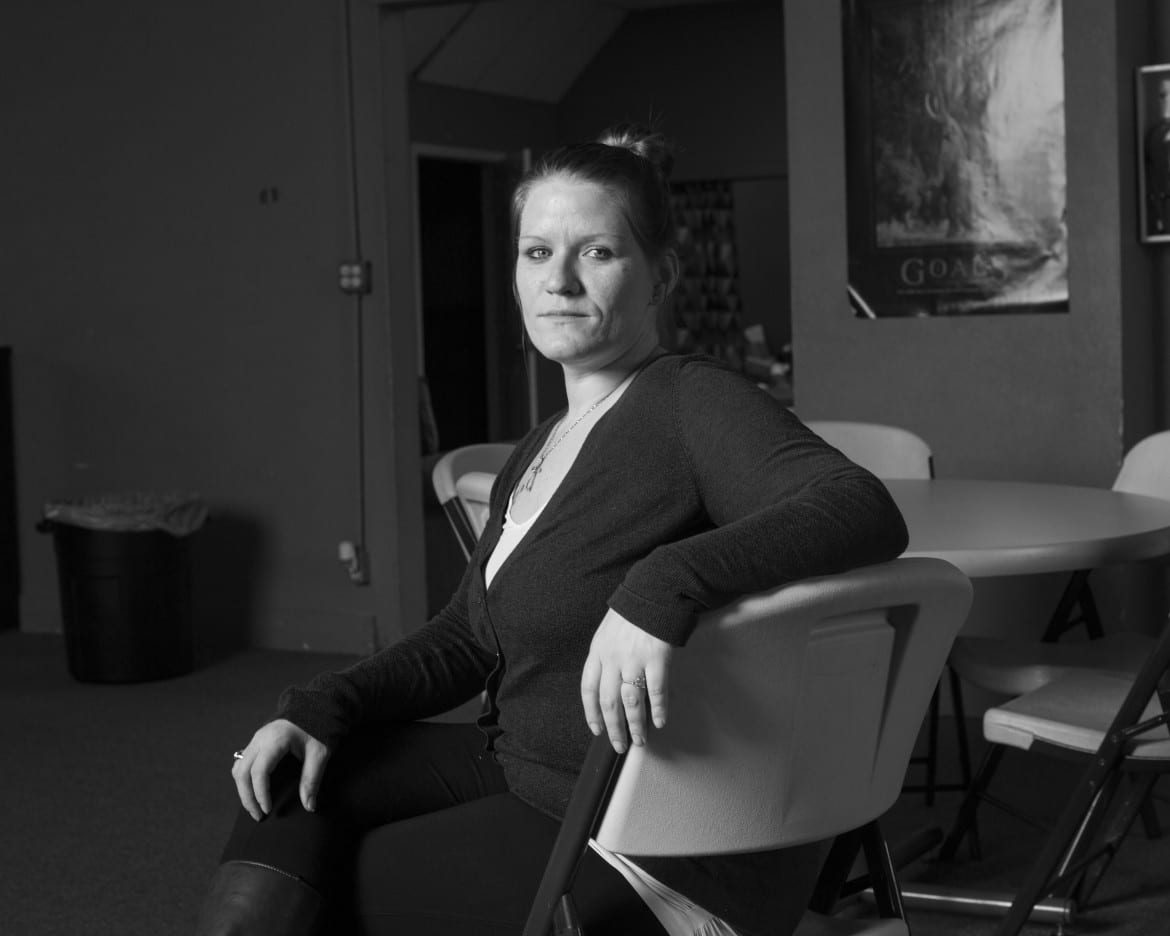 ALEISHA FRAZIER | “You’re better than this.”

After her release from prison, Aleisha found herself a few days later at The Power & Light District in Kansas City. Ducking into a restaurant, she burst into tears. “None of that was there when I got locked up,” she says. A stranger in her hometown, afraid that everyone looked at her as a felon, Aleisha made a decision. “I wasn’t going to run from it. I announced to the world I was felon.” A few years later, she founded her own company that offers job, housing, and emotional support to women who have been released from incarceration. 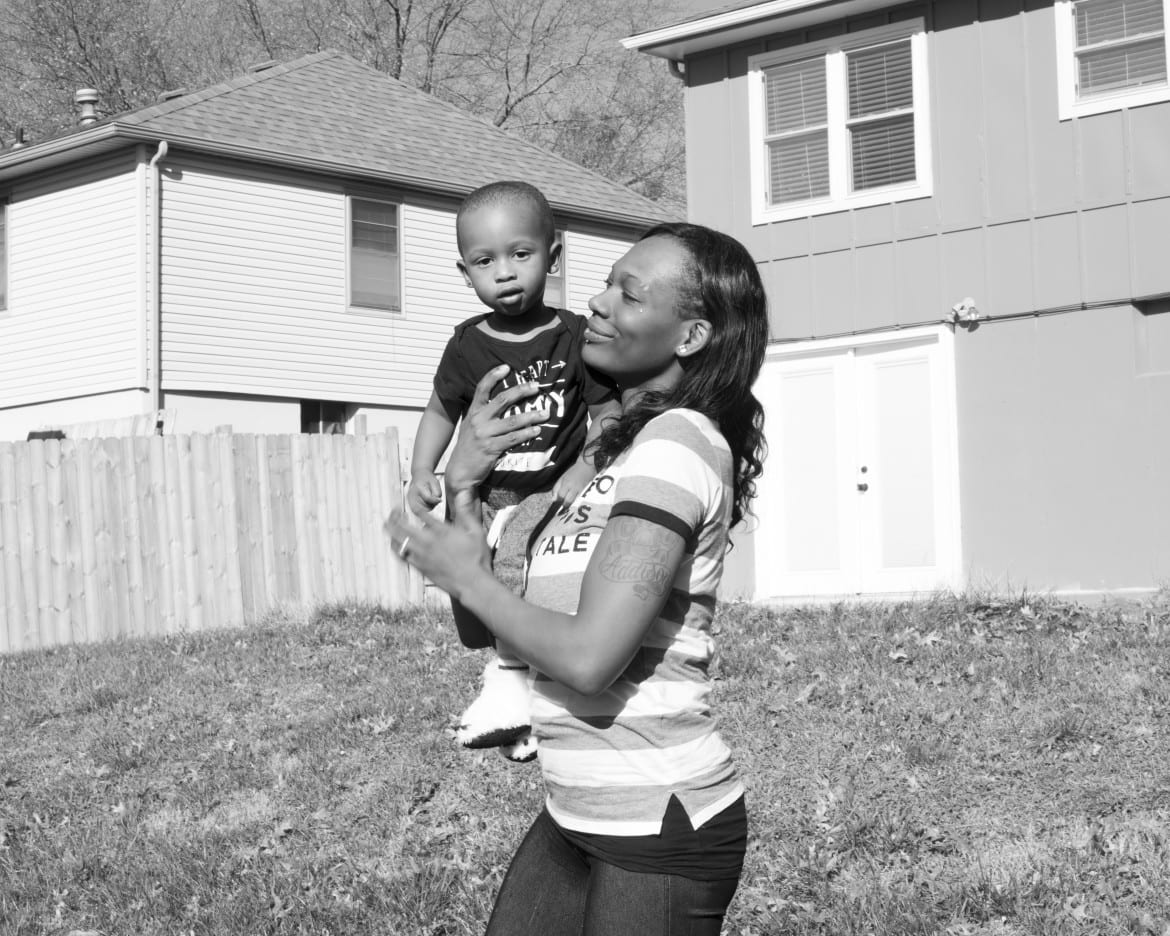 Thanks to Aleisha Frazier, founder and director of Felon Women 4 Change, and to the women at Amethyst Place for their help with this feature and for sharing their stories.

This story is part of a KCPT series focusing on issues of race, crime and justice in our region. The series includes the documentary “Our Divided City,” which premiered in January on KCPT and is now available online, and culminates with the play “Justice in the Embers,” an original production from The Living Room Theatre, The Center for Investigative Reporting, and KCPT, and runs Feb. 4-20.

Getting Unlicensed Drivers Off the Road ... By Helping Them Get Licenses

Could Strong District Attorneys Be a Solution for Police Accountability?

Effort in Wyandotte County May Be Instructive