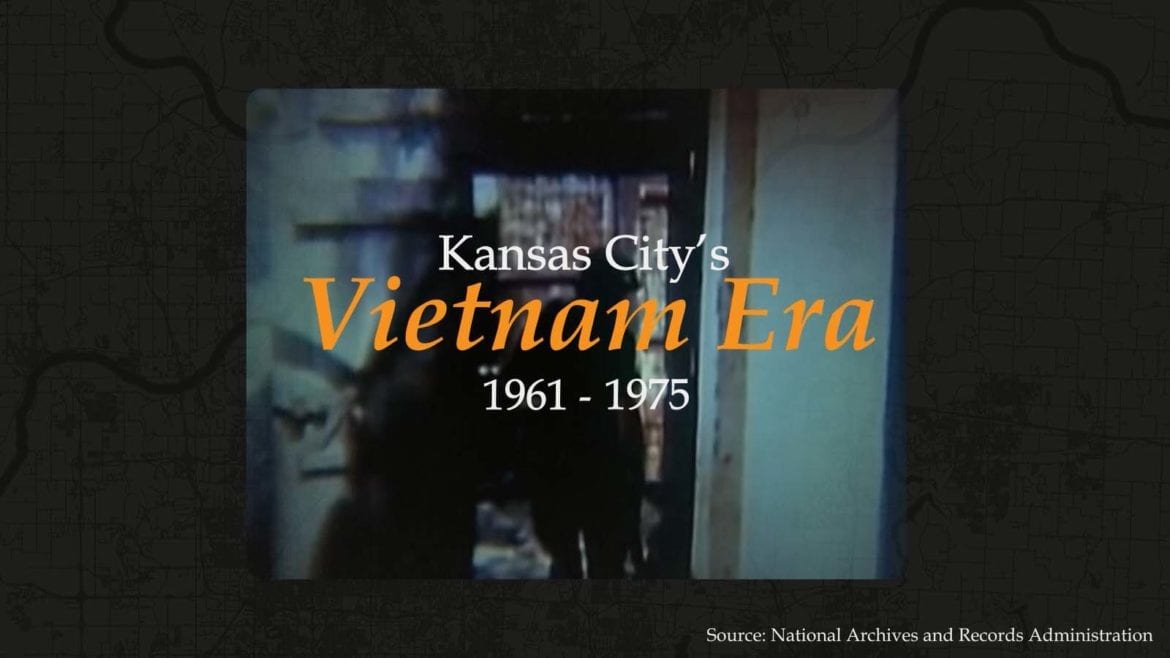 Get the story of Kansas City's Vietnam era history with this timeline. (Jesse Howe | Flatland)
Share this story

Musgrave, long known to Kansas Citians as an eloquent and thoughtful commentator and critic on the war, has been referred to as the Shelby Foote of the Vietnam War, a reference to the late historian who played a major role in Burns’ 11-hour documentary on the Civil War.

Burns praised Musgrave, who is credited with three purple hearts as a result of his actions as a Marine, ahead of their appearance the Arvest Bank Theatre at The Midland. Along with Burns and Musgrave, the KCPT-sponsored event featured screening of clips from the documentary, co-director Lynn Novick and another local veteran.

McGraw sits down with Vietnam veteran John Musgrave at their alma mater, Van Horn High School, in Independence, Missouri, to talk about the war, the draft and choices made. (Video: Cody Boston | Flatland)

Burns and Novick, who spent a decade on the 18-hour documentary, are sensitive to the raw emotions still in play over the war, but hope their film will launch long-delayed conversations. “The Vietnam War” begins airing on KCPT and other PBS affiliates Sunday, Sept. 17.

“We want fathers and sons to have conversations that they’ve never had,” he said. “Why did you go to that demonstration?”

Novick, who did much of the Vietnam production work, said people there were reticent initially, but later became very open because they wanted their children and grandchildren to know what they went through.

She added that having her and other women in the editing room may have helped balance the film.

“There was a lot of back and forth about how much of the violence of war the film should contain. You can overdo it, so it was helpful in the editing process to have both genders represented.”

Parts of the film deal with the inherent unfairness of the Vietnam-era selective service system, which funneled millions of boys from minority and low-income families into combat, and deferred millions of college students (including myself).

“We talk at length about what deferments were available and how beyond that, once the deferments were ended, how others with position and power could get out of that,” Burns said. “How early on, disproportionately the burden fell to poor whites and blacks.”

Of the 500,000 plus soldiers who saw combat in Vietnam, more than 150,000 were given less than honorable discharges.

Burns said that was partly because “as Nixon begins to draw down, you have a complete breakdown in the Army, because as John Musgrave said, ‘If it isn’t worth fighting for, then it isn’t worth dying for.’”

— Mike McGraw is a Special Projects Reporter for Flatland. Follow his stories online at FlatlandKC.org and @FlatlandKC. Ryan Hennessy provided research for this story.

— This story is part of Flatland and KCPT’s local engagement and reporting around the epic documentary series, “The Vietnam War,” from Ken Burns and Lynn Novice airing now on KCPT. The Vietnam War affected the lives of numerous Kansas Citians including veterans, civilians, activists and refugees. We hope you’ll share your own story and perspectives on the war and its impact with us here.