Kansas City and the Space-less Shuttle

In 1972, only 3 years removed from man’s first stroll on the moon, NASA set a new direction in space exploration. A reusable Low Earth Orbit Vehicle to be known as the Space Shuttle. A vehicle that could be launched like a rocket but land like an airplane.

The “Orbiter Vehicle #101” was originally to be called the USS Constitution, a name chosen to honor the United States bicentennial. However, fans of the television series “Star Trek” wrote letters in droves to NASA and the U.S. Federal government urging them to rename the space shuttle to Space Shuttle Enterprise.

Eventually, NASA and the Federal government agreed, and OV-101 was officially, and permanently, named Enterprise. In fact, several cast members and the creator of Star Trek were on hand as the Space Shuttle Enterprise was finally revealed to the world on September 17, 1976. 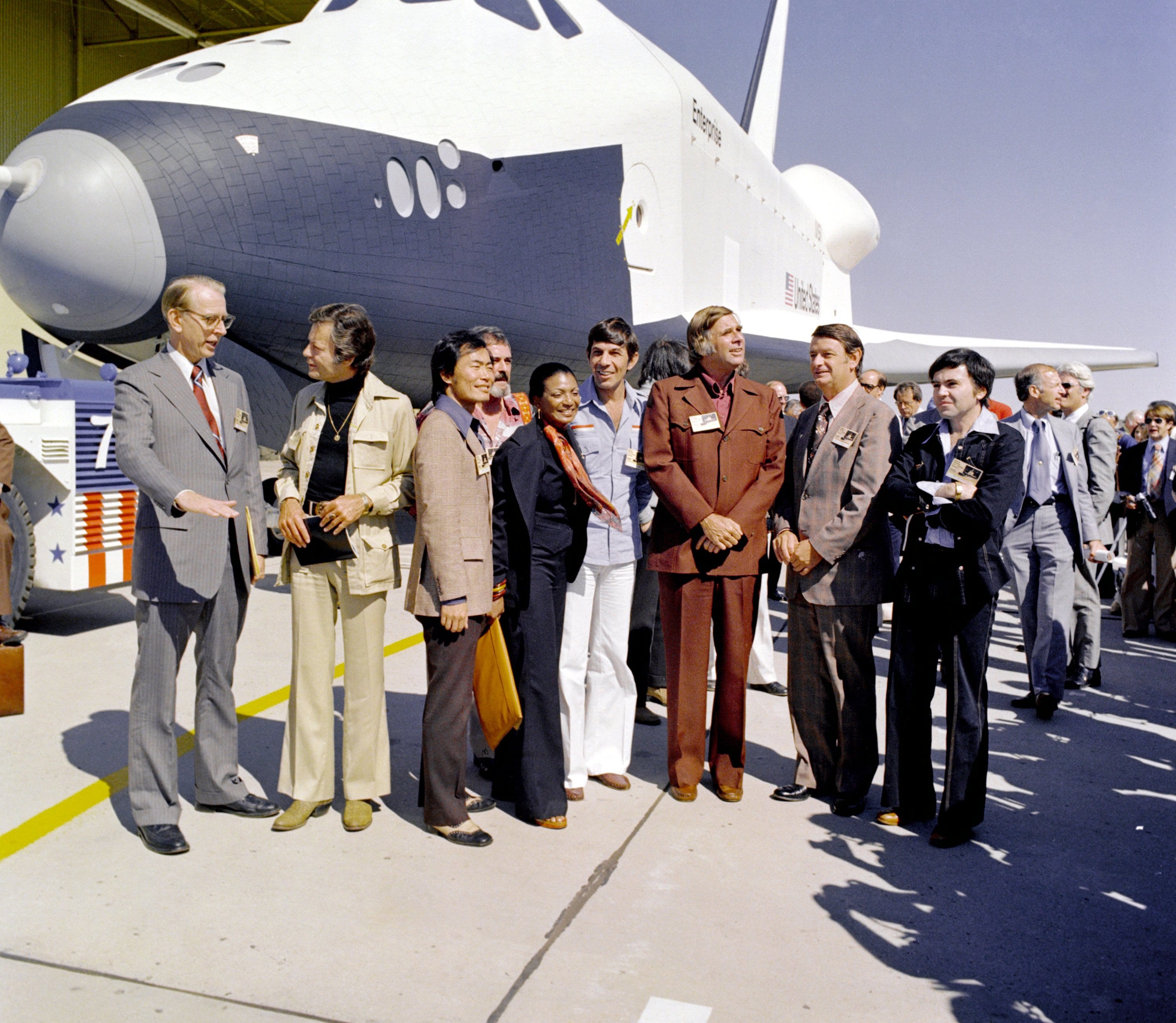 One of its key contributions came in 1977 when the Enterprise, attached to the top of a 747 was taken to an altitude of 24,000 feet then released to glide in for a landing. That would be as close to space travel as the Enterprise would ever come, as this shuttle was designed only as a testing vehicle and never meant for space travel.

After the launch of Columbia in 1981, the world became enamored with the American space shuttle program. So, starting in 1983, the Space Shuttle Enterprise began its new roll as an American ambassador traveling the world; visiting France, Germany, Italy, the UK, and Canada.

The following year, from April through November, the Enterprise took center stage at the 1984 World’s Fair in New Orleans. During its ferry from the World’s Fair back to California, the Space Shuttle Enterprise made an unplanned stop in Kansas City due to weather issues in the flight path.

Although the 3-day stop was not planned, thousands of people visited Kansas City International airport to see the craft that began the modern era of space travel. The Space Shuttle Enterprise departed Kansas City on November 13, 1984 and marks the only time a space shuttle ever called Kansas City home.

Happy 31st anniversary to the Space Shuttle Enterprise’s 3-day stay in the city of fountains.