Commentary | Sing Along, Then Speak Up 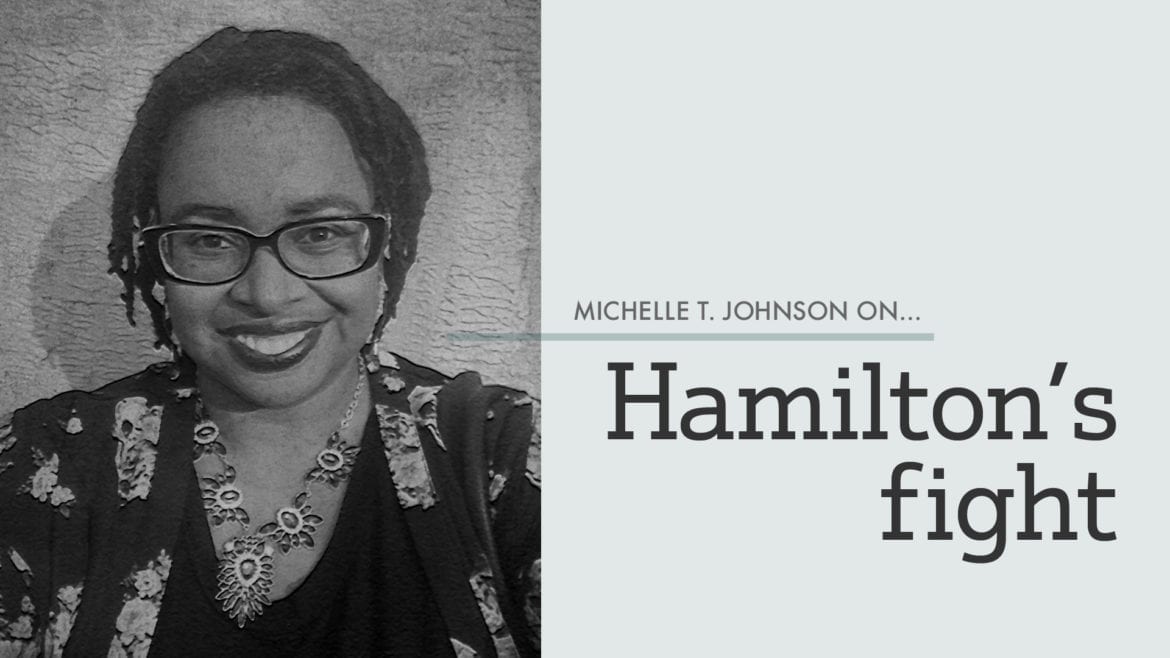 I’m in the same boat as everyone else — I can’t figure America out.

Despite the times I express criticism and discomfort, irritation and downright anger — I’m a proud American.

Maybe it’s because I’m an opinion writer and a playwright and am a veteran content consumer (fancy way of saying I’ve watched a lot of TV and movies and have read a bunch of novels in my life), I’m trying to figure out the narrative.

And because I’m an American, I’m damned confused on that narrative. I’m trying to figure out how a country gaga over “Hamilton: An American Musical” has a presidential nominee who has his polling numbers soar the more outrageously he attacks individuals and entire groups of people.

Look, this is NOT going to be a series of bash-Donald-Trump commentaries.

Take the songs, and let them be soundtracks to how you do American.

Back to “Hamilton.” Always back to “Hamilton.” I’m not a big fan of musicals, but as all my folks know, I’ve got an obsession about this one. It’s currently on Broadway, and it’s about founding father Alexander Hamilton. Only, it’s not. Lin-Manuel Miranda, the creative genius, composer and star who plays Hamilton, has taken the man’s life and the issues from the birth of our country and has framed this story using people of color to play the other founding fathers. And did I mention that the music is more Tupac Shakur than Sondheim?

The show has already won a Pulitzer Prize for Drama, received 11 Tony Awards, has been written up in every major publication in this country repeatedly, makes $500,000 a week in profits and is sold out through the first month of 2017.

And how does a red-hot musical with these kinds of themes sit side by side with a presidential nominee pointedly building a campaign around exclusion, seclusion and regression?

When you have lyrics from the song “My Shot,” about the Revolutionary War, that say:

“This is not a moment, it’s the movement
Where all the hungriest brothers with something to prove went
Foes oppose us, we take an honest stand
We roll like Moses, claimin’ our promised land
And? If we win our independence?
Is that a guarantee of freedom for descendants?
Or will the blood we shed begin an endless
Cycle of vengeance and death with no defendants?”

How do you not compare those words with every single social and human rights movement this country has had — and continues to have — since the Revolutionary War?

See, that’s cool if you spend the operating budget of a small mom-and-pop operation to travel to New York City and see the show. But if you bop your head and raise a glass during “Cabinet Battle No. 1” and “Cabinet Battle No. 2,” it would be nice if you transferred that to how you operate in present-day, real-life America.

The conventions are over, but the fight for identity, equality, opportunity and peace in the place you call home should be something you speak up for through more than just mouthing lyrics to a song. Take the songs, and let them be soundtracks to how you do American.

Or, to paraphrase Lin-Manuel Miranda’s “Hamilton,” American independence can be messy and full of contradictions, but we need to fight for it anyway.

— Michelle T. Johnson worked with KCPT as the playwright for StoryWorks KC’s theater production of “Justice in the Embers” and was a columnist for The Kansas City Star.