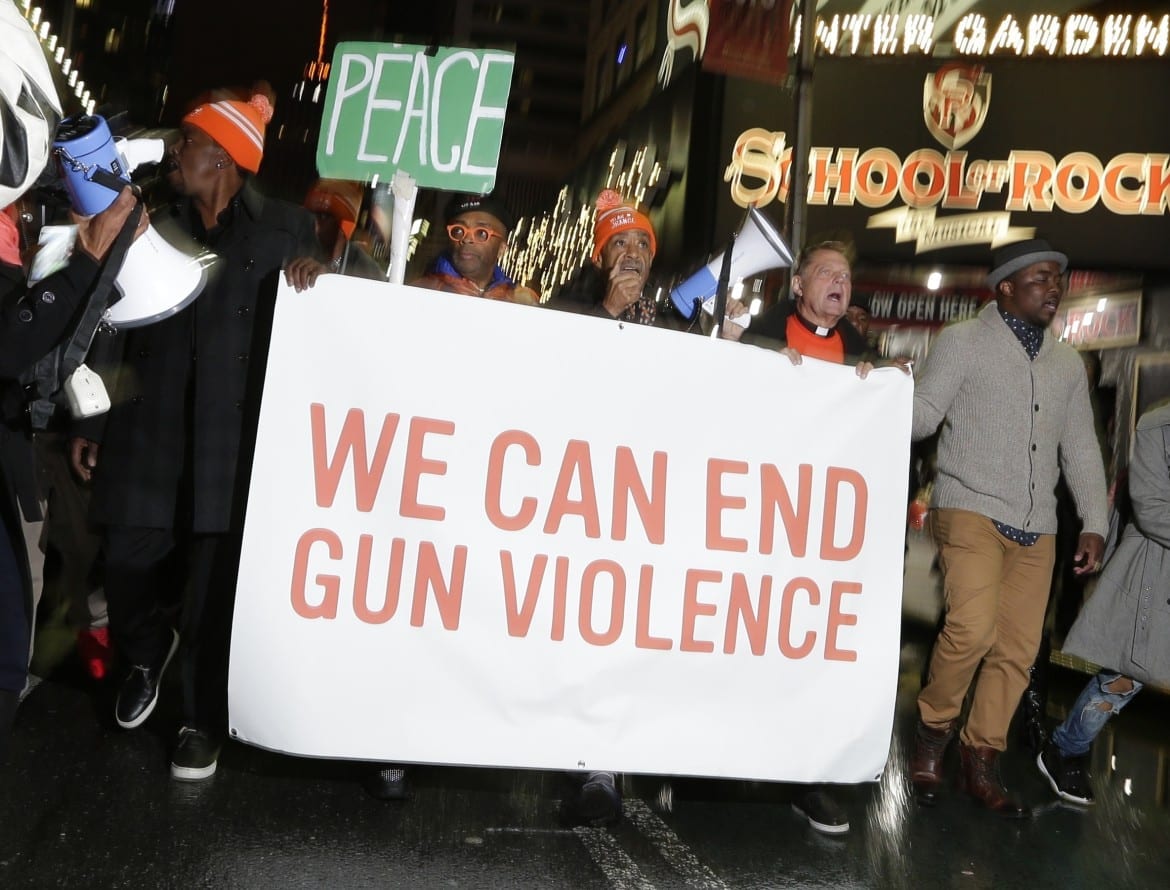 Spike Lee, The Rev. Al Sharpton and actors from the movie "Chi-Raq" lead an anti-gun violence protest in New York City. The movie is co-written by Kevin WIllmott, a film professor at KU. (Photo: Associated Press)
Share this story

This weekend, a local filmmaker is getting national attention.

Kevin Willmott, associate professor of film and media studies at the University of Kansas, was recently in New York City for the premiere of “Chi-Raq,” a new movie by director Spike Lee. Willmott is the co-writer and executive producer of the film.

The movie, a dark comedy, is written to examine the gun violence that has become a common theme in the news.

It will be shown at all AMC theaters in the Kansas City area. Here is a link for weekend showtimes.

The High Cost Of Allowing Concealed Carry In KU Hospital

Peace Outside and Inside

As the Mourning Continues After National Shootings, Local Groups Gather for 'Peace Walk' and Fundraiser

A Quick, Clickable Roundup Of Health News From Our Region For The Second Week Of April