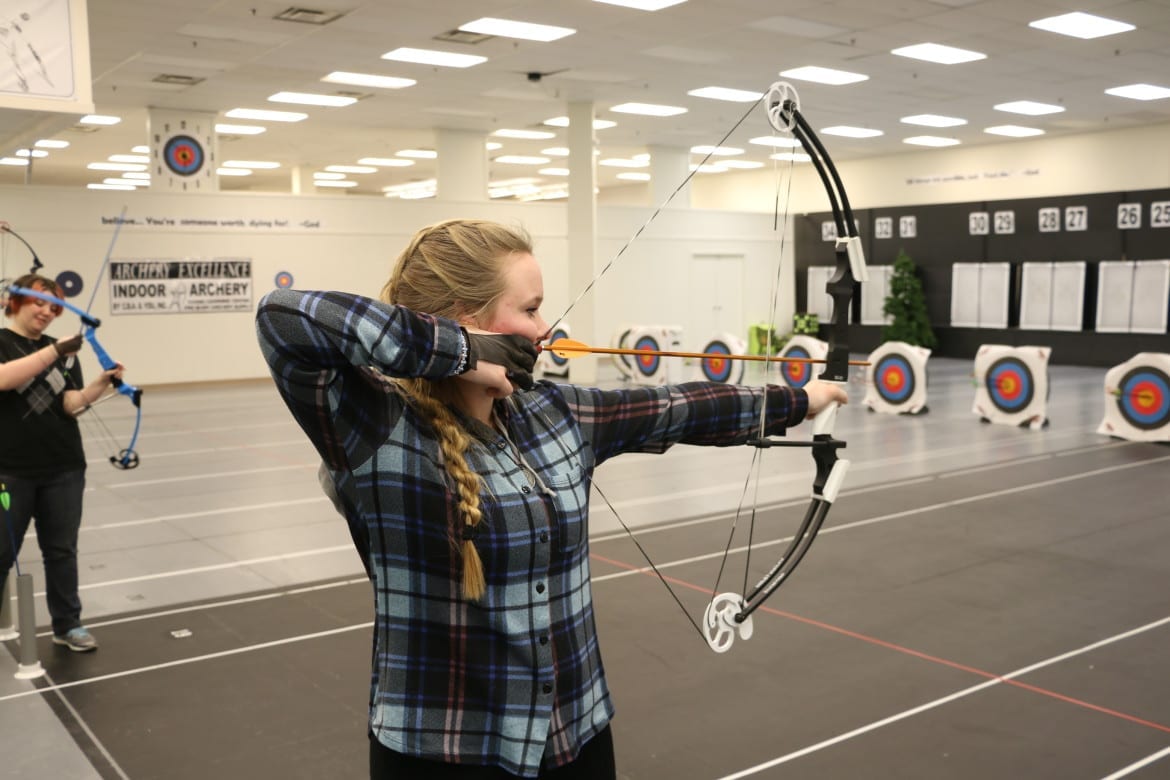 When Lee’s Summit West High School’s archery team broke the Missouri state record for highest team score on January 30th, head coach David Winslow looked over to his staff. High-fiving and hugging each other, his assistant coaches reveled in the moment. It was the accumulation of work that had been years in the making.

Nearby, the students, perhaps not fully understanding the gravity of their accomplishment, “did not display the same enthusiasm,” Winslow said. Shooting had become so second nature, the high schoolers didn’t realize what they had just done, and what it meant.

That’s because for many shooters on the team, archery has been a part of them for the better part of their lives. Many students on the team have been enrolled in the National Archery in Schools Program (NASP) and have been holding a bow in their hands since the third grade.

“By the time they get to high school, they have shot a lot of arrows,” Winslow said.

Archery is becoming somewhat of a phenomenon, a sport whose popularity is growing at a rapid pace, not only in Missouri, but across the United States. According to the Archery Trade Association (ATA), in 2015 there were 2.3 million students enrolled in archery at school, surpassing Little League Baseball with its 2.1 million students.

So, how has archery become more popular than the “national pastime” in school? Are “The Hunger Games” movies that popular?

Well, “it’s not that simple,” said president and founder of NASP Roy Grimes from his office in Kentucky.

Back in 2001, Tom Bennett, then deputy commissioner of the Kentucky Department of Fish and Wildlife, had the idea of “establishing archery as a high school sport as a way of shoring up the popularity of shooting sports for the future of wildlife and conservation,” Grimes said. In other words, recruit hunters, so they would end up buying hunting licenses and hunting products, which in turn would benefit the department.

Grimes and Bennett pitched the idea to Gene Wilhoit, then commissioner of education in Kentucky. Meeting in a Kentucky high school gymnasium, the three set up a target and let Wilhoit shoot a few arrows. Grimes said Wilhoit, “not known for his cheery disposition,” started to laugh.

“He turned to us with a smile and said, ‘Kids will love this,’” said Grimes.

Wilhoit had one stipulation, however, before giving the green light on the program: Make NASP part of the school curriculum, and start it in elementary school.

“What a stroke of genius that turned out to be,” said Grimes.

Since then, the popularity of archery in schools has grown at a faster pace “than anyone at NASP dreamed it would,” said Grimes. After its conception in 2001, NASP has expanded to 47 states and 11 countries worldwide, with more than 14,000 schools participating.

In Missouri, the number of schools participating in NASP has grown from 175 to 563 in the last four years alone.

Not surprisingly, hunting states like Texas, Virginia, Minnesota and Michigan lead the nation as far as the number of schools enrolled in the NASP program. However, NASP is also showing its appeal where hunting is scarce. Just recently the department of education in Washington, DC announced they would be implementing NASP in every public school in the area, making archery a required part of the fitness curriculum.

“The reason it has grown so fast is because NASP is set up so well,” Winslow said. “Just the way they get it into the hands of the teachers, coaches, and students, it is really a streamlined program.” 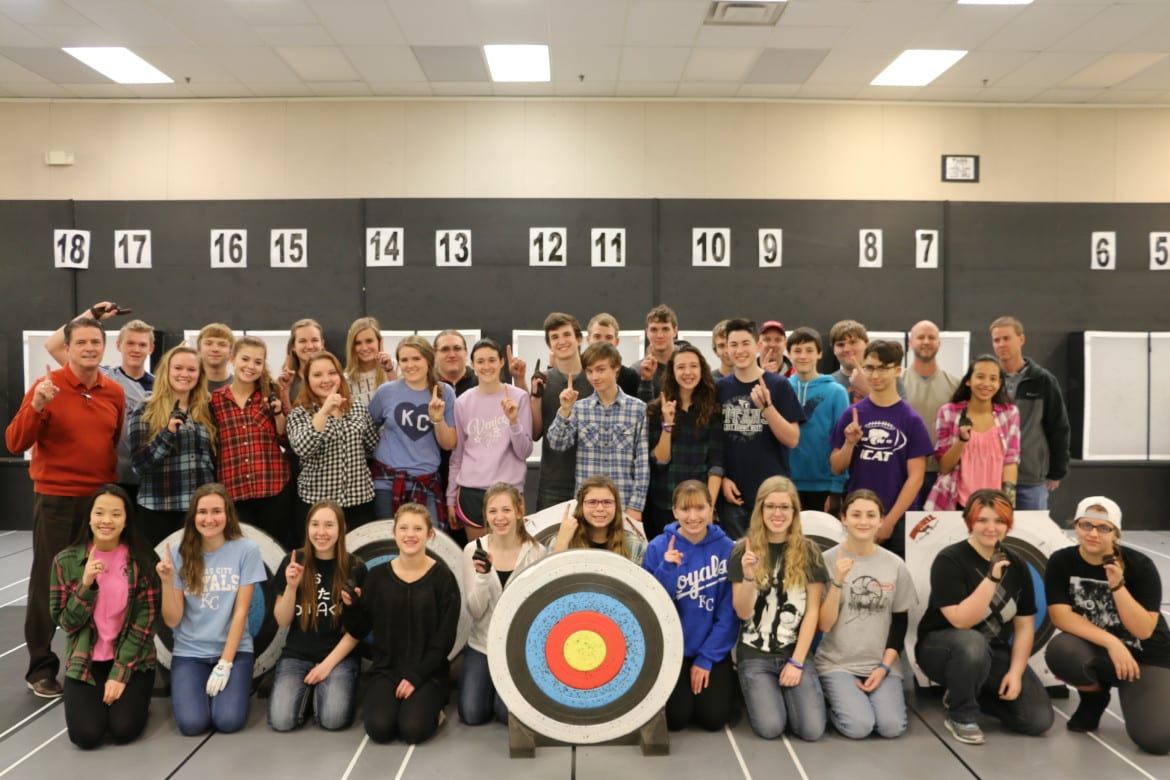 Eric Edwards, the Missouri NASP coordinator, said the success of the program is largely due to the positive benefits archery gives students.

“Particularly in the classroom,” said Edwards. “There are 11 steps to shooting an arrow, so archery forces kids to slow down and focus. We have found that it directly correlates to reading test questions carefully, and paying attention for longer periods of time.”

Edwards said archery also builds self-confidence and gives students, who may not have the physical skill set to play contact sports, a sense of belonging. The NASP program is also designed for archers to improve at the same pace as their peers. The group all starts at the same distance from the target, and will not step back until everyone in the class has successfully hit it, “leaving no archer behind,” Grimes said.

Archery is also a co-ed team sport. As talent is evenly distributed, Winslow said it is common for a young girl to beat a much older boy in competition, empowering young girls, and promoting gender equality.

Winslow, an avid archer himself, admits he hasn’t beaten his own daughter, Shelby, since she was in the sixth grade.

Of course, Shelby, a junior at Lee’s Summit West, is the reigning three-time Missouri state champion. She also holds the Missouri state record for highest score in competition at 297. A perfect score is 300. To visualize what that means, that is 27 golds (the equivalent to a bulls-eye) out of 30 attempts.

While hopeful for a fourth-straight state title, college scholarship and the chance to compete in the 2020 Olympics, Shelby said that for now she is having just as much fun beating her dad on a regular basis. A poster child for NASP’s success, Shelby didn’t pause when asked how long she plans to shoot arrows.

“For the rest of my life,” she said. “Archery will be a part of my life forever.”

Shelby’s sentiments are shared by many of the students who have gone through the NASP program. In a 2012 study, The University of Florida found that 64 percent of NASP students interviewed said they plan on continuing archery after high school ends. Meaning archery may be here to stay, with our without “The Hunger Games.”

Shelby will defend her state title in March.

Get Inside and Play